Opinion: In The Absence Of Game Industry 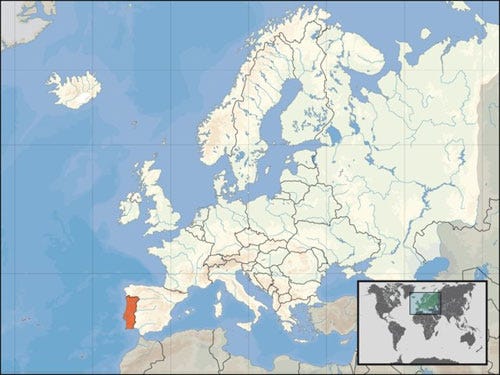 You might have heard from us recently in the news. Portugal has a voracious appetite for games: PS3 games sell for 70 euros, roughly 100 dollars. When Metal Gear Solid 4 and Red Dead Redemption were released, they actually sold out, which means people actually pay that kind of money. World of Warcraft expansion releases are always met with endless lines, and national “celebrities” promote Nintendo’s products in terrible campaigns. When the Wii came out, they did a little tour around the country demoing it and every Christmas it almost sells out. The crop of 3DS ads with local celebrities is both appalling and a travesty, because while these celebrities are having fun playing mindless Augmented Reality games, students in colleges and Universities are being told that game development is not an option in Portugal. Even just talking about the subject in public is met with derision and disdain. Our Game Industry My country contributes to the game industry as consumers, but not as producers. There have been several attempts to jumpstart this country’s game industry, but I wouldn’t be writing this article if they had been successful. We don’t have game design schools, nor game houses, nor guaranteed internships in the game business after graduation. There are companies making games, but not necessarily the games they want to make, but there aren’t enough of them, nor do they have the capacity to employ everyone that wants to develop games in this country. There are some exceptions: Seed Studios, established in Oporto, are currently undergoing QA for their first title, a PS3 downloadable game called Under Siege. It looks stunning and I’m proud that some of us managed to rise to the challenge without withering along the way. VectrLab, a company formed with the help of the University I attend, are also building a game, liZboa, a zombie FPS set in our country’s capital. However, compared with Spain, our neighboring country, whose Madrid-based Pyro Studios has existed since 1996 and created the worldwide acclaimed Commandos series, Portugal’s game development scene is dead in the water. We have a vast number of qualified technical people and a lot of gamers. I haven’t met anyone that didn’t know at least tangentially what World of Warcraft is, and everyone I met in the IT field has played it. A lot of these people also express interest in the video game industry. Why haven’t we been able to build a profitable product, since so many of us are gamers, technically proficient and would love to work in that area? Why are potential game designers, programmers, sound technicians, musicians and artists forced to either leave the country or submit to other job offers outside the game development field? Previous efforts were committed to making a Portuguese game to sell on Portuguese shores, but the only games that sell here are big blockbusters. We should aim for the international market, and this is the best time to finally kick this country’s and the world’s game industry into gear, because I think we are witnessing something special. Rise Of The Game Developer There were never as many game developers as of now and each day something new happens. A new hero rises to the top of the Apple App Store charts, a new indie bundle is announced on Steam, and people like Superbrothers + Jim Guthrie + Capybara of Sword & Sworcery EP fame, Andy Schatz, creator of Monaco, Adam Atomic, creator of Canabalt, Markus Persson of Minecraft fame, among others, set out examples of successful game design and hype generation with great payoffs. They are examples to be followed, not copied, because each achieved recognition in their own different way. The advent of self-publishing removes previous constraints and every day we see more people going indie, forming their own companies, learning the trade and spreading the love of game development. I’m going to do my part and I’ll tell you how it goes. [This piece was reprinted from #AltDevBlogADay, a shared blog initiative started by @mike_acton devoted to giving game developers of all disciplines a place to motivate each other to write regularly about their personal game development passions.]
Get daily news, dev blogs, and stories from Game Developer straight to your inbox
Subscribe