Opinion: A closer look at the strategy behind Apple Arcade

SuperData Research founder Joost van Dreunen takes an in-depth look at Apple's newly-announced games subscription service and whether it has a chance to succeed in the current market.
Kris Graft
Publisher
March 26, 2019

Joost van Dreunen is a games industry researcher and founder of SuperData Research.

Apple is rolling away from the tree. A bit.

With the games industry traditionally vacant following the week after GDC, Apple apparently didn't get the memo and started Monday with a landmark announcement: it's launching a mobile gaming subscription service.

At its showcase this week the consumer electronics giant announced several new content services, including, and most interestingly, the Apple Arcade. The subscription-based service is a deviation from what has allowed Apple to become an absolute juggernaut in the industry: by offering premium titles for a fixed monthly fee, it effectively forfeits the free-to-play revenue that drives its success. Nevertheless, Apple is looking to build on its success in mobile gaming by adding a new business model and playing a more significant role outside of mobile. 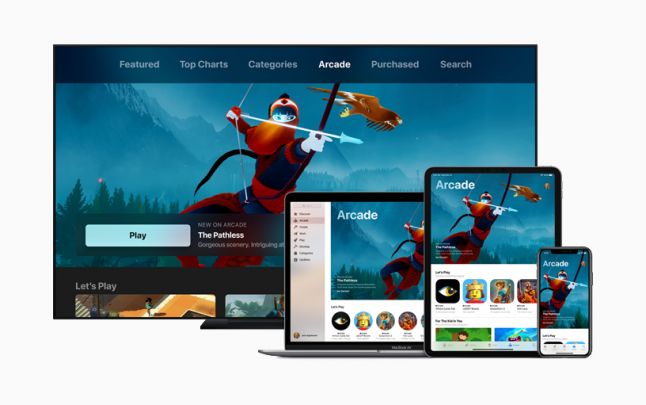 If you’ve read my write-up on Google’s Stadia announcement, you could’ve guessed that I’d find Apple’s announcement more substantive. It focused on content and a particular creative vision that was wholly lacking from Google’s. Exclusive, exciting content is what drives people to adopt a platform or spend more time on it. And, FWIW, its announcement gives credence to two of my predictions: first, that subscriptions would become a major part of the industry, and second that there would be more attention for kid/family-friendly content.

Its content strategy is right on the money. Premium titles, the kind that do notrelentlessly hit you up for cash, have been buried so deep in the industry's digital offering that they’ve re-emerged as a novelty. The persistence on multi-player game mechanics aimed at creating positive network effects that can be monetized is very much a 'tech' approach to content. But it has also abandoned much of the narrative-driven single player experiences that many of us enjoyed growing up.

There are several strong components to Apple’s strategy here.

First, in a marketplace where content has become an absolute commodity, there is a growing demand for premium titles. User acquisition costs have skyrocketed but consumer spending has not kept pace. No amount of clever UA tools and algorithms can solve the discovery problem in a nearly infinite mobile game offering. With the top ranking spots largely controlled by a handful of firms, it is now impossible to outspend the titans of mobile gaming. By creating a subscription program, Apple enables newcomers that create different experience to connect with consumers.

By presenting a curated selection of pretty games, Apple is carving out its own identity. It also adds more credibility to its overall family-friendly “privacy is a fundamental human right” approach. Back in 2015 Apple already created a category called “Pay Once and Play” category on its App Store that offered a selected of premium titles void of micro-transaction craziness. In doing so, Apple also set a clear creative agenda. According to its teaser videos:

“There’s no guns, there’s no killing, we’re just telling a story. We’re almost the complete opposite of the current market. Most people typically wouldn’t see it unless Apple Arcade existed.”

Despite all the on-stage appreciation for game design and amazing gaming experiences, Apple didn't build its Arcade service from the kindness of its heart. Ever since its device sales have started to slow, and stopped disclosing its numbers, Apple has been looking for a way to keep growing. It will drive value in at least two ways.

First and foremost, it will add to its service revenue targets. Gaming is bigger than its two music offerings combined, and Apple is well on its way to generate $50 billion in services revenue as promised. This growth in services will offset its inevitable saturation in devices and keep investors happy. 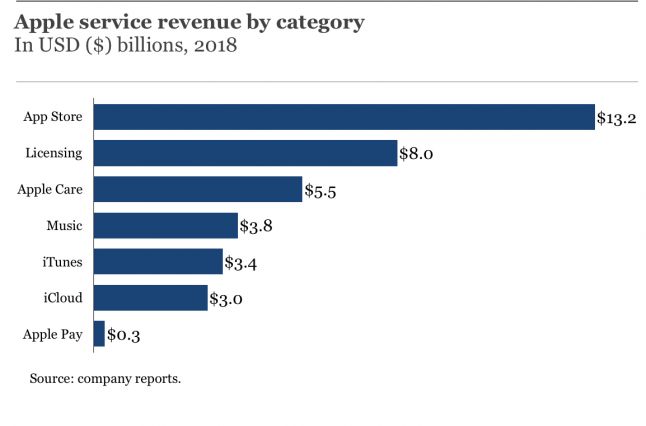 Secondly, like many other tech firms, Apple has discovered that recurrent revenue leads to a higher valuation on Wall street than revenue derived on a transaction-basis. It is no surprise that alongside several new content services it announced a credit card. This is a retention tool that will undoubtedly improve the firm’s ability to keep people married to its platform.

Everything all depends, of course, on how Apple intends to compensate content creators. Word around the campfire at GDC last week was that Google is offering developers a 30/70 split plus ad revenue. I have yet to confirm that, but it at least offers some long term upside. We’ve already seen how Apple feels about paying news services: its 50/50 split did not go over well. Like Google, Apple is reducing content creators to become a cost-plus line item amidst a select number of no doubt heavily-curated titles. This means that Apple can make or break a studio’s success overnight.

Finally, here’s why this can work: average household spending tends to be highest for those platforms with the highest penetration. This is why Sony, Microsoft, and Steam have been able to do so well. And why newcomers like Discord and Epic are having a harder time despite the overall market momentum.

Apple, on the other hand, has a massive advantage here because of its enormous install base. With over a billion devices out there already spending and set up with credit cards of all kinds, a $10/month game subscription is no-brainer. And, it seemingly opens the door to Apple TV becoming more of a competitor to PC and consoles in the living room.

Will it work, though?

Yes, Apple is big. And, yes, it has this incredible ability to make everything it touches look amazing. And certainly since gaming went mainstream in the past few years, there has been a growing demand for titles that cater less to the die-hard hardcore players and more to the average mom, dad, and child.

However, the mainstream audience that it targets with the subscription service spends substantially less. Combine that with the economics of a being one of a hundred titles behind a subscription wall, and there will likely be only a few big winners here. On a revenue basis it is unlikely for a subscription title to outperform a free-to-play game which, obviously, is precisely Apple’s point. The Apple Arcade is a subsidized content strategy where Apple an all-powerful strong hand in its curation. We will see soon enough if it’s as good at spotting titles as it is at building phones.

The glaring omissions across of its announced services today are pricing and the budget Apple plans to spend. As we’ve seen with Netflix, HBO, and Amazon, it costs a small fortune to get it off the ground. The size of the splash it will manage to make with this depends linearly on how much money it plans to spend. And to get this off the ground and make it soar, it will have to dig deep into its pockets.

Nevertheless, Wall street is excited and is starting to look past the promised $50bn in services revenue towards double that number. I say we give Apple a chance to prove itself in this new territory. So often do we hear of a platform’s ambition to be more meaningful in everyone’s life. Today its promise is that “Apple Arcade is about giving developers the freedom to come up with really interesting ideas that could have never have been done by the mainstream.”

Let's hope it gets more exciting than that.

Last week was all about Google's Stadia and now it's Apple Arcade. Should the incumbent platform holders in gaming worry?

No. As the incumbents, Sony, Microsoft, Nintendo, and Steam do not have much to fear yet. The average spending per household is typically higher among platforms with a larger install base. Sure enough, Apple has a ton of devices out there, but its target audience is (a) limited in its monthly spending because of the subscription fee, and (b) different from the audiences that incumbents attract. However, publishers that rely disproportionately on mobile audiences (e.g. Zynga, Rovio, Supercell, Niantic) may find that the cost of doing business is going up.

How does this relate to Google’s Stadia?

There is a clear difference in their approach: Apple's is a select premium offering and Google is providing a partially ad-based offering. That difference in revenue model makes their ultimate services wildly different. What stands out is that both firms emphasize interoperability. Both have promised that users can save their game, switch devices, and continue where they left off. This makes gaming a lot more like what consumers are used to from Spotify and Netflix, and which is something that other platforms don't offer (with perhaps the exception of the Nintendo Switch but that's really only one device).

What is the significance for small and medium-sized firms?

Apple's investment provides a chance for mobile gaming's middle class to prosper, even as they currently stand very much in the shadow of the publishers at the top. However, Apple has historically not proven itself transparent in communicating its decisions and changes to its development community (much to the chagrin of especially big publishers who are used to getting VIP treatment).