Nintendo has patented a Game Boy case for smartphones

Nintendo has patented a Game Boy-style phone case that looks like it'd let smartphone owners transform their handset into the classic handheld.

The patent was discovered by Siliconera, and filed earlier this year on March 16. It showcases a smartphone shell that would completely cover a touchscreen handset when closed.

As the images below show, the case has been fitted with a capacitive D-pad and A-B buttons, meaning they could be used to control and interact with the touchscreen beneath.

A window would let owners view a Game Boy-sized portion of their screen, and as you might've guessed, that's where games would be displayed.

While the patent mainly shows the case being used with a smartphone, Nintendo also notes that it "may be attached to other electronic equipment such as a tablet terminal," suggesting it could be made to fit other devices, perhaps even the Nintendo Switch.

While the case itself is pretty neat, it raises the interesting question of whether Nintendo is working on bringing Game Boy titles to smartphones and similar devices.

Given there are already plenty of unofficial emulators out in the wild on mobile, it'd make perfect sense for Nintendo to finally get involved in an official capacity. 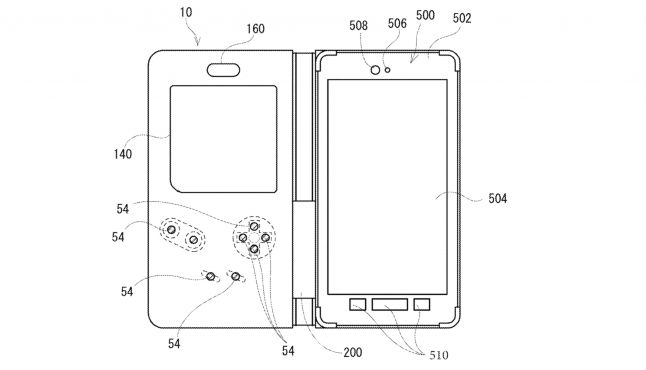 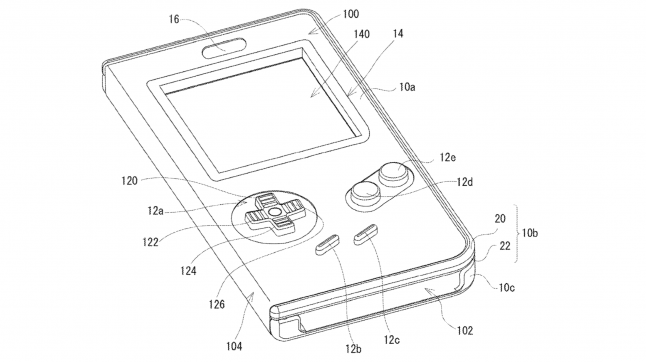