Nintendo won a patent infringement case brought by Motiva against Nintendo. What is the factual background of the case, why did the court decide how it did, what is the broader legal impact of the case, and what lessons are there for indie developers?
Will Lewis
Blogger
May 15, 2013

On May 13, 2013, the United States Court of Appeals for the Federal Circuit issued a decision in favor of Nintendo in Motiva v. International Trade Commission (on behalf of Nintendo). In the following post I will write about the facts of the case, the legal reason that the court decided the case in Nintendo’s favor, the broader legal impact of this case, and the main lesson for game makers.

Facts of the Case: What’s a Motiva?

Motiva first filed suit against Nintendo in 2008, and alleged that Nintendo violated two of its patents, the ’151 patent and the ’268 patent. The court quoted the following language from the ’151 patent to describe the invention that Motiva claimed Nintendo infringed:


[The '151 patent] generally relates to a “system for . . . testing and training a user to manipulate the position of . . . transponders while being guided by interactive and sensory feedback for the purpose of functional movement assessment for exercise and physical rehabilitation.” 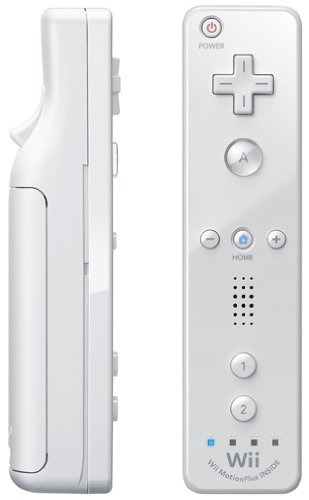 Before this story broke, none of us had likely heard of Motiva, and that was a key fact in this litigation. Motiva had a patent on this technology, but it never actually developed a marketable product. Motiva’s original vision for its technology was an expensive tool designed for exercise, athletic performance training, physical therapy, and research. But its only “remaining protoype” was a device with exposed circuit boards, wiring and sensors. Furthermore, there was no investor interest in developing the Motiva technology until after the release of the Wii.

By comparison, Nintendo has sold over 99.84 million relatively inexpensive Wii consoles; about 20 million more than the Xbox 360 or the PS3.

Finally, the fact finder in this case decided that Motiva was not concerned with removing Wiis from the market or in arranging a licensing deal with Nintendo, and was only interested in extracting money from Nintendo.

Legal Reason for the Decision: No Commercial Use of the Patent by Motiva

In this particular case, Motiva attempted to use a once relatively unknown intellectual property court, the US International Trade Commission, to sue Nintendo. At its most basic, the ITC investigates and provides relief for US patent holders against foreign companies that are attempting to import and sell products in the US that violate that US patent. This is also referred to as Section 337 litigation. Typically, these cases are decided much quicker than “traditional” patent litigation and the relief provided can be very devastating to the foreign company. Therefore, it can be a good tool to extract a quick cash settlement from a foreign company that is infringing your patent.

Under Section 337′s “domestic industry” requirement, it is unlawful to import products that infringe a US patent if an industry for the product in the US exists or is in the process of being established. The term industry is used specifically in this case to refer to a market for a particular product and not to a broader concept like the video game industry, for example. Section 337 describes how this domestic industry requirement is satisfied:

(A) significant investment in plant and equipment;

(B) significant employment of labor or capital; or

(C) substantial investment in its exploitation, including engineering, research and development, or licensing.

Therefore, the court held that Motiva’s litigation was not an investment in commercializing its technology, and Nintendo won.

Broader Legal Impact of This Case: A Knock Against Patent Trolls

There is a greater legal war going on in the federal district and Circuit courts on whether patent law protects patent trolls. This case is squarely against patent trolls. An understanding of what a patent troll is will help us understand this case’s implications for game developers. The term patent troll is almost always used in the pejorative, and I’m using it mostly for convenience.

A patent troll is a patent holder that has no intention of using their patent to create and market products or enter licensing arrangements, and is using the patent to financially benefit from lawsuits. There are companies whose whole business is acquiring large numbers of patents, typically in bankruptcy proceedings, and then suing companies that are using technology that could possibly be infringing these patents. The criticism of patent trolls is that they are not actively developing anything and that they are creating market inefficiencies by collecting rents from real innovators.

This case holds that in the case of Section 337 litigation before the ITC, the law requires substantive investment and economic exploitation, and not mere possession of a patent.

Have you ever gone trolling through Patent Arcade? Have you seen the types of patents that are out there that affect game play? Here’s a sample:

A lot of innovation is happening in the indie market. And indie developers could stand to benefit from technology licensing fees for years after their game is released if they patent their innovations. However, you can’t just go out, invent a mechanism, and not use it. If you invent it, you will need to implement it in your game.

William Lewis is a tax and business attorney based in the Silicon Valley. He advises domestic and foreign clients on a range of business, tax, and estate planning matters.

The abstract troll is by Patrick Hoesly, and was under a CC BY 2.0 license at publication.