Chinese gaming brands are taking ground in the West. Here is an overview of strategies that help them break into the new markets and expand internationally.
Polina Haryacha
Blogger
June 14, 2021 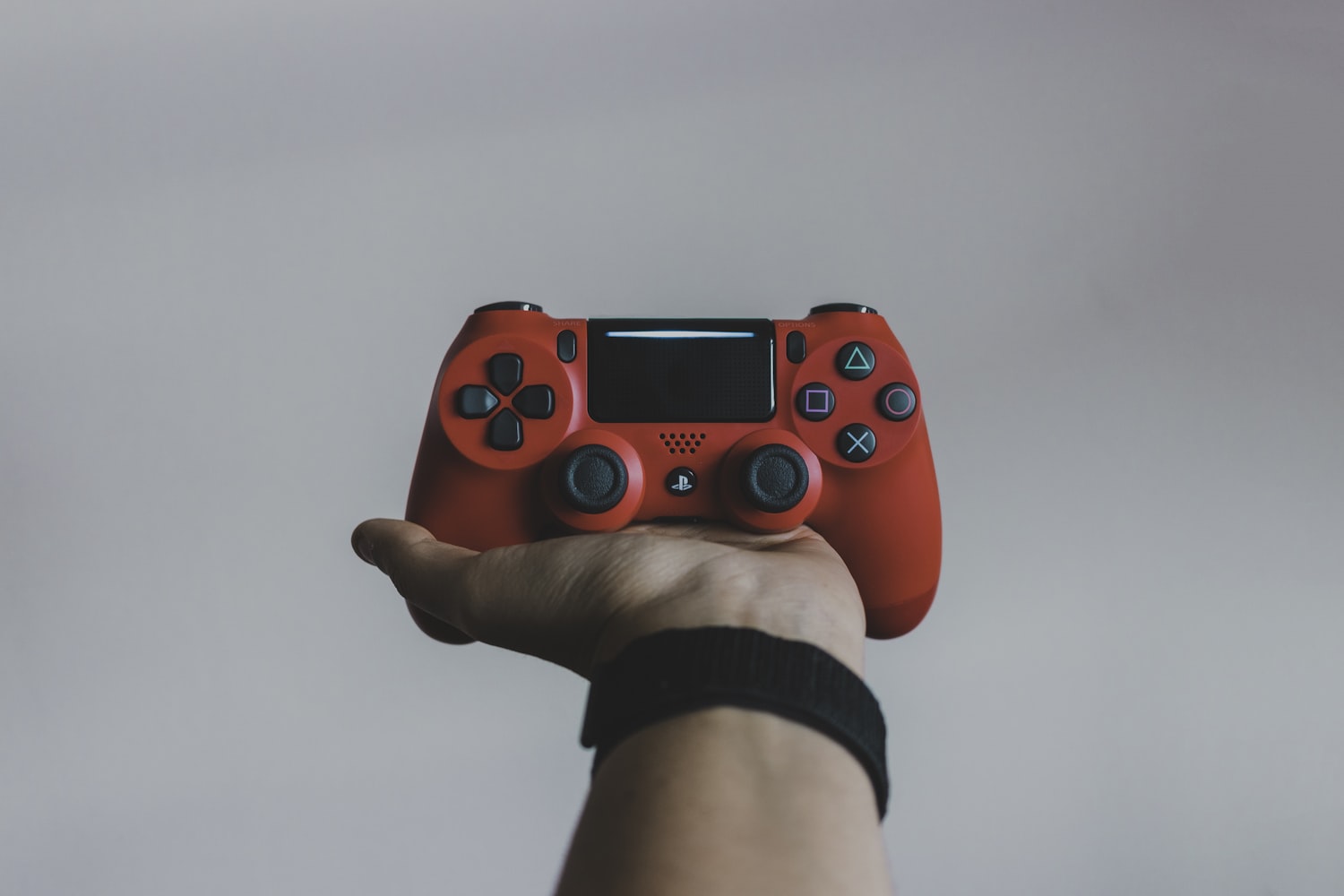 Photo by Nadine Shaabana on Unsplash

Chinese gaming companies are expanding their operations globally to attract new players to their products, and for the right reasons.

The gaming market in China is on the rise. In 2020, the Chinese video game industry revenue reached its highest yet, and it is expected to grow to $46.7 billion by 2024. Furthermore, according to Newzoo's 2020 Global Games Market Report, China tops the ranking of countries/markets by game revenues.

However, getting a game to market in China is challenging due to complex local regulations. As Bill Wang, the ex-CEO of Giant Games put it: "For most Chinese publishers and developers, it's tough to launch new titles in the local market."

In addition, the future of gaming is mobile, but the app distribution channels in China are monopolized by big brands. The Western market, with its varied audiences and mild regulations, holds significant potential for Chinese games.

With a strategic approach to video game marketing along with advanced product enhancements to appeal to the Western customer, Chinese game developers can tactfully enter the market.

Over the past years, there has been immense growth in the gaming industry, making it an excellent avenue for Chinese game developers to break into the new markets overseas. Still, with so many video games in the market and stiff competition, introducing a popular online game in the Western market can be challenging for Chinese gaming companies.

Whether you are relaunching an old game, introducing a new one, or increasing your reach to add more players and expand internationally –  get inspired by the video game marketing success factors and best practices detailed below.

1. Have a strong video game marketing strategy in place

Before entering the Western market with your video game, conduct extensive research and understand the global market dynamics to uncover the underlying challenges and highlight the potential opportunities. This gives you clarity and a better idea of how you can successfully enter and thrive in the international video games market.

For instance, Genshin Impact, an online game platform, had a solid omnichannel marketing strategy in place. It was the most prominent international launch of a Chinese-developed game.

The game earned $400 million in revenue in the first two months on mobile and was nominated as the Best Mobile Game for 2020. Ahmad from Niko Partners said that Genshin Impact was "without a doubt the most successful launch for an original IP from a Chinese dev."

Selecting the right creative strategy when launching a paid media campaign in the Western market can also make a big difference as shown by Rise of Kingdoms case study. Understanding the motivations of your target player and crafting the ad story to raise interest and desire to play the game was key to its running start. RoK’s ads feature several narratives to resonate with different player types. Casual gamers would react to situative ads seasoned with humor while challenge-driven players would engage with gameplay elements showing constant rebuilding and improvement. Applying a similar granular approach to your ads development can help maximize the campaign performance.

2. Take ground in the West via international partnerships

Another practical approach to video game marketing is partnering with developers, domestic publishers, and game PR agencies that specialize in introducing Chinese gaming companies to Western players. This is a reliable way to enhance and advance your expertise in the Western market.

Tencent, a Chinese technology multinational, is investing in Western gaming marketing, and media companies to build up its gaming and media influence outside Asia.

Another example is Lilith Games (creator of notable games like Farlight 84, Warpath, Rise of Kingdoms, AFK Arena, Art of Conquest, Abi, and many others). Its CEO Xinwen Wang was named "Top 30 Chinese Entrepreneurs Under 30" by Forbes China. The company's leading game called Soul Hunters has been played by more than 80 million people worldwide.

Lilith Games partnered with a US-based marketing agency, CloutBoost, to run an influencer campaign for AFK Arena in North America. The campaign reached over 28 million people and garnered 13.7 million views which contributed to the success of the game in the global market.

3. Work with influencers to reach the Western audiences

The rise of video content and advertising go hand-in-hand with the evolving gaming industry. Gamers follow famous influencers on YouTube and Twitch to discover new games, learn playthrough tips, and share their passion for gaming.

As businesses across multiple industries are partnering with gaming influencers to cater to a broader audience base, influencer marketing can do wonders in helping game developers reach intended customers in the West. Collaborating with the right gaming influencers can take your video game marketing to the next level.

For instance, Genshin Impact worked with influencers for their pre-launch campaign to give the game a massive head start. The game had more than 20 million pre-registrations; more than 5 million were from outside China. Their post-launch marketing strategy also involved gaming influencers, like Tectone and Mtashed.

4. Leverage the power of gaming communities

When you want to promote your games to a broader audience, don't limit your efforts to only some or one of the marketing channels available to you. This is the right time to go all out and use social media and other marketing channels you have at your disposal. This can expand your reach and can better help you introduce a Chinese game internationally.

A good example to illustrate this tactic was shown by Conqueror's Blade, a free-to-play, MMO real-time tactics game developed by Chinese studio Booming Games and published by My.com. The publisher runs a content creator program to encourage players to showcase their playthrough to peers on social platforms. This program offers streamers and social media influencers an opportunity to earn rewards and grow their channels. Conqueror's Blade engages the community by introducing unique events on its official Twitch channel where members of the program can be featured.

Leveraging the power of popular gaming communities in the West can maximize your advertising efforts and effectively promote your gaming brand to the new market. For instance, Tencent hosts big gaming competitions in cities like Los Angeles to build hype around their games in the U.S. Such events help game developers establish a community of players. Chinese developers planning to enter the Western market should take notice of this tactic.

Organizing competitions and other promotional gaming events is a great way to collect reliable intelligence and reach relevant audiences. This also gives you an opportunity to identify potential investors or partners and connect in person with them.

5. Aim to foresee the emerging global trends and needs of gamers

Like other industries, the rapid evolution through technological advancement has impacted the gaming industry by making remarkable innovative breakthroughs. This makes it crucial for game developers and companies to look out for the latest trends, especially when going international.

Today, gamers want to experience new trends across the globe. The elements reshaping the gaming industry demand that Chinese game developers enter the Western market with thrilling new ideas. This is the only way you can entice the audience, so they invest in your products.

It is imperative to foresee the emerging needs of gamers and the ever-evolving global trends in the gaming industry.

A good example is Honor of Kings -- the game was launched at the right time, taking advantage of the growing popularity of mobile gaming worldwide. This game is still ruling mobile revenue charts five years later. Li Min, Honor of Kings game director, said that Tencent and TiMi's technical prowess in the mobile space was critical to Honor of Kings' success. This further indicates that having adequate information about the trends is paramount to expand your reach and market internationally.

Creating and launching a video game overseas is merely the beginning. Without a robust marketing approach, your game might get lost in a sea of competitors, wasting your money, time, and efforts spent on developing it. Video game marketers should take into account the above success factors to ensure gradual player growth in the market overseas.