How to plan and execute a successful tradeshow

We’ve attended quite a few conferences and trade shows over the last 5 years. From GDC in San Francisco to Nordic Game Conference in Malmo. We now want to share our experience and provide tips and tricks on how to plan and execute a successful trade show.
Catharina Bøhler
Blogger
October 21, 2015

Over the 5 years Sarepta has been making games, we’ve attended quite a few conferences and trade shows. Everything from GDC in San Francisco to Nordic Game Conference in Malmo. Each event is a little different, and it can be difficult to know what to expect if you’ve never been to one before.

We have been to a few events

September 24th – 27th we went to Birmingham and attended EGX. At EGX, UK’s biggest video games event, visitors can find the most anticipated console and PC games. The event also offers presentations by game designers from world renowned studios, areas dedicated to esports, the opportunity to meet and chat with game creators and loads more.

We were attending as one of the “Nindie” developers invited by Nintendo, showing off Shadow Puppeteer on Wii U. Nintendo provided hardware, a booth and helpful volunteers who manned the area. The place was packed with people wanting to try out the newest games and talented developers that wanted to show off their products. 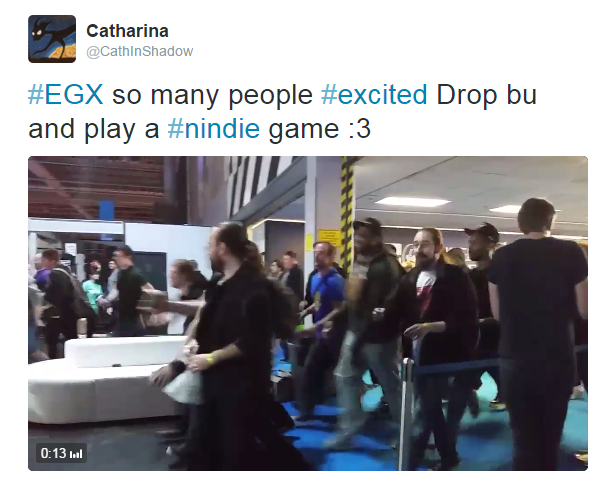 There was much excitement – Press to see video

EGX was one of the best trade shows that we have attended, mainly because of Nintendo’s setup and the help of our amazing producers Snow Cannon Games. We also see, that our own planning process is key to having a great event. Going to a trade show is so much more than showing up with a game and a hopeful heart.

We want to share with you our experience and give you some advice for attending and pulling off a successful trade show. They do not only require effort from you during the event, but also before and after, so we have set up a little time-based plan for when you should start working and when you can finally stop: 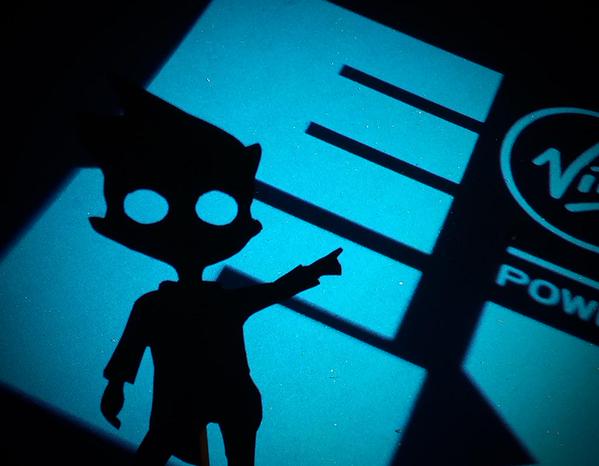 Yes there are actually things to think about this long before a trade show, if you want to really get everything you can from it, so make sure you know what you want to go to and plan well. 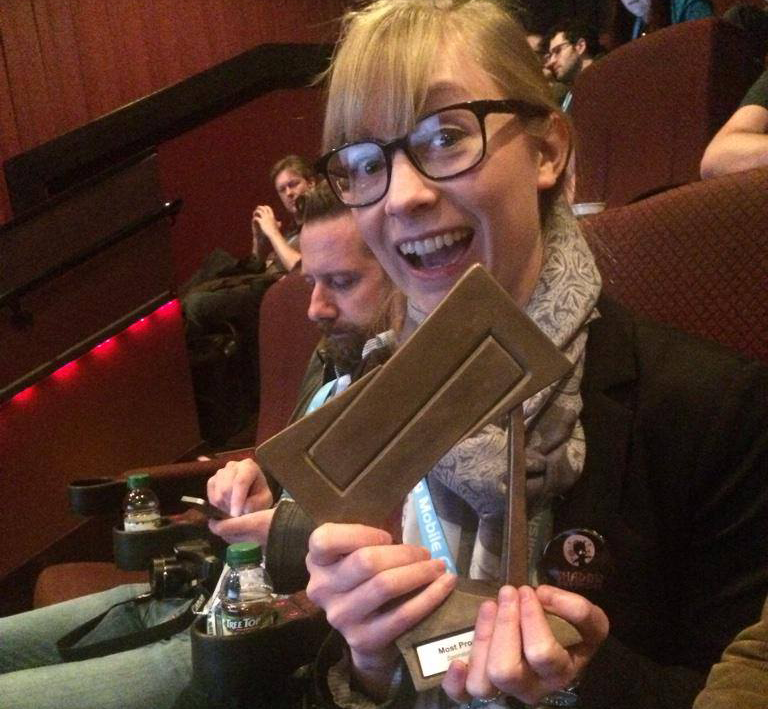 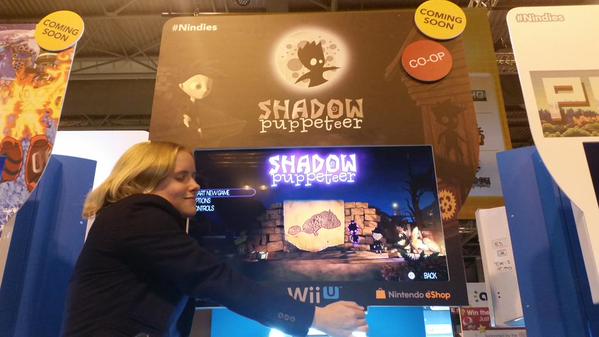 I approve of this demo 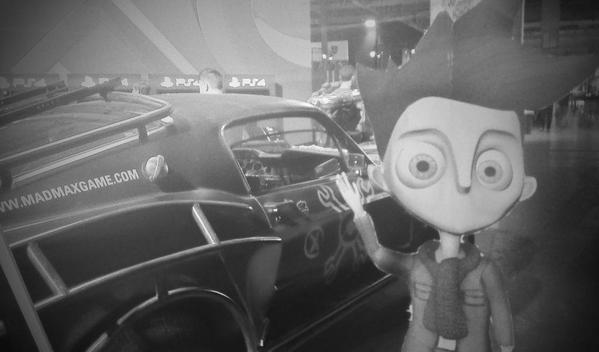 Paper cutouts of your characters and taking pictures is one idea

Nintendo attended EGX with a large booth for Super Mario Maker. We were asked to create a level to show off here and decided to go for something inspired by our game Shadow Puppeteer. It is great fun and highly reccomended. 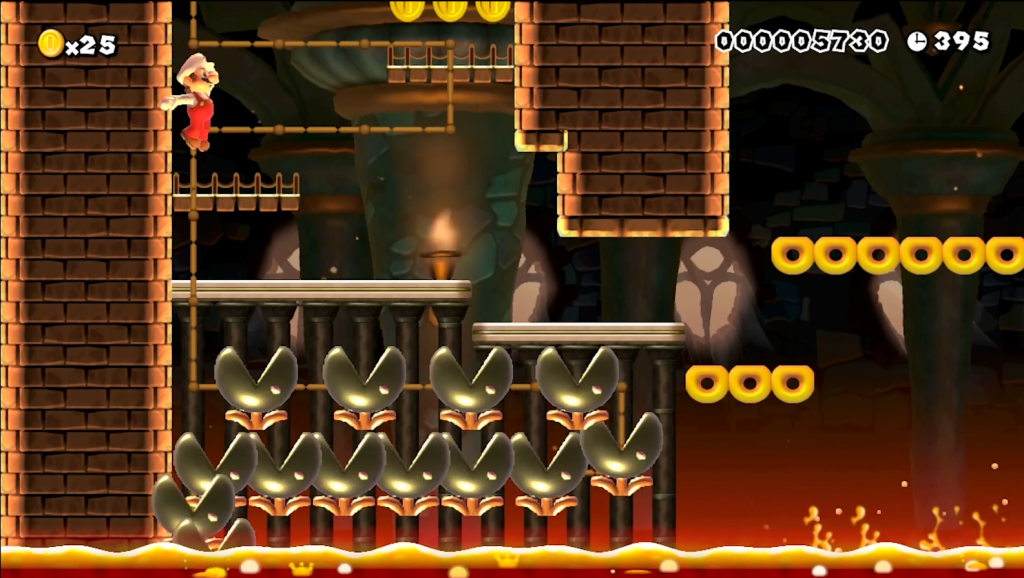 – Social media contests where people can win stuff, swag, your game etc.
– Stunts to get people to write about you/ your game.
– Team up with other developers on site to cross promote and have fun
– If you have equipment you can’t bring back with you, make it a prize for something 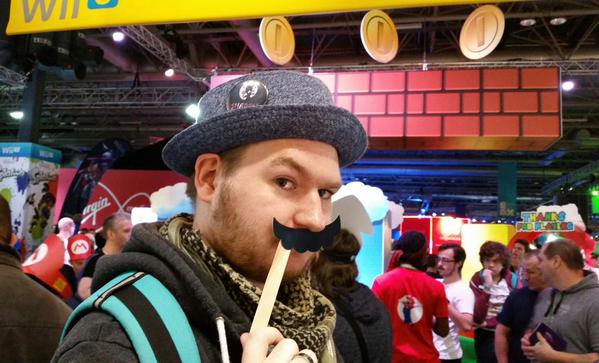 Because people are fun 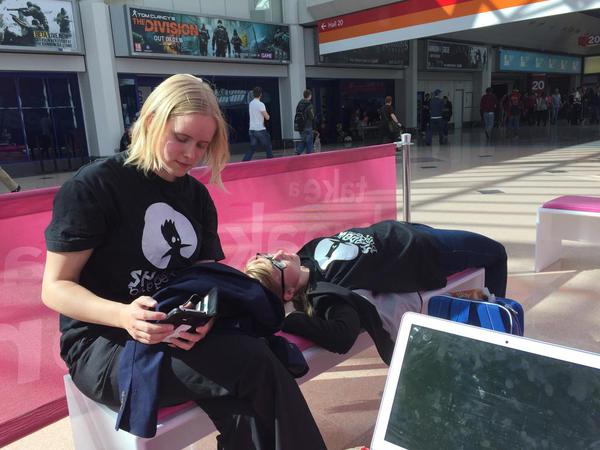 And rest, you will need it 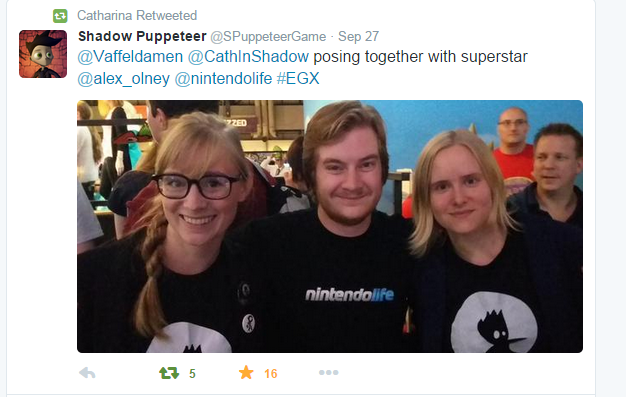 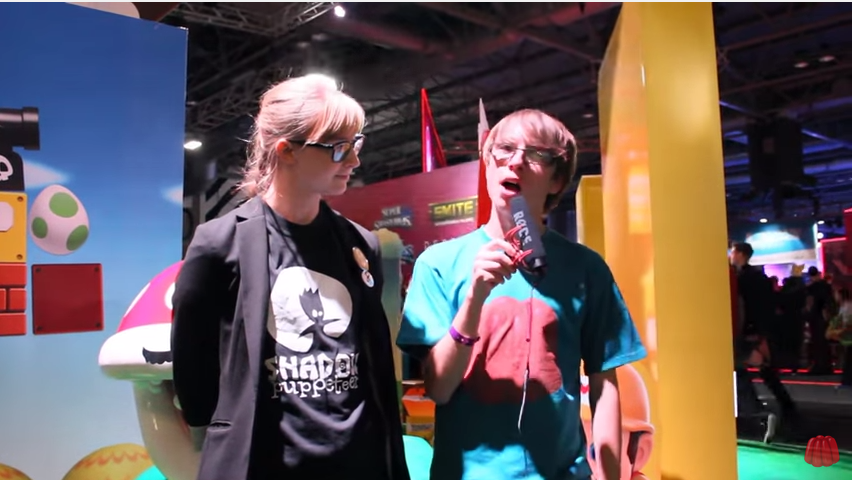 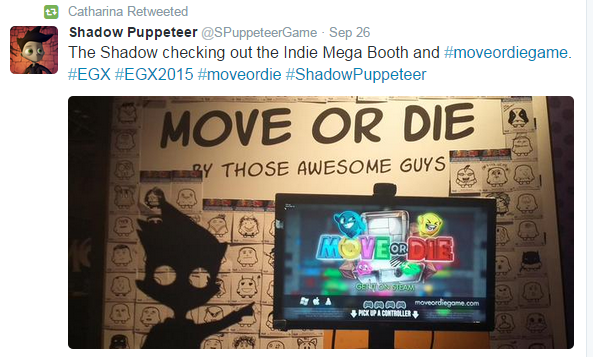 And don’t forget that cross-promotion 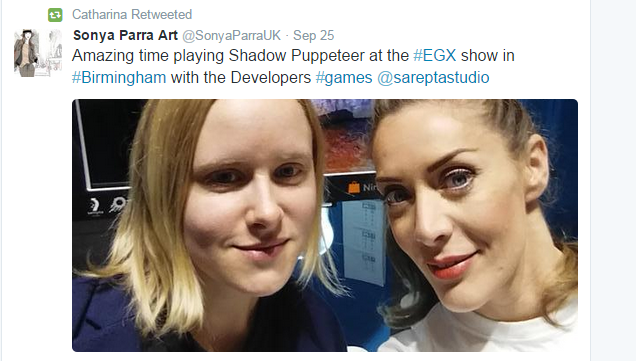 Because tradeshow people are really nice and fun to be around 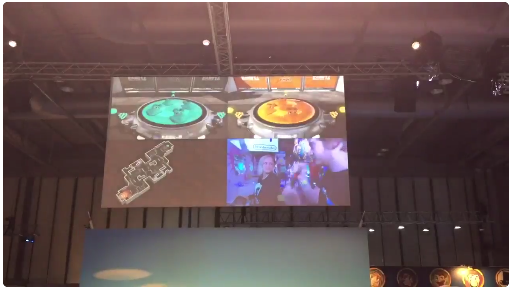 There is a lot to think about and a lot of preparations that can be done, but you should enjoy the experience and not let it stress you out too much. Leaving the safety of your office and travelling into the unknown masses is one of the things that makes this fun and exciting.

We had a great time at EGX, meeting up with writers, developers, distributors, chasing down press and visitors. Talking with our fans and potential fans, learning a lot and getting to know some great people. 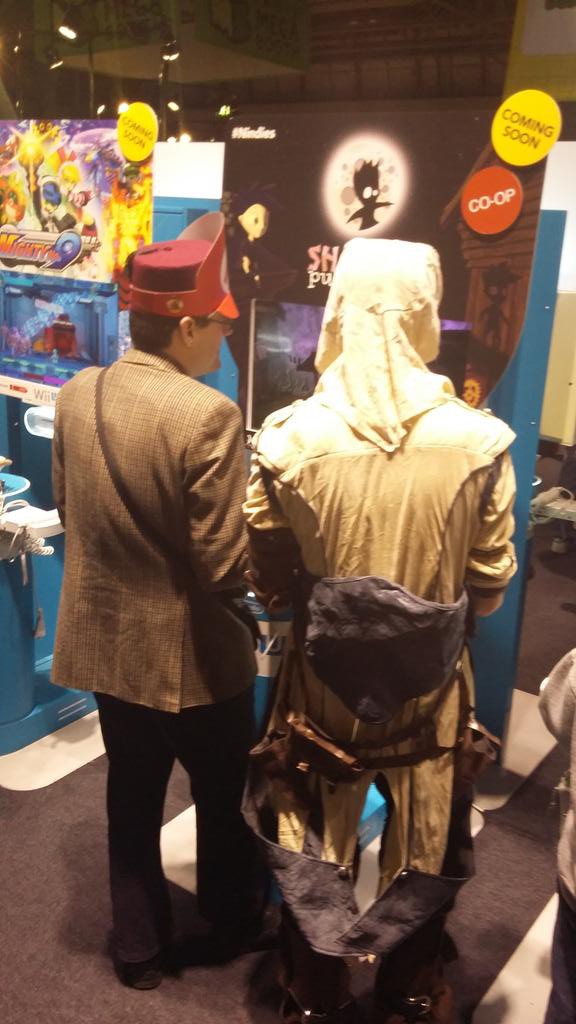 Some people are even greater than others

These were our insights from EGX. We hope they can help you out. Please leave a comments or questions if you have any. We’d love to hear about your own experiences with trade shows, too!