How to fail in games business

The motivation of this blog post is to characterize different kinds of behaviors of game entrepreneurs and business owners which have resulted into business failures. The article was originally published at www.jukkahilvonen.com on 10th of March 2016.
Jukka Hilvonen
Blogger
March 10, 2016 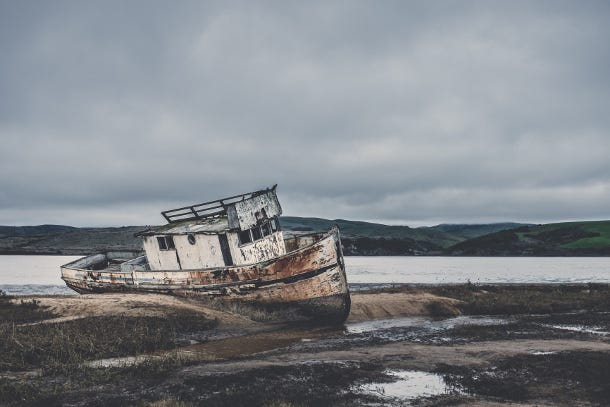 I often get asked by other entrepreneurs and developers about advice and best practices how to succeed in (mobile) games market. I think there are a lot of ways to succeed in games business like in any other business, so I don't think that there are any one set of rules, advises or practices which would guarantee anyone to succeed in business. Instead,

I think that often it is more effective to analyze what actions and behaviors have led to failing in business of games so that business owners wouldn't make the same mistakes that other entrepreneurs have done in the past.

What follows is a set of behaviors which, based on my experience, have been major drivers for businesses to go bankrupt and fail. I hope that this list will help fellow developers to think about their businesses and change the behaviors to make better games and entertain the world.

This is by far the most common behavior mistake which I have seen game developers to make. It is not so much a plan itself, but about the planning. You can survive without a plan, but not without planning.

Usually this revolves around not thinking strategically, not planning for mistakes or not planning how much time or resources making a game will require. Often, especially newbie entrepreneurs have that one great idea for a game and they want to make that happen, no matter what. Other times, people just want to get busy and start making a game. Any game. Without thinking or planning a bit.

Don't get me wrong; I admire believing to your own idea and in the will to make it happen. But usually it is beneficial to think about how you can make that happen without burning yourself up, crashing your business or making your team leave in the process.

2. DON'T PAY ANY REGARD TO CUSTOMER

"Everything starts with the CUSTOMER" -June Martin

The second most important behavior is not thinking about the customer of your game. This line of thinking can often be seen from phrases like "We just make games to ourselves".

This usually results in games that are:

Again, there is nothing wrong to make games which the developers themselves like. This usually ensures that people have the vision and motivation to make the game as good as they can. BUT, usually it is good to listen to actual players of similar games, talk with them and try to understand their behaviors, unmet needs and desires about the games. Only by listening and understanding target customers, developers can validate the basic assumptions behind the game and make breakthrough innovations to the game.

Most effective ideas to games come from the insights that come from understanding you customers and your experience in making games.

3. DON'T THINK ABOUT THE MONEY

"Money flows in the direction of value" -Warren Buffet

I have seen many examples of companies where after some injection of money into the company (either in a form of loans, grants, awards or investments), executives of the company have started to hire a lot of staff and executing all sorts of plans without ever thinking how much runway those actions take away from them. These decisions have cause the companies to go bankrupt because the costs of business have risen a lot without adding relative speed in execution.

YOU are the CEO, the Founder or the executive! If you are working in a company, you are in the BUSINESS of making games and the end result of business is to make money. So think about how you can survive the next month and live to be able to fight the next fight. Also, think about how you can ACTUALLY contribute value to your customers with your game (relates of course to customer understanding).

4. BLAME EVERYONE AND EVERYTHING ELSE FROM YOUR MISTAKES

"When you blame others, you give up your power to grow" - a wise man

This behavior is very easily recognizable in phrases where people blame the current state of the industry from their challenges with the launch of the premium game in F2P dominated market. Or how the discovery is broken in App Store and how it affects their game sales. For all of you with this mindset; stop blaming others and take responsibility to your own hands!

Listen, customers don't want to buy a premium mobile game from someone they've never heard because there are A LOT of good free choices to pick from. Don't blame other developers for actually counting in that fact and making F2P games to ensure that their game has even slim chance to get picked up by players.

Also, there are currently over 500 games submitted to App Store every day. There is no way that such amount of games can fairly be discoverable, so YOU have to make sure that the game is seen by editorial teams of App Store well before it's launched. Apple is in the business of selling their devices and games and apps on their platform. Of course they will feature games that make their devices look great and generate money because by doing so, also they make more money. So don't blame Apple, Google or anyone else for making their business.

If you can evaluate your own behavior against these ones and tick one or more behaviors, it is time pause and think of how you can get rid of these and maximize your chances for business success.

This article was originally published at http://jukkahilvonen.com/index.php/2016/03/10/how-to-fail-in-games-business/ on 10th March, 2016