How to Fail at Crowdfunding in 4 Easy Steps

Today's post looks at four giant red flags for crowdfunding your game and what not to do if you want to succeed.
Josh Bycer
Blogger
March 21, 2017

It's time to return to the topic of Kickstarter and crowdfunding when it comes to video games. As we've talked about before, the time where you could get by with just a heartfelt video has passed. The consumer is more aware of the problems and risks of crowdfunding a game. For today's post, I want to go over four ways that can ruin your chance at crowdfunding your video game.

Having Nothing to Show:

Preparing for a crowdfunding campaign is a post in of itself, and there's a lot of work that goes into. One of the most important elements is having something tangible. At least, you should have a proof of concept video; at most, a playable demo build.

Concept art is not enough anymore, and before anyone asks, a cute skit isn't good either. Having something proves that you have a game plan and that there is already work done on your game. The more you have to show, the better your chances are.

Crowdfunding rewards can be grouped into physical or digital goods. Digital goods are the easier of the two and represent anything from bonus content, soundtracks, additional characters and more. Because there is no physical amount, you are free to have as much or as little here.

Be careful about having game changing or limited-quantity content as a kickstarter. The reason is that this can be a time bomb later into your game's development. People don't like being told that they can't own 100% of the content in their game. This can anger current or prospective fans, such as the Darkest Dungeon have a kickstarter exclusive character skin. 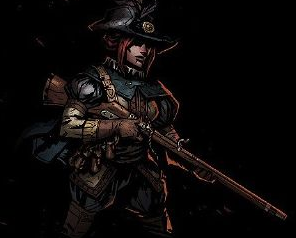 Exclusive rewards can be a double-edged sword

When it comes to physical goods, these can be as small as buttons to as large as figurines, statues, clothing etc. If there's one place where it’s easy to screw up, it's with physical goods.

I've spoken to developers in the past who have worked with physical goods, and there are a lot of variables to keep track of.

Some developers will say that physical goods are too hard and should be avoided. With that said, I've spoken to people who argue that it's only hard if you don't do the research.

Stretch Goals are another topic that we could easily dedicate an entire post to. Being able to create meaningful goals that make a great game better is an art. This is where understanding project management comes into play with your kickstarter.

If you're planning a fixed time and budget to work on your game, then don't add goals that will balloon things out. Another point is adding in so many goals that they distract from the point of actually playing your game. If you're working on a narrative-focused singleplayer game, having a stretch goal for multiplayer would be stupid.

Stretch goals aren't meant to "save" your game. Whatever that's in your base goal should be good enough to make a game out of. I shouldn't have to say this last one, but it bears mentioning: Don't have stretch goals where the content and cost aren't equal. 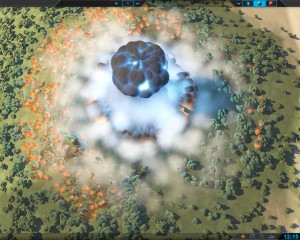 If you tell me that for $1,000 more that you'll handle porting to every platform available (including VR), I'm going to call you an idiot.

Finally, we come to the big one and the reason why I'm making this post. As we all know, crowdfunding is an all or nothing affair -- You either get 100% of what you're asking for or you get 0.  The more someone wants to raise, the harder it becomes to get that money. This is why there are developers out there who have shortchanged their campaign goals at the expense of working on the game.

The idea is that they'll use the limited funds to make something that can either be marketed to a publisher or angel investor, or get the remaining funds via early access. There is a lot wrong with this idea, so let me make it simple for you: DO NOT DO THIS.

First off, you are lying to your backers by putting out false information. Not only does this hurt your game, but it hurts their faith in crowdfunding. Not only that, but you are taking an already risky project and putting it on a time limit.

Game development is not an exact science, and a lot can go wrong during development. If you're working with half (or less than) the budget you need, what happens if there's a problem? Even fully funded kickstarted games like Shovel Knight and the Darkest Dungeon stayed a little longer in development to make sure that the game was worth it. Knowingly shortchanging your estimate is a horrible business move that will not work out in the end.

If you need 100K for your game, then you need to make a campaign that justifies that amount. There's nothing wrong with returning to kickstarter or Indiegogo with a revised campaign if the first one fails. When AI Wars 2 failed to meet its first kickstarter, Arcen went back with a smaller campaign that succeeded.

The other side of this is not properly estimating the amount of time and money needed. Instead of being deceitful, this is more along the lines of poor planning. For first-time developers reading this, you will always need more time and money than you originally intended. This goes double (or even triple) if you're working on something brand new. 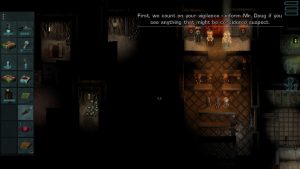 With 2Dark, they asked for about 32K to make the game. That amount seems very low considering that it took them 2 years to make with a team of 10. Here's the golden rule: However long/expensive you estimate for your game, it's always going to take more.

And one final point, if you promise your game will be about X, it has to be about X. After the Kickstarter for Godus was finished, 22 Cans announced that they were working on a F2P mobile version of the game that was not talked about at all during the campaign.

A good crowdfunding campaign is just like making a good video game; it requires a good team and a good plan. For first time developers reading this, the better prepared you are regarding your campaign, the more likely you'll succeed.

And just like a video game, cutting corners is an easy way to ruin your crowdfunding campaign. Remember, it's better to have a small victory with a campaign ran right than a colossal failure from not planning things out.