How art games are shaped by economics

Why are short form, content focused games like Monument Valley or Gone Home thriving at this moment in time? A look at how the current socioeconomic environment impacts the form of games that succeed.
Daniel Cook
Blogger
May 28, 2014
(This essay was originally posted on Lostgarden.com. Visit to read additional comments.) 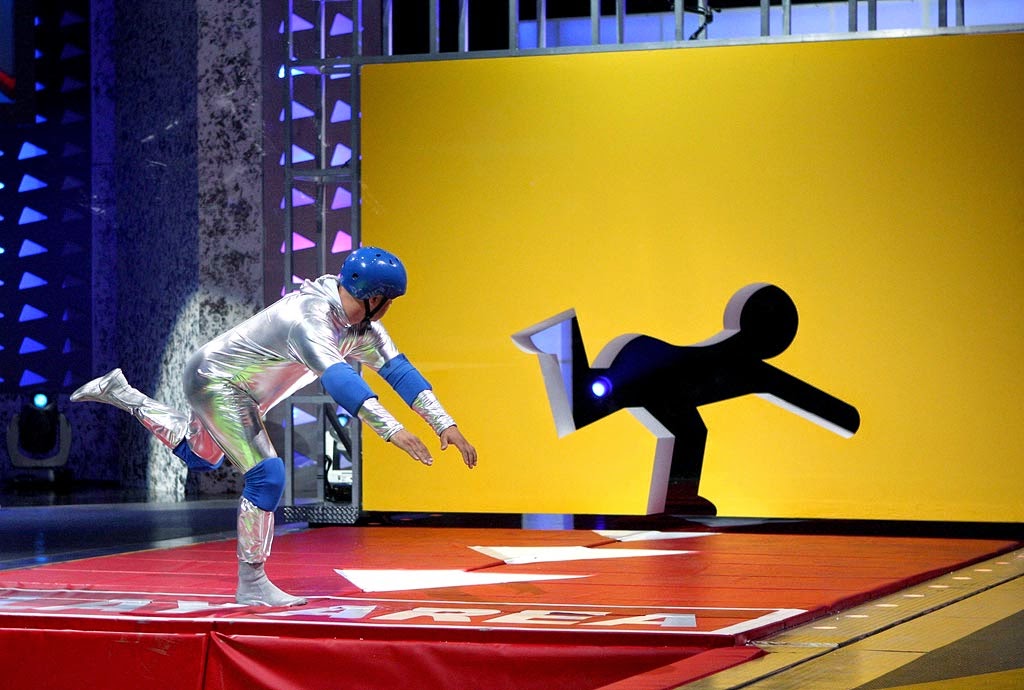 We often consider artistic works from a creative or cultural perspective, but I find it just as enlightening to examine them from an economic or evolutionary lens. How does the economic environment within which a developer finds themselves shape the form that art takes?

As a case study of this in practice, I’ve been fascinated by a class of content-focused game that’s recently found a stable niche in the maturing mobile, PC and console markets. In mobile, we see examples like Sword & Sworcery, Device 6 or Monument Valley. In PC, you've got Kentucky Route Zero, Proteus and Gone Home. On console the trend is less pronounced, though Journey and Flower share some aspects.

These games generally have the following characteristics

This form thrives not due to some sudden explosion of artistic appreciation within the human race, nor due to universally-applicable intrinsic attributes of Truth and Beauty. No, instead these games thrive because they competently execute a development strategy that matches well with the current socioeconomic environment.

Form is an accepted and standardized structure for a work of art. A painting stretched on canvas painted in oils that fits roughly on a living room wall is a common form of painting. A haiku is a form of writing.

Unlike many media, the forms that a game might take are still quite fluid. Where authors of literature might feel locked into to well-established structures such as poem, short story, essay or novel, game forms are both broader and have less sharp boundaries. They vary radically in mechanics, scope, topic, number of participants, and hardware. The difference between a game of Tetris and a game of Charades can seem far vaster than that of a Shakespearean play and an encyclopedia entry. And as a designer, you often get to chose the unique form of your game.

However, different forms of game have different levels of risk and trade offs. There’s internal risk such as design risk, technical risk, production risk. And then there's external risk such as distribution risk, market fit and many others. If any one of these aspect of the project fails, the development investment is lost. Any game design can be judged by the costs associated with building the game, the benefits of success and the downsides to failure. 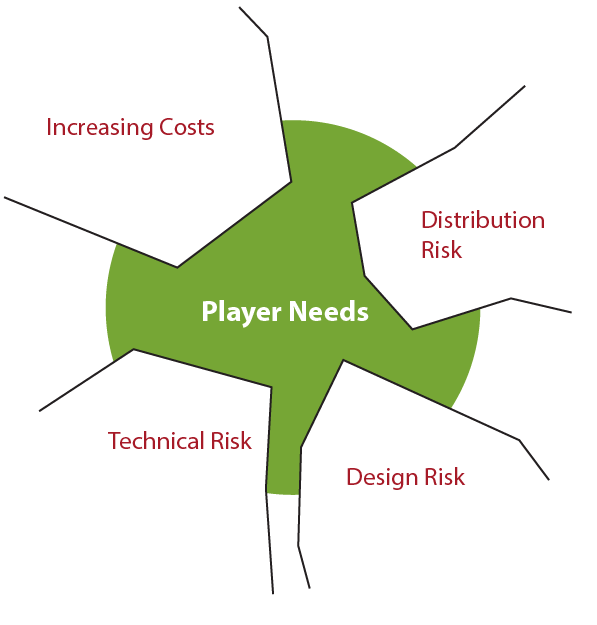 These are not abstract decisions. Most developers (even large ones) operate a paycheck or two away from bankruptcy. Paying the rent and putting food on the table are very real concerns. Many smart teams therefore choose projects of a form that minimize overall risk in order to dramatically increase their chances of future survival.

Thus game developers have a great incentive to evolve game forms to fit whatever environmental pressures are present. If something changes in the environment that increases a type of risk, then you’ll see developers selecting, from this vast palette of potential forms, the options that mitigate that risk. Picture a thousand little Brownian developers blindly adapting their game forms to half felt market forces and thus converging on useful strategies.

The process of evolving games forms can feel invisible. The vast majority of projects that don’t balance their risks correctly, fail and sink out of the cultural consciousness. Most creators are barely conscious of their influences and constraints. All we really know are the the survivors.

When you see a new species of game thriving in the marketplace, you can start to ask some interesting questions. What are the culling mechanisms that let those games survive? What strategy was used that gave them an advantage over other possible designs? The things that make it through the filter give you some insight into the shape of the filter.

Some forces at play

What are some meaningful forces acting upon the modern indie developer attempt to sell a game for a fixed upfront price?

So it is hard to stand out, hard to make money and very easy to spend more than you make.

Given such a landscape, what is a species of game that might survive? We are looking for solutions to the problems listed, but also ways of tackling multiple problems with the same resources. Efficient solutions survive. 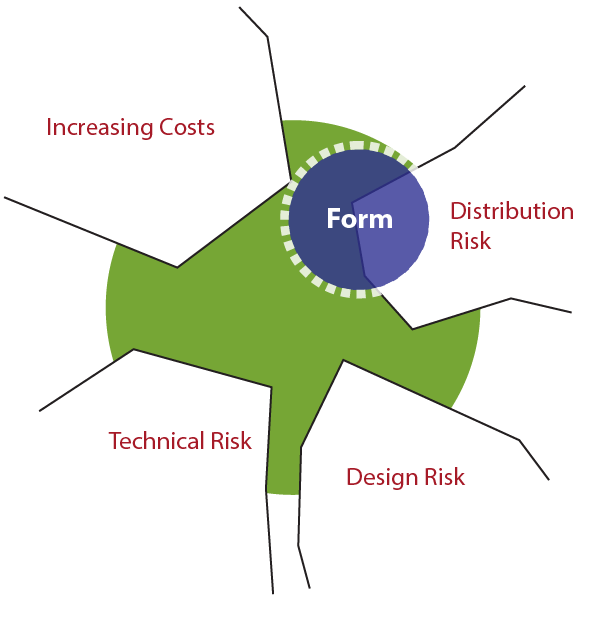 Fig 2. A strategy that mitigates technical and design risk. While taking on some distribution risk.

Note that the following is by no means the only strategy. If you look around at other thriving developers, there are many alternatives. Nor is it a preferred one. This strategy has no inherent value beyond its functional benefits. Nor for that matter is it likely that the half-blind creators explicitly planned out their strategy. Like the flying fish and the (sadly extinct) flying shark, common strategies converge unwittingly from disparate perspectives as if shaped by an invisible hand.  Environments have local maxima whether or not we are smart enough to perceive them ahead of time.

With those disclaimers duly dispensed, consider a content-focused development strategy for small teams...

Notice how all these pieces fit together into a coherent strategy. A small team with a strong artist and / or writer makes a short, attractive game that sells a light narrative. This also happens to be small enough a scope that they can finish and release it. Such a game is pretty enough to be featured and can be easily talked about. There’s also little risk for the player...they get this nice watchable nugget of content that’s super cheap and feels like a reasonable value relative to other comparable consumables like books or movies.

A deeply conservative take on games

This strategy formula isn't new in the grand scheme. Cheap, consumable content differentiated on gatekeeper-approved quality variables is at the heart of most media markets.

In the grand spectrum of possible games, the crop of boutique content games is one of the most conservative possible development strategies. Rosy cheeked media critics who might imagine the real history of games started in 2007 are likely excited by such titles. However, when compared to the rich systemic and narrative experimentation of the last 30 years, these forms are ultimately a retreat; survivalist risk mitigation marketed as hip cultural advancement. Such games tacitly give up on the idea that games could be a different type of thing than traditional media and adopt whole hog similar methods and limitations. At the crudest level, you flip pages, you see content.

One should tread lightly in labeling this as a ‘bad’ change. Evolution does not judge. This strategy works. Good, passionate people are making money and surviving to build another game. That’s all you can really hope for as a game developer in a staunchly capitalist world.

Since we are dealing with a conservative product strategy, comparable markets suggest where these might evolve over the next 5 years. 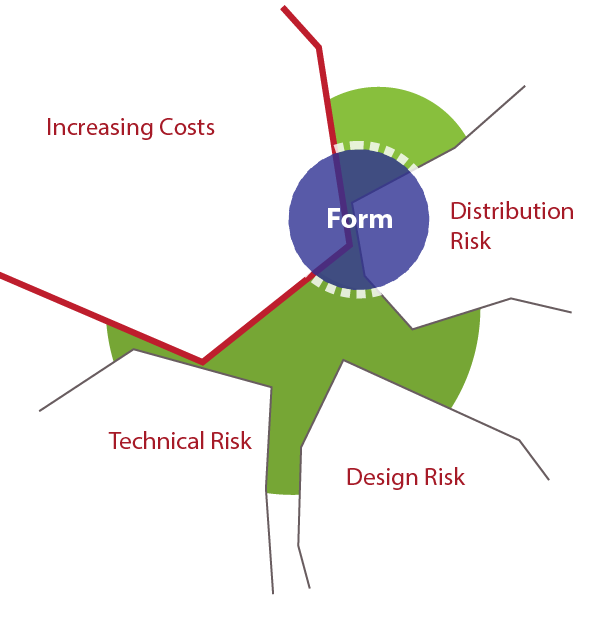 It may seem silly to predict a future of saturation and collapse when there are so few of these games around. Yet markets are never eternal. Due to the lack of competitive moats, this one will mature rapidly and any golden period is likely to be short. 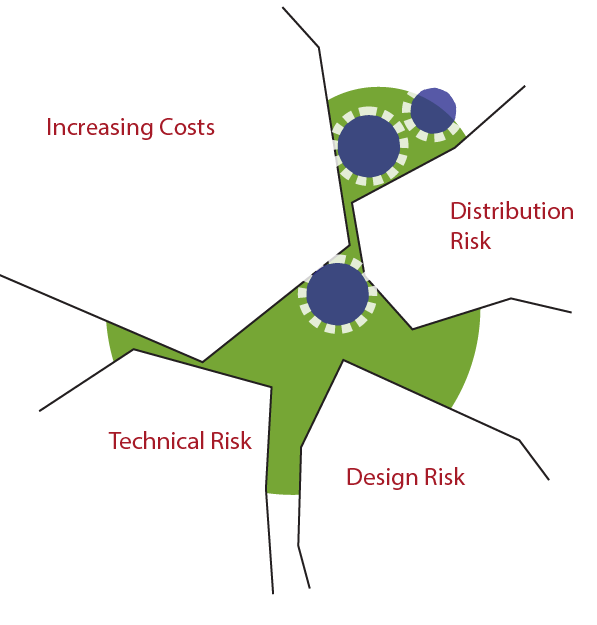 Fig 5. Fragmentation into sub-forms due the changing landscape

In some sense, these short content focused games have made a deal with the devil. They've reduced their inventive mechanical scope and deliver all their value through highly polished content. However, one constant of the game industry is that content costs are always rising on a given platform. The cost curve is the monster that eats our industry. It is great to trim 1/10th of the content in a game to get your costs down, but what happens when the cost of making content then jumps by 10X? That brief advantage disappears.

Though I don't personally make short content-driven games, I find this lens immensely useful in understanding how and why my work impacts the world. All art is shaped by the economics of a specific time and place. All standardized forms of art are but niches within a socioeconomic ecosystem. They are not eternal, they shift over time. Knowing that common forms are not some absolute truth empowers the clever and observant developer.

It pays to ask: Who is making money? How do the developers, journalists, museums, critics or other middlemen benefit from promoting the works that they promote? Any creative work that depends on money-making institutions (big or small) is a commercial artifact, shaped by commercial constraints. None of us are truly independent creative entities. That’s at best a pleasant illusion, a lie. We all create within systems that cull our impassioned work with pragmatic brutality. We also, like it or not, preempt this culling through self-censorship.

The flip side of this analysis is to look at the failures.  Ask who is doing something different and failing? What structural and environmental factors explain why they are not making enough to eat? Once you've identified the problem areas, is it possible to spot gaps and come up with a new strategy that lets you thrive?

When you see a new form of game emerging, ask why. Seek to understand the confluence of forces. Then use this rich understanding to invent your own unique form of game. Do your part to ensure that the evolution of games never stagnates.

PS: My original training is as an artist and these short content-based games are the ones I've been playing and recommending the most lately. If anything in this rather sedate essay feels like an attack on something you love, take a second look. :-)