A YouTube video titled "Prince of PersiaÂ Redemption" is getting some attention today after a number of devs confirmed it's target footage for aÂ Prince of PersiaÂ game that was cancelled before release.
Alex Wawro
Blogger
May 06, 2020

A YouTube video titled "Prince of Persia Redemption" is getting some attention today after a number of devs confirmed it's target footage for a Prince of Persia game that was cancelled before release.

What's intriguing about this footage, which shows an upload date of 2012, is the fact that former Ubisoft Montreal animation director Jonathan Cooper took to Twitter today to confirm that the footage is real; the pitch video looked so much like real gameplay, in fact, that it inspired the 2010 pitch video for Assassin's Creed 3.

"Amazing work from animation director Khai Nguyen (For Honor) and team," reads an excerpt of Cooper's statement. "This target game footage (pre-rendered game pitch) inspired our own pitch for Assassin's Creed 3 as they did such a great job making it look like real gameplay."

It's yet unclear why this Prince of Persia was cancelled, or how the footage got on YouTube; the account hosting it appears to be independent, and Kotaku points out that a comment posted to the video two years ago by someone who appears to be Ubisoft Montreal's Marc-André Belleau reads "Where did you get that?!" 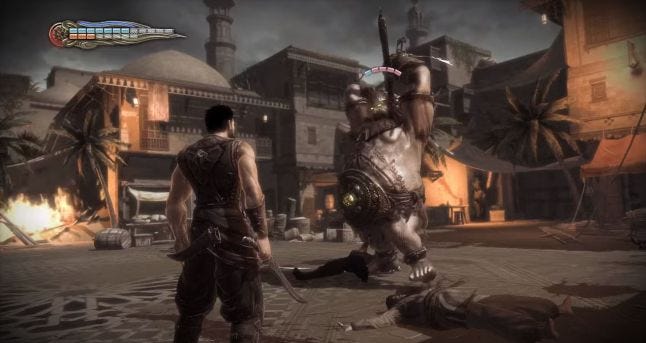