Going Indie: A Personal Story of the Founding of Rikodu

A recount of the birth of our small indie studio at Rikodu. It explores one way of making the jump from working in non-gaming software to starting an indie studio.
Alexandru Palade
Blogger
December 12, 2016

Hi there. I’m Alex, and in April 2016 I founded an indie game studio in Cluj-Napoca, a city in the heart of Transylvania. Read on to hear a personal story of why I left my safe, well-paid job to jump into indie gaming, how Team Rikodu got together and how we ended up winning our first prize at the Dev-Play Indie Pitch with the prototype of Second Hand: Frankie’s Revenge.

Indie is a loaded term and it means different things to different people. To me, Indie boils down to two things: increased risk and some level of sacrifice. Indie developers live or die by their success and they sacrifice either their free time or the potential to make more money. In exchange, they get creative freedom and the potential to get a much larger share of the financial success. 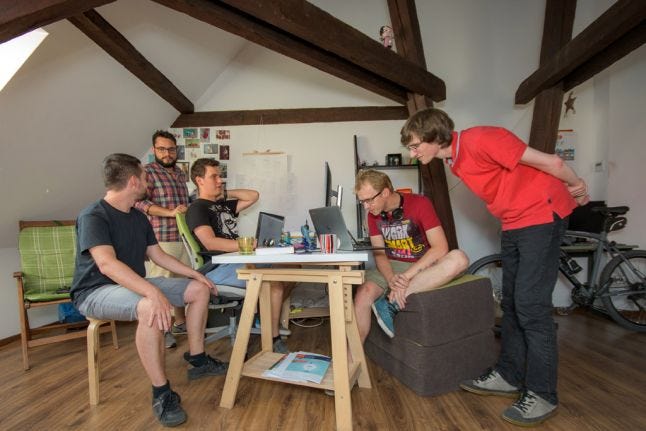 My story is a variation on another common theme: a software developer who loves games, always wanted to make them, but was taken by life on a different path. The only minor variation is that I had a better paid job to give up than usual, because I had climbed the corporate ladder and was managing a large product department by the time I left. But those of us who are marked have no escape. The fascination with games is what led me to follow a career in technology. If I would have settled and hadn’t jumped in – Indiepocalypse be damned – I would have regretted it forever. For those of you nodding in agreement who haven’t taken the plunge yet I have a quote from my favorite book: I must not fear. Fear is the mind-killer. Fear is the little-death that brings total obliteration.

Preparing for the Jump

Having made the decision to jump in the indie scene, I started thinking about how to approach this. It’s key to know your strengths and weaknesses so you so I began by listing my pros and cons to figure out what to do next.

Good odds? Clearly, this was going to be a challenge.

It was clear that I had to meet game developers so I could learn from their stories and find partners. I went to GDC/Gamescom on my own in 2015 to soak it in, see what it’s like and meet people; I went to all the local Game Dev meetups; I took part in game jams and workshops and any other relevant events I could find that were accessible to me.

Rikodu is now a motley crew of 8 contributors who are united in their passion for games and who love working together. This latter point is key. I met Radu, who just joined as co-founder, at a games development workshop he was teaching in 2015. I met Ovidiu, our level designer, at a game jam where both of us showed up alone, looking for teams. Rikodu’s lead artist Gabi was Ovidiu’s friend and worked with him on projects in their spare time. The team works very well together because it grew in an organic manner. 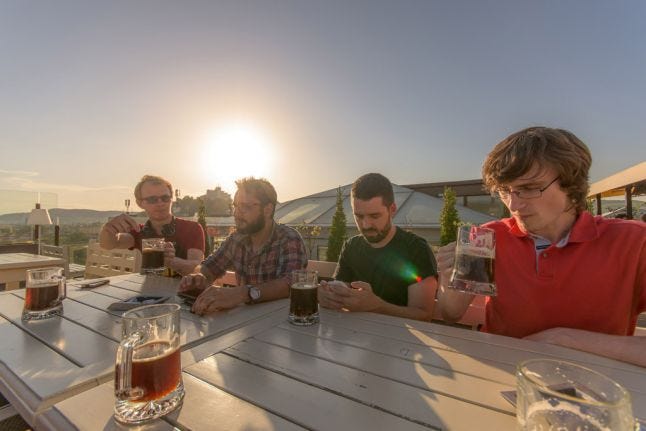 Rikodu’s current make-up includes veterans like Radu who brings 10 years of experience in the games industry, as well as newcomers with drive and passion who have sacrificed much of their spare time to learn and develop in their respective fields. Only two of us are working full time on Second Hand: Frankie’s Revenge as Rikodu is currently operating on the founders’ own funds.

The next stage for the company is to develop and validate a deeper, more expansive prototype of our game and then raise enough capital to fund the full development cycle. We are exploring funding options now and plan to secure the required funding in the first half of 2017.

Second Hand: Frankie’s Revenge is Rikodu’s first game and it’s still an early stage demo. It’s a fast-paced, co-op action game filled with mayhem and robots. We focus on gameplay and fun; essentially we just want people to enjoy beating the crap out of robots with some friends. We’re also trying to make this an interesting world, ruled by quirky, though not particularly bright, robots. 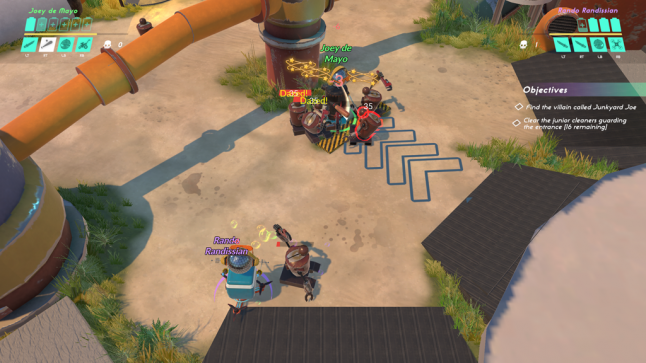 The unique twist is that your titular character’s robotic body can be shaped in many ways. You can use an arm for a chainsaw, a fridge for a body and a disco ball for head, to give one example. The challenge lies in making these choices meaningful and not just cosmetic. Hats are fine and all but we’re trying to make an actual action game, where skill matters. I hate this tired cliché but it is very fitting: we want the way you customize Frankie to shape the way you play.

The game is still in its early stages but we think we got the core combat experience right. Here’s what we had when we pitched at Dev-Play back in October:

Dev-Play and the Indie Pitch

This was the first game development conference in Bucharest in our home country of Romania and we entered the Indie Pitch challenge. We had our game on display throughout the conference and had to pitch it in 10 minutes to an international jury of experts. We were equal parts thrilled and horrified to show our game for this first time to OTHER PEOPLE. SH:FR was already a few months in development and we had grown quite attached, you see. What if they didn’t like it? What if they thought it was stupid? I had my first “don’t look at my art!” moment.

We ended up winning the Indie Pitch challenge! I think I couldn’t wipe the stupid grin from my face for a couple of days. The grand prize consisted of 1,000 EUR – which funded a trip to Indiecade EU – and a spot in the Indie Prize showcase at Casual Connect in Berlin. It wasn’t just about the prize though; it was also a confirmation that other people saw the potential we did. It was amazing and energized us for the next stage. 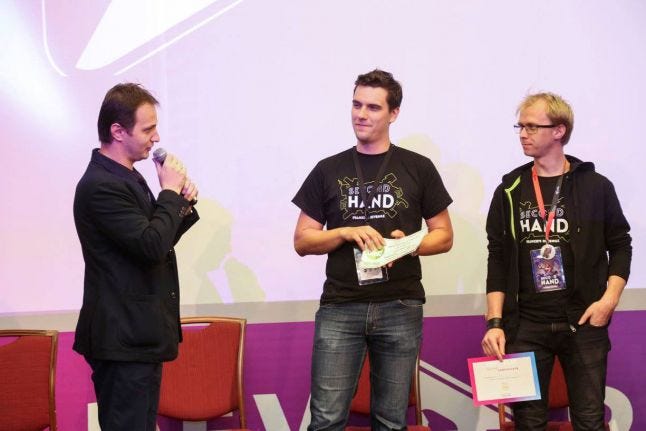 But I’ll tell you another thing: if we hadn’t won, this would still have been a tremendous experience. Watching people play, getting direct feedback, talking to fellow devs, is just incredibly important. I’m not saying anything revolutionary here but if you’re in that place where you feel “it’s not ready to show” don’t forget that you may be just a little bit biased.

As the story goes, this is just the beginning. The first prototype was meant to test if we could get the core combat experience right and if we could get people to have fun for 5-10 minutes. In preparation for Casual Connect, we’re now working on adding more depth to the combat, figuring out how to create long-term engagement and experimenting with mechanics that push players to collaborate.

On a personal note, I’m starting to feel more like a legitimate indie developer and less like an impostor. There’s still a lot to go and a lot to learn but the journey so far has already made the decision worth it.

Follow Rikodu and the development of Second Hand: Frankie’s Revenge at www.rikodu.com/blog and our Facebook and Twitter pages. And if you’re coming to Casual Connect in Berlin, do come over to say hi.