GDC In Pictures: Highlights from GDC 2015

To give you a taste of what it was like to be at GDC 2015, we've taken the liberty of compiling a few highlights from the Official GDC Photostream.
Alex Wawro
Blogger
March 10, 2015

GDC 2015 is over, and with record-breaking attendance this year it seems like the greater part of the game industry is still trying to get back to business as usual.

But not everyone had a chance to attend GDC last week, and those that did couldn't possibly have had time to see everything.

We did our best to bring you news, interviews and analysis of the most interesting events of the show in our GDC 2015 coverage, but a certain aspect of the experience is lost when you try to convey the tenor of a vibrant event like this through words alone.

With that in mind, we've taken the liberty of compiling a few highlights from the Official GDC Photostream to give you a taste of what it was like to attend GDC 2015.

You can find more photos from the show sorted into albums on the Official GDC Flickr page, while slides and video recordings from the various talks will be posted to the GDC Vault in the weeks to come. 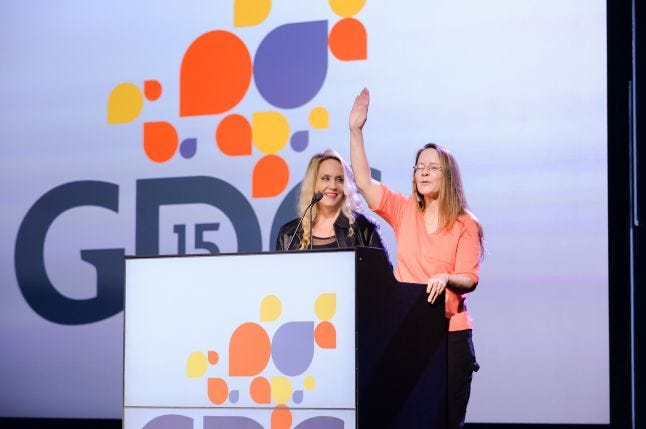 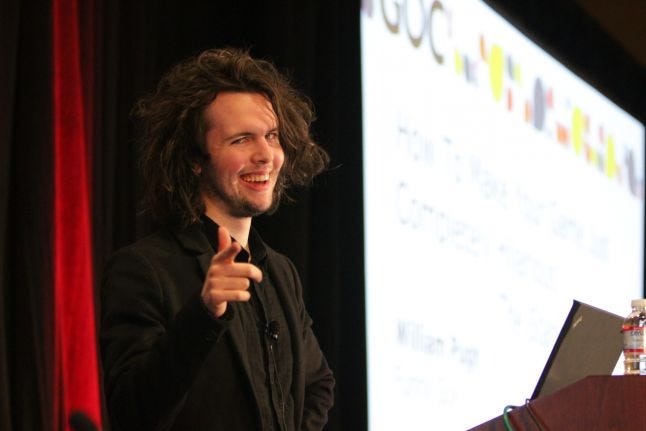 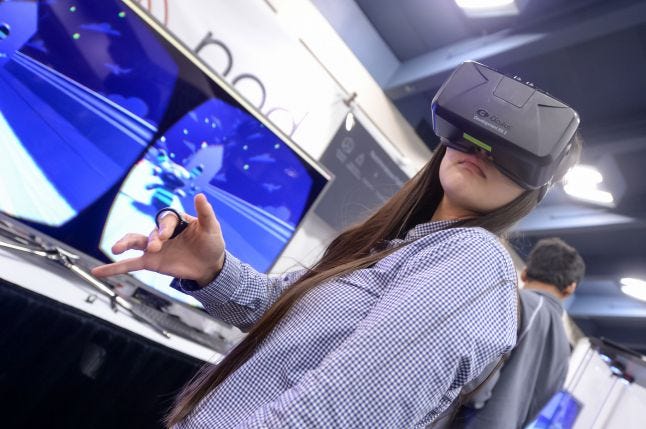 An attendee tries out the Oculus Rift VR headset and a Nod gesture control ring on the show floor. 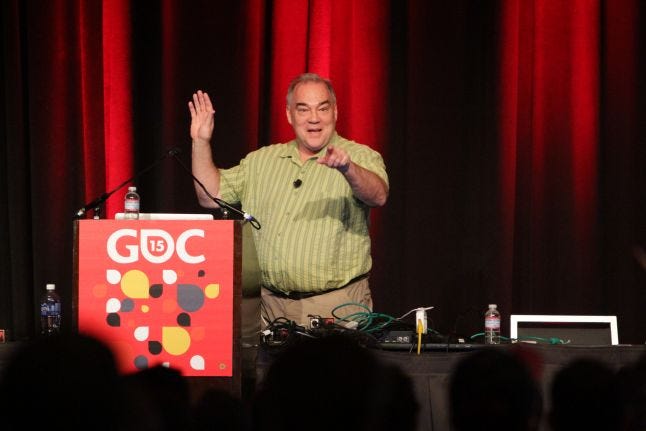 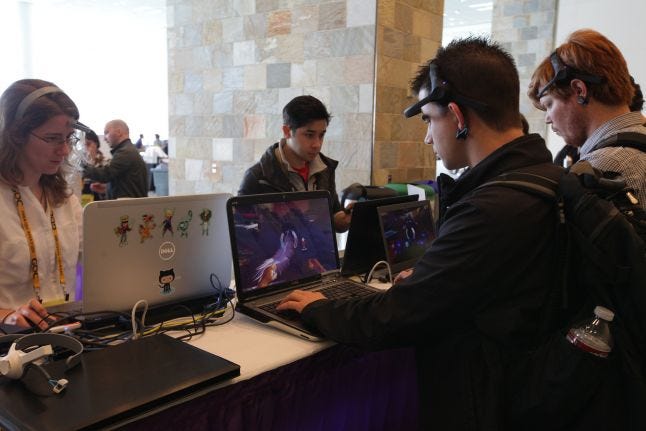 Attendees play Throw Trucks With Your Mind, one of the many games demonstrated in the Indie MEGABOOTH Showcase at GDC 2015. 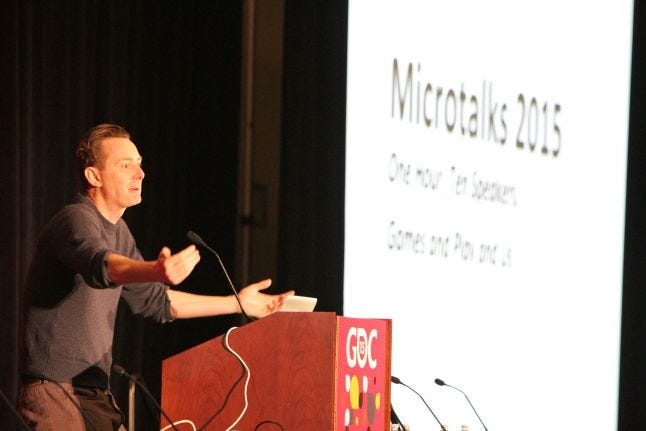 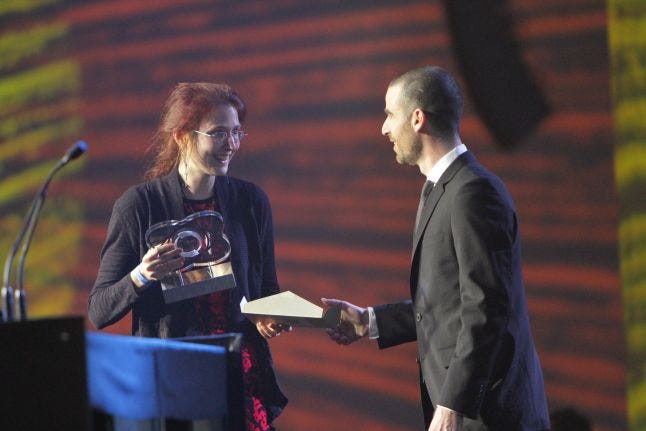 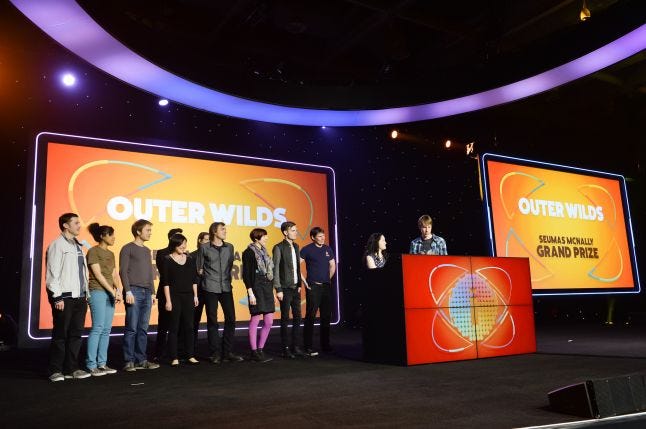 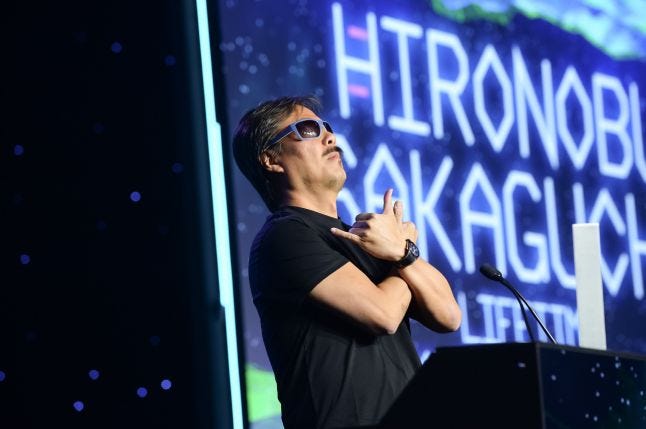 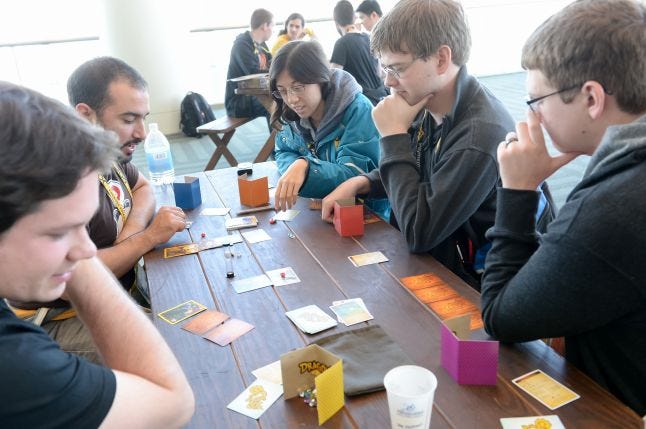 Attendees play a selection of the best board games of 2014 between sessions at the GDC 2015 "Shut Up & Sit Down" game lounge. 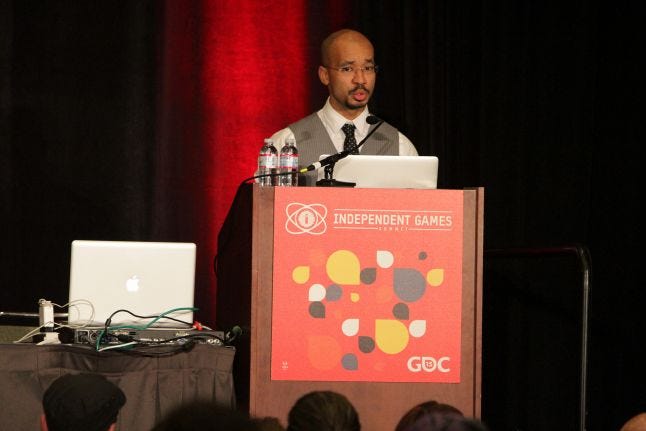 Cipher Prime co-founder Dain Saint analyzes the Universe from the game designer's point of view as part of the GDC 2015 Independent Games Summit. 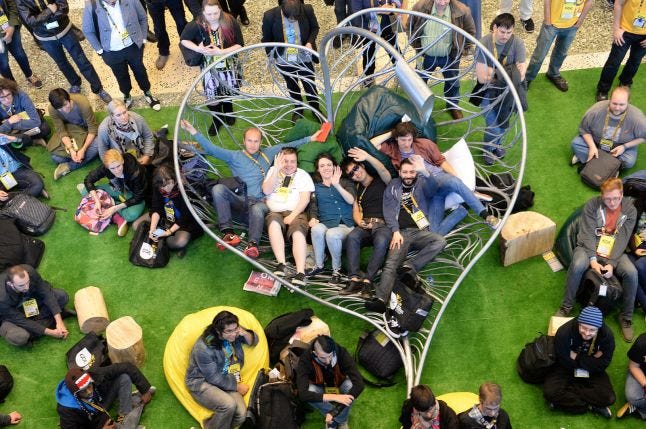 Attendees kick back and check out a few relaxing indie games in the Mild Rumpus grotto at GDC 2015.