While all four announcements are notable in their own right, it's particularly interesting to see The Pokemon Company moving to further unify the Pokemon ecosystem across consoles and mobile using Pokemon Home.

The new iOS and Android app is due to launch in 2020, and will let players manage and trade their collection of adorable pocket monsters across a variety of games. At launch it will be compatible with Pokemon Let's Go, Pokemon Sword and Shield, Pokemon Go, and Pokemon Bank.

That means budding trainers will be able to bring 'mons captured in Pokemon Go and other titles across to Pokemon Sword and Shield on the Nintendo Switch, which is a pretty big incentive to keep playing on all platforms.

Regarding the other three announcements, not much was revealed about the Detective Pikachu sequel, other than it'll be a Nintendo Switch successor to the original 3DS game, which ended on a pretty big cliffhanger.

We do know a little bit more about the two mobile projects: Pokemon Sleep and Pokemon Masters. The first will be an app that uses a new device called the Pokemon Go Plus + to track the sleep time of players, before using that data to deliver a "gameplay experience unlike any other." Like Pokemon Home, the sleep-tracking app will arrive in 2020.

Pokemon Masters, meanwhile, looks to be a more straightforward mobile title. Co-developed by The Pokemon Company and DeNA, the game will let players fight alongside their favorite Pokemon Trainers from the main series of RPGs and feature a new type of battling "optimized for smart devices."

The game will launch later in 2019 on iOS and Android, and was apparently inspired by a suggestion from franchise art director Ken Sugimori, who wanted to create a title featuring all past and present Pokemon Trainers. 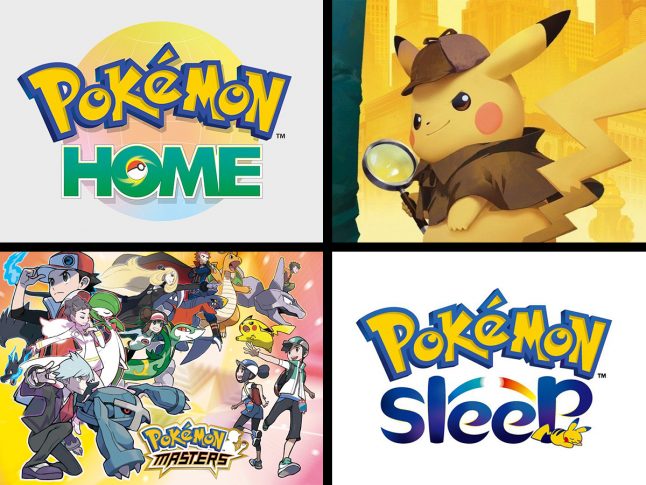