Five Weeks in the Wild - Early Access on itch.io

On the 10th of October I I started the Nowhere Prophet First Access on itch.io (http://itch.nowhereprophet.com). That was just over five weeks ago so I guess it's time for a look at how that went and how I feel about it.
Martin Nerurkar
Blogger
November 16, 2017

On the 10th of October I started the Nowhere Prophet First Access on itch.io. That was just over five weeks ago so I guess it's time for a look at how that went and how I feel about it.

Nowhere Prophet is a roguelike deck-building game. Take command of a convoy of outcasts and lead them through a colorful post-apocalyptic world.

I've been working on it since 2015 primarily by myself. The project has taken longer than planned (my original release date was mid 2016) but it’s finally getting ready.

My plan at the start of 2017  was to launch an Early Access campaign in December but the overwhelmingly positive feedback at conventions like Indigo made me pull that forward and aim for October instead.

I've spent a lot of time thinking about how best to launch the game - and why. Turns out I'm not looking to make a lot of money before the final launch, it's more about getting the game out there and building a community.

So how to do that in a way that makes sense for me?

No, that's too much work. It's about a month for prep and a month of full-time work during the Kickstarter. I'm all by myself so that's two months during which the game would not progress.

Add to that the fact that video games have had a harder time on Kickstarter lately. and combine it with the tough to describe (and harder to gifize) gameplay of Nowhere Prophet.

No, because that's dangerous. Releasing in Early Access on Steam already feels like a proper launch to many people and simply moving from Early Access to the final version isn't really a newsworthy event anymore - unless your game is already famous.

I'd rather go slow and focus on one big release. Also launching on Steam later runs less of a risk of accumulating some bad reviews while the game's still being worked on.

A bit of both?

Yes please! I decided to take a closer look at itch.io, after seeing their robust support in action for Overland. Then I noticed that the platform offers a rewards system and a new idea was born:

An Early Access combined with higher backer-tiers that offer the unique chance of shaping the game. I wanted my fans to be able to invest into a game they love to see themselves in it: You can spend to become one of the cards, design a piece of equipment or even become a boss enemy. 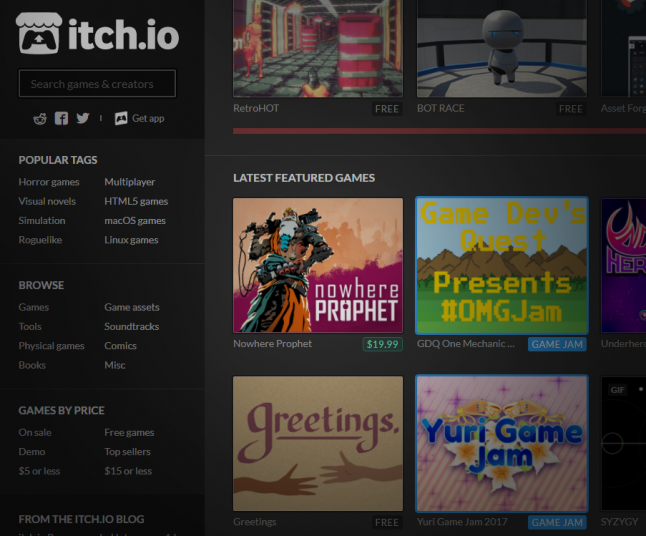 So I had an idea, spent some time with the reward tiers and their pricing and then I planned a long marketing campaign, full of ideas for image posts, contests, raffles etc. And then scrapped it.

Instead I decided to soft-launch the game to take some of the pressure off of myself. I opted for a softer start and instead decided to put more of the emphasis on the final releasedown the line. That gives me more freedom to still experiment with the game now without fear.

I’ve also kept my expectations purposefully low. Itch.io is not a marketplace that's known for $19.99 mid-core games. So I went in expecting about 20 purchases in the first week, 10 of which from friends and family, and the usual decline to a slow drip afterwards.

Turns out my friends and family have sorely disappointed me, bringing shame on their houses: Only a meager 5 purchased a copy of Nowhere Prophet. However every one else stepped up. The first week saw about 60 purchases, three times what I expected. And there were a total of 136 sales in the five weeks since the start of the First Access. 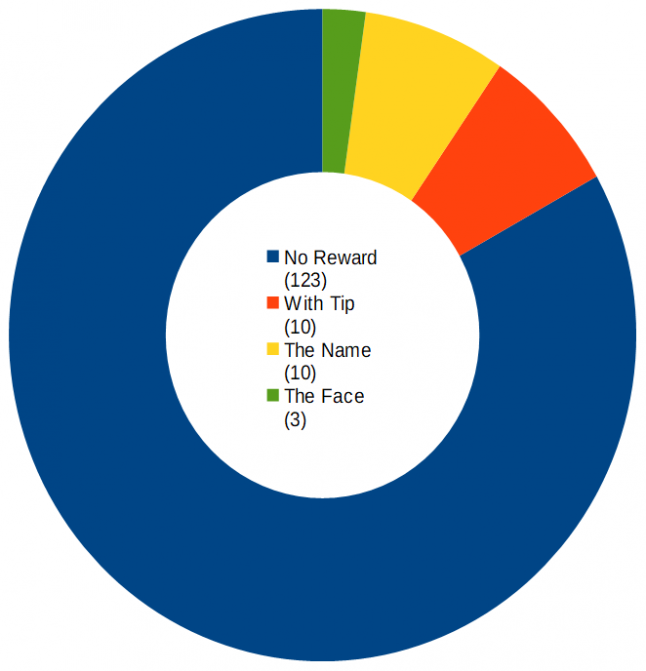 Deducting the 10% retained by itch.io and the payment provider's fee leaves about 85% of the sale price. Looking at all the purchases so far that leaves me with a total of $2628,94.

As video game launches go that's not a terribly good one. Considering that a big chunk of the money a game makes comes in the first weeks this looks bleak. But then again, this isn't really the game's final release.

Still, all that said: I'm very happy. The game sold much better than I've expected. But not only that, I've also consistently received good feedback and a few very active players have started to form a core community.

Also there were a few surprise streams and videos. Having done little to no marketing I was really happy to see that some people stumbling over the game found it intriguing enough to try out. Most notable are the videos from Dad's Gaming Addiction and Splattercat. Splattercat even recorded two videos which are filled with positive comments. The impact of these videos can be seen in the stats above: The clearly visible spike on the 21st of October coincides with the first Splattercat video.

I'm also really happy with my last-minute idea of opening a Nowhere Prophet Discord channel. I wavered before the First Access a bit as to where and how to set up the community hub: My own forum, the steam community, the itch forum? In the end I decided to go with the path of least resistance and use the built-in itch forum, and then added a Discord channel, which has quickly become invaluable.

It's allows me to get direct feedback from my players and to incorporate the most active members of the community into the beta builds of upcoming patches.

I'm very happy with my decision to go to itch.io first. The positive feedback has made me confident that the final launch has a solid chance to be successful. It's even got me thinking that I might roll the game out to Early Access on Steam before the final release, which, by the way, is planned for Q2 2018.

But before that I'll be busy updating and polishing the game. The first major update was released today and that felt like too long a stretch. For the next updates I'll be aiming for a turnaround time of 2-3 weeks as to keep them focused and provide a more steady stream of new stuff for my players.

And that’s it. I’m excited to see where the game is going and I’m optimistic about the release next year.