Fire Emblem: Awakening is a triumph of good design and advertising, not casual appeal

Casuals are the future! Without casuals our industry will crumble into dust. It's a seductively easy line of thinking, but if we look to one recent success of 'casual appeal' on Nintendo's 3DS, the narrative starts to look a lot more complicated.
Kris Ligman
Blogger
January 08, 2014 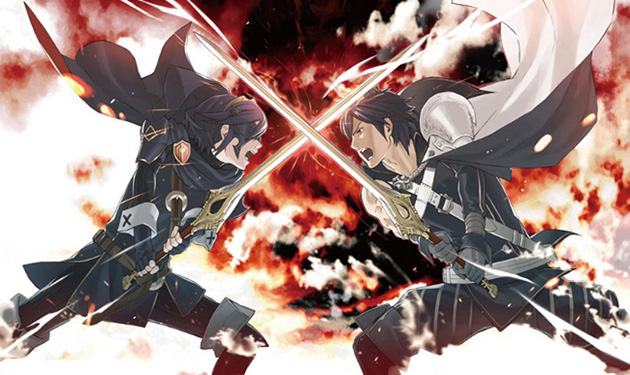 Kris Ligman is a Contributing Editor for Gamasutra.

Casuals! Casuals are the future. Without casuals our industry will crumble into dust. Igor! Bring me more pets and social features!

It's a seductively easy line of thinking, to believe that by simply tapping into that dirty casual wellspring of tropes your game will achieve financial success. Fire Emblem: Awakening's breakaway success on the 3DS, only recently outpaced by Animal Crossing: New Leaf and Pokemon X & Y, is supposedly a textbook example of incorporating casuals to reinvigorate a franchise, but I would argue this is a red herring. FEA's success has less to do with casual appeal -- which is not new to the franchise -- and more to do with aggressive marketing and press attention.

Putting into context with the rest of the franchise

Fire Emblem: Awakening is the thirteenth entry into the Fire Emblem franchise and, so the story goes, a watershed moment for its developer, Nintendo's first-party studio Intelligent Systems. The fact that it comes at the tail end of a long line of games, many of which share the core characteristics as FEA, is important: it means we have an easy line of comparison.

So let's do that and contrast Awakening with its immediate predecessor, Fire Emblem: Shin Monsho no Nazo ~Hikari to Kage no Eiyu~ (informally translated, New Mystery of the Emblem, Heroes of Light and Shadow). As the styling of the name should cue you, this game never saw English localization, but otherwise it's a perfect comparison: developed for a Nintendo handheld (the DS), it features a customizable avatar unit and the ability to toggle on and off the game's hallmark permadeath mechanic, just as Awakening does.

Now, 270,000 units in Japan is typical, even good, for a Fire Emblem game. It's in line with performance for the franchise's other recent handheld entry, a DS remake of Shadow Dragon (260,000), and significantly outperformed two of its recent home console installments, Path of Radiance (160,000) and Radiant Dawn (170,000).

I don't mean to lean too heavily on VGChartz stats here, but the overall shape of the story should be clear for our purposes: in general, the franchise has performed better in recent years on handheld than on home console, and while sales were in no way harmed by "casual" features like optional permadeath -- indeed, it undeniably had a positive effect -- these features alone aren't the magic bullet we believe them to be. Otherwise, Heroes of Light and Shadow's numbers would be more in line with Awakening's, even after we take into account variables like total install base. 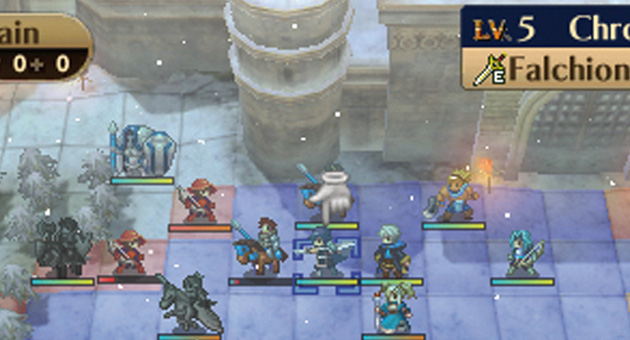 So what did send Awakening over the top? In my view, it's a combination of good production values, an original narrative, healthy advertising, and fortuitous timing.

Awakening's production values speak for themselves: it's pretty, the character art is crisp and modern, the music is rich, and the voice acting for the most part passes muster, with a few exceptions. UI design, while not perfect, flows quite well for the genre and the combat and class system reveal a lot of fine-tuning.

Advertising and a smart launch window, though, did more for the game than solid design ever could. Particularly for N.A., the game was hyped early and often, first following Nintendo's 3DS showcase at E3 in 2012, then subsequently in Nintendo Direct videos and trailers.

Its Japanese launch in April 2012 found it competing with only one other JRPG for the platform, Code of Princess, and its N.A. launch in February 2013 had it competing with absolutely no titles in the same genre or practically any games at all, even as hardware sales remained decent. Arriving months before the 3DS's first Pokemon and Animal Crossing: New Leaf -- the latter of which I deemed the 3DS's "killer app" in my Best of Gamasutra list a few weeks ago -- Fire Emblem pretty much had the handheld market to itself for an unusually long stretch, during which time it generated plenty of chatter in publications like Kotaku and IGN.

This also bears out in the data I've managed to collect through a semi-informal survey late last year. Asking an audience of players including developer professionals through Twitter and Facebook, I found that the vast majority (79 percent) learned about the title thanks to web advertising and online buzz, and that coverage of the game in print and web news publications was the leading influence (36 percent) behind players ultimately deciding to make the purchase. 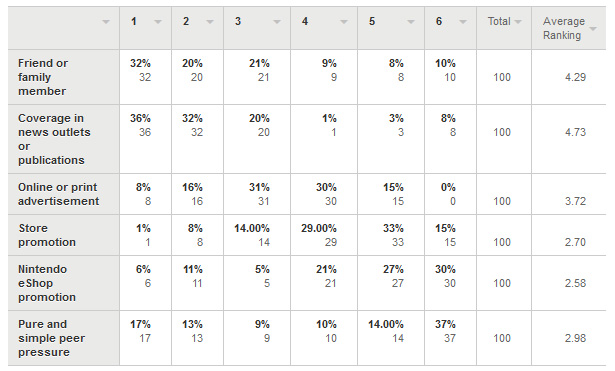 Now, this survey was not the most scientific thing in the world. Because of how the form was distributed, it self-selected for players who already regularly use social media, and thus would be more likely to hear online buzz and read game news sites. Also, since a large percentage of respondents came in after we retweeted the survey from Gamasutra's official Twitter, we can assume the respondents skew closer toward Gamasutra's typical readership than what Nintendo may have for its actual data on who plays Fire Emblem: Awakening and how.

That being said, the last thing the survey indicates is that casual features were a key driving factor behind sales. Take a look at the charts below which indicate play settings: a majority (60 percent) of players played the game on standard difficulty with permadeath on (71 percent). This flies in the face of any assumptions that survey respondents are either predominantly hardcore players (who would opt for harder difficulty settings with their permadeath) or predominantly casuals (for whom the permadeath toggle is ostensibly intended). 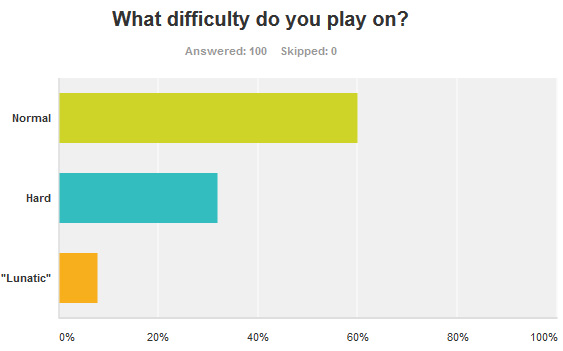 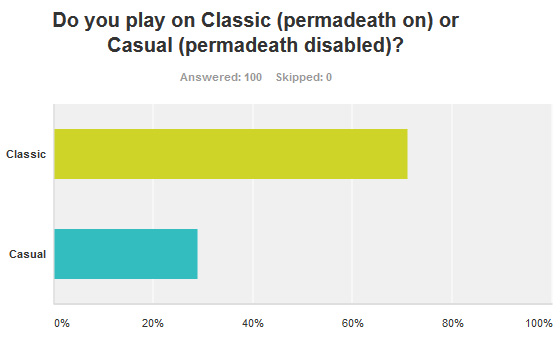 This plays out over individual responses as well. Though players on Normal difficulty were more likely to be newcomers to the series, more than half (54 percent) reported playing with permadeath enabled. And a good 60 percent of all respondents said they "never considered" the adjustable difficulty or permadeath settings when deciding their purchase, regardless of which settings they ended up using.

The survey's conclusions are a little simplistic, granted. It's not the sort of data you want to take into a board meeting. But it still provides us with more nuance than the assumption that it was casuals buying the game in droves which saved the series. To do so, in my opinion, denigrates a lot of the solid game development Fire Emblem: Awakening's team actually put into the title -- and also unfairly mythologizes casuals (and "casual appeal") as being a bigger part of a franchise's revival than it in fact is.

Reducing barriers for entry for players is valuable, yes, and the fact that in my survey players on Normal difficulty were almost evenly split between enabling permadeath and switching it off suggests this is a welcomed feature. But six percent of Hard mode players also made use of this option, so we'd be remiss in assuming only casuals benefit from its inclusion.

Instead I'd suggest it's a combination of factors, including -- critically -- aggressive advertising and the lack of real competition during Awakening's launch window, that enabled the game to bring in the numbers that it did.

Accommodating casuals helps, without a doubt, but let's not make the mistake in assuming it's a magic cure for an ailing franchise. Fire Emblem: Awakening is not the first game of the series with these features and its success versus its predecessors proves, in my opinion, that solid execution and market savvy beat out any singular mechanic or difficulty option.