The service will be integrated with Facebook Gaming, and is already available in beta form for a limited number of users. According to Facebook's vice president of play, Jason Rubin, over 200,000 people have already played games through the nascent platform.

As it stands, users can access five titles through the service including Asphalt 9: Legends, Mobile Legends: Adventure, PGA TOUR Golf Shootout, Solitaire: Arthur’s Tale, and WWE SuperCard, but Facebook plans to diversify that lineup as the platform continues to scale.

"It’s critical for us to start with latency-tolerant games so we can deliver a good experience for players across a variety of devices," commented Rubin in a blog post. "For the purposes of our beta, that includes genres like sports, card, simulation, and strategy games.

"This is cloud gaming after all, so even with latency-tolerant games players may notice some glitches. We’ll occasionally show player rating cards and feedback forms to help improve the experience over time."

Rubin also stressed that Facebook will build the service slowly to avoid overpromising and under-delivering, and noted that it isn't designed to compete with or replace more robust offerings like Stadia and xCloud.

"Cloud game streaming for the masses still has a way to go, and it’s important to embrace both the advantages and the reality of the technology rather than try to oversell where it’ll be in the future," he continued. 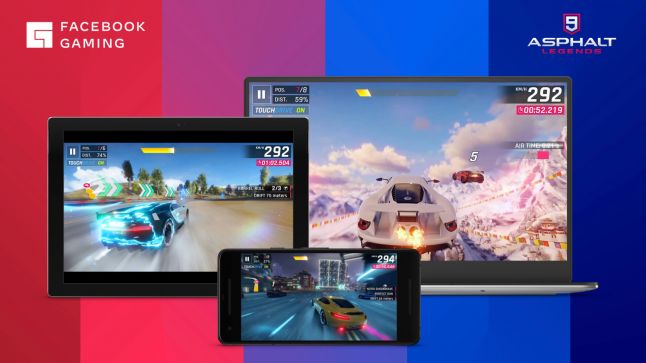 "We’re [also] not trying to replace your favorite gaming hardware. We love console and PC gaming and both formats will be around for a long time. We believe cloud gaming will increase -- not replace -- the options to jump into great games."

Notably, the VP also touched on the issue of bringing cloud-gaming to iOS, and suggested that while Facebook would like to venture onto the platform, Apple's recently revised App Store guidelines could prove too big a hurdle.

"Even with Apple’s new cloud games policy, we don’t know if launching on the App Store is a viable path," he continued. "'Of course, there is always the open Internet,' so mobile browsers may wind up being an option, but there are limitations to what we can offer on Safari.

"While our iOS path is uncertain, one thing is clear. Apple treats games differently and continues to exert control over a very precious resource."