Engagement Study about mobile game Raids of Glory. In this post, you will learn some ways to engage and monetize your audience and improve your game design for better gaming experience.
Jero Juujärvi
Blogger
March 31, 2015

If you are not familiar with Raids of Glory title by Nitro games, I highly recommend checking the game and its features before reading this funky study. You can also check TheGameHuntah’s YouTube video series to learn the core feaures of Raids of Glory: https://www.youtube.com/playlist?list=PLr2-VVwC-noY-s4VqAXD-1dcHW_3hN0bv

If you are already familiar with the game, then let’s ready our ship and sail west for the treasures! 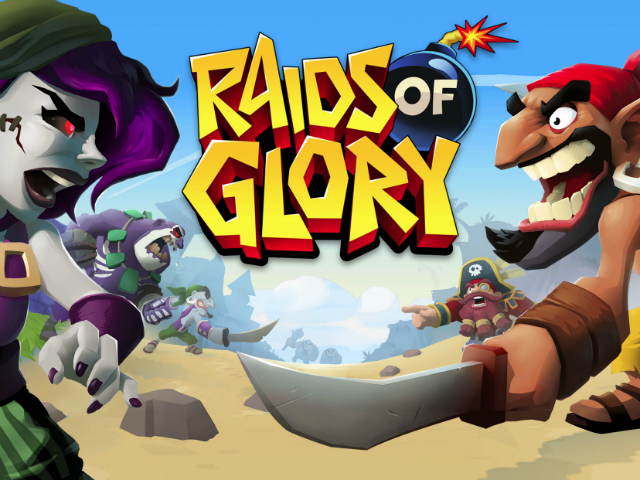 This study is about my analysis of Raids of Glory and how I would improve the game to reach success criterias in current mobile game market. Also I will add ‘Lesson’ section so you as a reader can take the knowledge to utilize it on your own projects. But before we go into the details of how I would increase game’s retention rates, user engagement and monetization, I want to clarify a couple of things:

So below are listed some improvements that may require enormous effort to execute and some might take a very short amount of time to get it done. In real life and not in my imaginary world everything requires resources. We should always consider if the change is worth of the spent resources, and yes there are a million ways to make something better but how many there are left after you reduce time, money and other resources from the result? So, off to imaginary world we go!

Raids of Glory looks and feels a lot like another Clash of Clans, but its powerful RTS features differentiate itself from other village building games greatly and as so, I would change the game style and marketing more toward themes that attract RTS gamers and hardcore Clashers.

I admit, I am not too picky about how fair the game is when it comes to game design. I see myself also as a businessman and I measure my products always by two metrics: sustainability and profit. So for me there is nothing wrong if random elements are engineered to be random and are still under the control of developer (Candy Crush Saga) or game element cheats to make players lose their game so close to winning (Best Fiends / Puzzle & Dragons). My personal opinion about this topic is that we as game developers should think that we are selling an experience and an service to the players. If we are using manipulative ways to bring wanted experiences and emotions onto player, are we evil or successful at our service? I would go for successful as we are delivering valuable experiences for the player. Player’s do not care if you were fair when doing the game design, Players only care that they get an experience worth of their time. To optimize experience for players we must have the cards in our hands before we share them to players to play.

Based on my assumptions I believe that Raids of Glory’s main player audience is currently ex- Clash of Clans players as Raids of Glory offers a lot of similar elements, so let’s put our player’s thinking cap on.

“It’s cool to build buildings in a game, upgrade them and strategize my village defense by placing defenses around the village. When I go raid the enemies I just tap ground at specific location and my troops are spawned. Game takes control of them and they go raid the enemy village. Resources are abundant if I raid other players and when using those resources to upgrade buildings, build times are really long what makes my village defense weak momentarily. Better save the  premium currency and use it only on builders or permanent benefits such as unlocks. Visit village after 3 hours or so to collect resources from mines and dwells and raid other players, set some building on upgrade and wait another 3 hours.

Now let’s take our binoculars and follow how he behaves when he enters the Raids of Glory.

After he launches the game, he learns in tutorial that he can control his units when raiding enemy village. Units have an aggressive AI (Which is good because it gives users “something to master” to get better during his stay in Raids of Glory). He goes through the basic tutorial where he learns the same basic elements that Clash of Clans has as well.

When the player goes to complete other tutorial missions and is used to the fact that all of his spawned units will be lost after a level is completed or failed. (As it is popular feature among village building games) so he tries to ‘optimize’ his gameplay by sending minimal size of army to defeat the level. Most unsuccessful players will find out that he lost all his troops and now won’t have enough rum (currency) to intoxicate another army (recruit army) to finish the level. This makes first play duration very short and limited and makes him leave game as unsatisfied and annoyed. Users who are not used to RTS elements may be surprised and confused also.

Most players will put more units to have a guaranteed victory (this should be tracked by analytics to optimize early game experience into perfection) but still not all units, mostly because of the reason stated earlier and so loses a huge portion of the army at that fight. (It needs to be teached to the players that he should use all his units in fights to get better survival chance for his army units, and I mean literally teach, not write a text field to tell this information, who reads them anyways?) After the fight he returns to his village and sees that his army count is not that low. That teaches the thing, but teaches it too late as when they reach to barracks to hire more units he also learns that units are very expensive compared to other village building games, what forces player to wait 3+ hours to have another try on this game. This makes first-launch play-time duration short and unsatisfied.

In every game, developers should perfect first-launch session experience as this is the point from where everything else in-game is perceived. Example: You call female character ‘bitch’ in first game session of your game and your game is sexist forever.

Lesson: Think first launch experience and tutorials with fresh set of eyes and think how different segments of players behave and progress in the game. 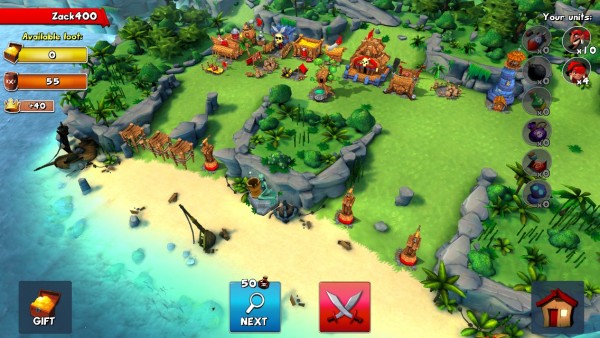 After first-launch struggle, game gets very, very good. Game is well balanced, engaging and offers lots of challenge and new features for players to delve into and enjoy for a longer period of time.

One very cool feature is the game’s strategic defensive buildings limit as currency and is not as fixed amount of specific buildings. This gives freedom for players to experience different defensive strategies and enables users to change amount of different buildings used as defense, their positions and quantities of each, providing great depth for strategic planning. This is a very good example of user generated content. (Think all those forum posts, YouTube videos and chats about “best defense in Clash of Clans” x 20.)

You give them tools and they create solutions. If Raids of Glory gets into gamers popularity spotlight, it gives lot of viral possibilities to developers as everyone is offering their supreme defensive strategies and tips to save your gold from other raiding pirates!

Lesson: Give players tools and purpose and soon you can find sphinx at your backyard.

If player logs in multiple days in a row after he has built the tavern, he is rewarded with cards that contain gold, rum and resource boost as a login reward, the more often user logs in the more cards he can select.

This is good way to engage users to return day after day but it can be changed to monetize the game as well. Let me present to you “Way of the Casinos”.

I would change system that each day the player is presented with 6 cards and he can pick 1 of the cards. Whichever he picks he will get 3rd or 4th best reward from the pool of rewards (declared below) and the other cards are shown to him so the player will realize as well that he did okay/little lucky. After that he is offered to buy a next card pick with premium currency. If he pays 1 card is added for a total of 6 cards (1 was already revealed so it was discarded) and shuffled and so it goes again and again.

Lesson: Goal of this is to create gambling feel of luck for player, to create the feeling that he MAY get desired 1st reward. This can engage the player to replay and replay it. I would use the following strategy on the rewards that he can receive from the cards

[1] 20x of price to play (big rewards are more attractive than smaller rewards and so attracts users to try.)

2nd try: 2nd Reward (He gets his invested premium currency back, “Cool I really am lucky”)

3rd try: 2nd or 5th (Track time wasted before hitting that reshuffle button, did he hesitate? If yes, make him feel that he is super lucky by getting again 2nd prize! , else make 5th so he feels he lost his precious premium currency but he still feels bit of lucky and may try again.)