SEARCH
A minimum of 3 characters are required to be typed in the search bar in order to perform a search.
Announcements
Alert
We are currently working to fix issues with cut-off articles and incorrect URLs. Click here to report an issue.
News
Gamasutra is now Game Developer! Click here to learn more about the change, what's new on the website, and what's next!
PreviousNext

EA is testing a new type of loot box in FIFA Ultimate Team that allows players to see what's inside them before hitting purchase.
Chris Kerr
News Editor
June 21, 2021

EA is testing a new type of loot box in FIFA Ultimate Team that allows players to see what's inside them before hitting purchase.

The new 'Preview Packs' essentially take the risk out of loot boxes purchases in the lucrative game mode by laying out "all the specific items contained within them" so players can make more informed spending decisions.

Buying loot boxes -- which take the form of card packs -- is an essential part of FIFA Ultimate Team, as they contain player cards that can be used to upgrade virtual soccer teams or traded and sold (for in-game currency) on the mode's transfer market.

EA has previously come under fire for using the controversial monetization method in FIFA Ultimate Team, with some detractors and regulators comparing loot boxes to gambling -- resulting in them being completely reworked in certain regions.

As the illustrations below show, players interested in the limited-time Preview Packs will be given the option to see what's inside before they buy. After previewing its contents, they'll then need to decide whether to push ahead with the purchase or wait for the preview to time out.

As it stands, Preview Packs will only be available during the Festival of FUTball campaign. It's unclear whether EA intends to make them a permanent fixture moving forward. 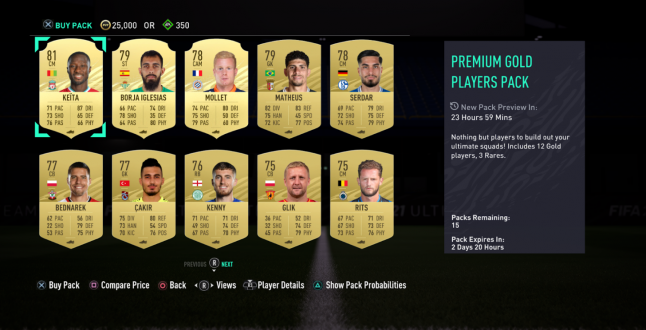 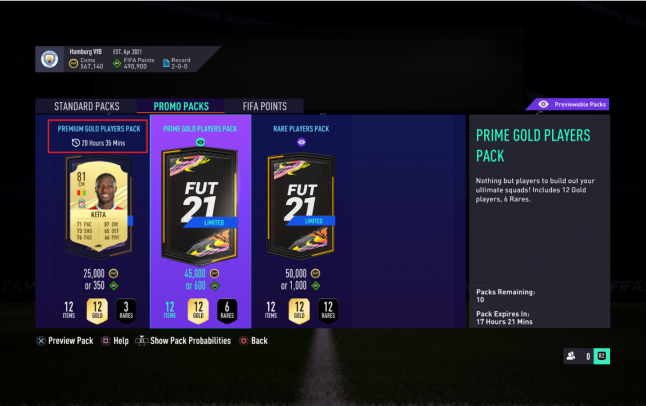