Discussing The Amiinsanity of the Toys to Life Market

A certified Amiibo Addict shares his thoughts on why Nintendo has a massive winner on their hands and the issues of being a victim of its own success.
Josh Bycer
Blogger
July 28, 2015

It's been less than a year since Nintendo's Amiibo line was doubted by critics, released to critical success and are now being touted as one of the best decisions by the company. As I sit here still trying to find some of the Wave 4 Amiibos, tempted by what's coming and gazing further and further into the abyss, I'm wondering if things have gone too far between Nintendo, the Amiibo Craze and what they mean for the Toys to Life market.

For those of you who have miraculously missed what's been happening with the Amiibos, here's a brief recap. Since the original wave of Amiibos were launched with Super Smash Brothers Wii-U, we've seen Amiibos for Splatoon, a Super Mario line, exclusive ones to specific stores and now special ones such as the Chibi Robo pack-in and retro Mario.

The Amiibos functionality differs from game to game; Super Smash Brothers Wii-U gives you a trainable AI, Mario Kart exclusive costumes, Splatoon unique content and more. Before we talk about what the problem is with the Amiibos and what's coming next, we need to talk about why they are so popular for Nintendo.

Nintendo's brand recognition is one of the strongest in the world and is up there with Marvel and Disney. The main reason specifically about this post has to do with Nintendo's quality control. Like most brands, Nintendo is very protective of their brands and they are very selective with how to position them.

Nintendo could have easily been making first party toys of their various properties for years now, but they chose not to for reasons that I have no firsthand knowledge about. The point is that there have been fans (like myself) that grew up loving Nintendo games and characters, and never had toys or collectibles straight from the house of Mario itself. Such as comic book collectors, Nintendo fans now have something official to show their love of these series that they grew up with. And what we have and are getting takes us to point two.

It would have been very easy for Nintendo to put together cheap figurines or just copy the styles of Infinity or Skylanders, call them collector's items and call it a day, but they didn't. The Nintendo Amiibos have a higher quality to them; you can see this with the variety of textures and detail on the various figurines. Elements like Link's Sword and quiver, Mario's clothing and more. With each new wave of Amiibos, the detail has improved with the recent Splatoon ones looking very nice. 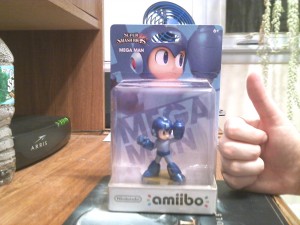 Again, Nintendo fans didn't have access to official Nintendo products of any quality and to get something this good is amazing for lifelong Nintendo fans. Especially some of Nintendo's lesser known or popular characters like Fox, Pit, Wario etc.

Having this wide range of characters and properties also helps when it comes to giving them functionality in a variety of games.

Nintendo's ace in the hole compared to Skylanders and Infinity is the fact that the Amiibos don't have a set purpose or limit. With the other two, you can only use them with their respective games and that's it. The Amiibos have the benefit of not being tied to one game but to Nintendo's platform line, giving them more functionality. Every game can have a different function because the use of the Amiibo is tied to the Wii-U or 3DS itself, not to specific game mechanics or structure.

This also future proofs Amiibos in the sense that just because an Amiibo like Wario or Shulk is limited in use now, doesn't mean it will stay that way. Unlike someone buying DLC that has a set price and value, the Amiibos have a set price and variable content on top of their collectible nature.

The final point of what made the Amiibos popular is also a springboard to talk about the problems at hand.

The Amiibo's success took everyone as a surprise, including myself and Nintendo. While the obvious big name ones (Mario, Peach, Donkey Kong etc) have remained easy to find, the rarer ones have become that much harder. First wave Amiibos like Pit and Captain Falcon, have all but disappeared except for third party markets. 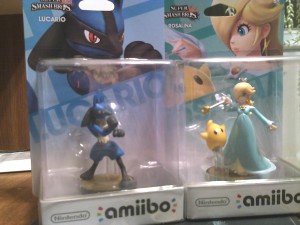 Store exclusive ones are also harder to find and as a quick funny story, I had a Target clerk laugh in my face when I asked if I could preorder the Rosalina Amiibo earlier this year.

Amazon has been doing one hour sale windows for their Amiibos, causing people to slam the servers hoping that they can get their hands on one.

For Nintendo, this is every corporations' best first world problem: Having people love their product so much that they're out of stock, but this is starting to affect how Nintendo is positioning the Amiibos and what it means for the future.

The success of the Amiibo brand has become a scalper's best friend over the last year; with many people buying duplicates in order to sell them for three to four times the normal price. Because of Nintendo not properly stocking the harder to find ones, there are Amiibos going for as much as $40 or more compared to their $12.99 price tag.

Amazon's one Amiibo per person did help to get legitimate sales for fans, but it's a band-aid fix to the problem of availability. For every fan who wants an Amiibo or to collect them all, there are more scalpers limiting availability and driving up costs. While this is not a real problem for Nintendo because products are being sold, this does have the potential to hurt them when it comes to actually using them.

As I said earlier, the beauty of the Amiibo line compared to Skylanders and Infinity is the fact that the Amiibo functionality can be different based on their game. The problem is that when you combined this kind of functionality with a limited product, it creates frustration for fans.

Imagine if developers started releasing DLC that had a literal limit before they would stop selling it; requiring people who miss out to go to third party markets and inflated prices. This wouldn't be bad from the developer's standpoint as they are getting all the profit, but I can tell you that this would piss off fans. There are already plenty of consumers who hate pre-order DLC or exclusive content; just imagine if they found out that they only had a limited window to own 100% of the game content. 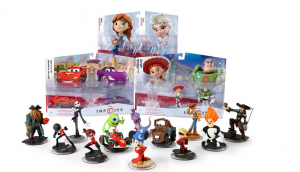 Nintendo is running into this problem with Splatoon which had different modes and costumes locked to the three characters, presently they have become hard to find.

People don't like it when you tell them that they're not buying 100% of a product and that they need to buy something else. With DLC, developers can get away with that because its content developed post release and is available anytime.

The Amiibos are a perfect example of a victim of its own success: The more popular they become, the more troublesome it will be for developers who want to integrate them into their titles.

The Toys to Life Genre shows no signs of stopping at this moment; with Lego Dimensions due out in September and yet another wave of Amiibos on the horizon. Not only that, but Nintendo is preparing an Animal Crossing Trading Card Amiibo line and possibly a Pokémon one as well. And as I sit here with a looming tower of Amiibos ready to crush me like an ironic ending of a Twilight Zone episode, I know that I'm going to be hunting for that plush Yoshi Amiibo and the retro Mario one when the time comes.

The scariest part for a collector is that there really is no limit to how far Nintendo can go into their branding to create Amiibos of varying content. We still haven't seen the full extent of what Nintendo can do with the Amiibos and if they play their cards (and figurines) right, this could be an untouchable success that Sony and Microsoft can't copy as easily as touch functionality.

The final question for this piece which we still don't have an answer to is: Will Nintendo continue Amiibo support on their next console? Thanks to the quality of the figurines, the Amiibo line will retain its value even if this is the only console generation that gets it. But Nintendo has found something unique and profitable, and I doubt they would be crazy enough to stop it now.

(Check out Game-Wisdom for posts, podcasts and daily videos on Game Design and the industry as well as my Patreon Campaign to help keep things running.)