Cloud Imperium Games, the studio behind Star Citizen and Squadron 42, released an eight-page accounting document a few weeks ago which shows how the company has spent its funds since 2012.

According to the document, CIG has spent $193.3 million since 2012, with $14.23 million left in reserve. About $48.8 million of that was spent in 2017, putting the company’s most recently reported monthly spending at about an average of $4 million.

Revenue sources were split into three main categories, including Kickstarter pledges, subscriptions, and "other" income from partnerships with hardware and software vendors. Based on the graph provided, it doesn't seem like the company has been able to keep steady since 2014, after its initial explosion in revenue upon launch at the end of 2012 and into 2013. 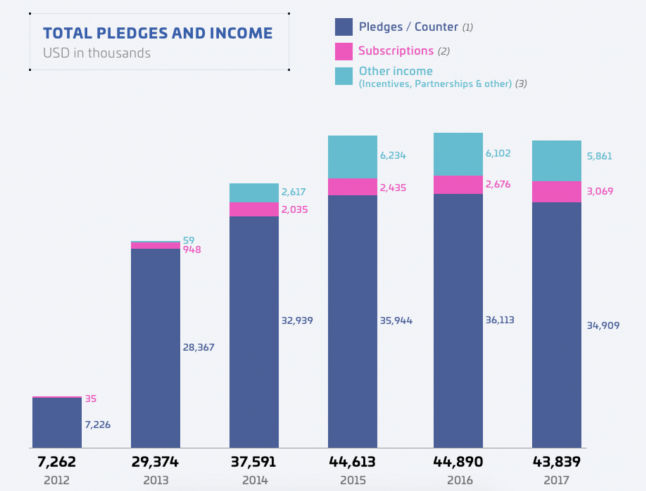 This is pretty interesting, as Star Citizen is still in development but has already brought about $200 million in revenue for the company. Apparently, only one percent of that was due to traditional crowdfunding.

The document goes on to point out that CIG has been spending more than it’s bringing in through its revenue streams over the past 3 years. The company says that $826,000 went to general and administrative (including accounting and legal services), with the rest going into game development costs.

The $46 million raised from a private investment last month will reportedly be going toward marketing and distribution efforts for Squadron 42, as well as development costs for Star Citizen.