Ooblets already has a large following and many Patreon backers early in development. The makers of the game explain why publicly sharing their game’s development from day one helped them.
Simon Carless
Blogger
February 07, 2017

No one is as surprised at the popularity of the upcoming cutesy farming game Ooblets as its creator, Rebecca Cordingley. After only months of development, GIFs of it in action have people raving online while a playable demo had the same effect at events like Day of the Devs.

Perhaps the biggest lesson she’s learned as an artist working in the game industry for about seven years is that there are no shortcuts to success. “I've had to spend a really long time learning, practicing, and struggling to get to where I am,” says Cordingley. The speed at which Ooblets has been able to generate a significant fanbase goes against everything she knows.

Now, even though it’s still early in development, thousands of people regularly share images of Ooblets on social media, and nearly 200 of them support it financially with monthly Patreon payouts. All of this was unplanned at first, but Cordingley and her game design / marketing partner Ben Wasser have embraced the unexpected attention and tried to make the most of it.

They haven’t looked back until now. In doing so what has emerged is a lesson in the benefits of publicly sharing a game’s development from day one.

Ooblets started out as a “pipe dream,” the kind of game that Cordingley and Wasser decided they would make if they had the time to work on a big project. It combines the farming elements of Harvest Moon with the creature collecting and battling of Pokémon. But at that time, in early 2016, the pair was working on IT Simulator, which Cordingley describes as “sort of like Goat Simulator, but instead of simulating goats, it's simulating your company's IT person.”

The problem with IT Simulator is that it was meant to be a physics-based comedy, but after a few months of getting carried away with adding features, it wasn’t all that funny. “Most of the physics were gone and it was more of an IT person tycoon without any real strategy or advanced gameplay. You'd just walk around people's desks and fix their computers when they broke,” says Cordingley. This realization meant that developing IT Simulator was going to be more time consuming than anticipated.

To blow off some steam, Cordingley and Wasser started playing around with some prototypes. They work in Unity and use QuickBrush, Easy Save, and Smart Localization to quickly knock art and code together. It helps that the 3D models Cordingley tends to create “aren’t super detailed” and that she never uses realistic textures, which she says makes it “much harder to go wrong.”

“For human characters, I build off of previous models I've made, so I'm not reinventing the wheel. I also use Mixamo a lot for most of my humanoid animations, which saves me a lot of time,” says Cordingley. “Having one person do the art and programming also speeds up the whole process a lot, since there’s no time lost in discussing implementation or other confusing issues.”

The first thing that Cordingley put together for what would become Ooblets was a tiny diorama with a single plant. She then made a GIF out of it by using OBS to record her PC screen, and then transferring the file to an old Macbook Pro, where she uses Giphy Capture to transfer the video from VLC to GIF. “It's surprisingly not the longest winded way of making GIFs that I've heard people advise. For some reason we can't find a half decent GIF recorder for Windows,” Cordingley says. “I think the only post-processing I've ever done was to add some text a couple times.”

She shared her GIF on Twitter and it instantly got more attention than any of the IT Simulator images she had previously shared. “That made it a lot easier to think maybe we should shift focus to Ooblets,” Cordingley says. When the following GIFs she made and shared proved to do well too, the courage to focus on Ooblets came easily.

It should be noted that, despite hitting some impressive numbers on social media, Cordingley and Wasser still can’t predict what will take off and what won’t. “It's really hard for us to judge what will catch people's attention,” says Cordingley. She recalls spending 45 minutes creating a GIF of two characters, who looked like Mulder and Scully from the X-Files, dancing around an office. “We expected it to take off like wildfire but it got maybe three retweets and a handful of likes,” Cordingley says. “I guess not everyone loves the X-Files as much as us.”

She also picked out two particular GIFs that she shared on Twitter (this one and this one), which aren’t directly related to Ooblets, but became super popular anyway. She didn’t expect that to happen and still has no explanation for the high numbers on those. Relatable comedy is the best guess going.

Cordingley and Wasser acknowledges that their method of developing a game is non-standard. They go against the practice of white boxing a game’s core mechanic first and letting everything flow from there. They have their reasons for this subversion. “When we started getting into indie development, we were really wary of spending years on something to have it fall completely flat. I think it's possible to make a great game that nobody buys,” says Cordingley.

“To address this, in the beginning stages of development, we'd only work on parts of the game that could be shown off visually.” This includes the environments, 3D models, and UI that can be seen in the images she shares on Twitter. “We held off on implementing things like saving and dialogue trees until only recently because they didn't bring any real returns from a marketing perspective,” Cordingley says. “So far we haven't run into any pitfalls from doing this.” 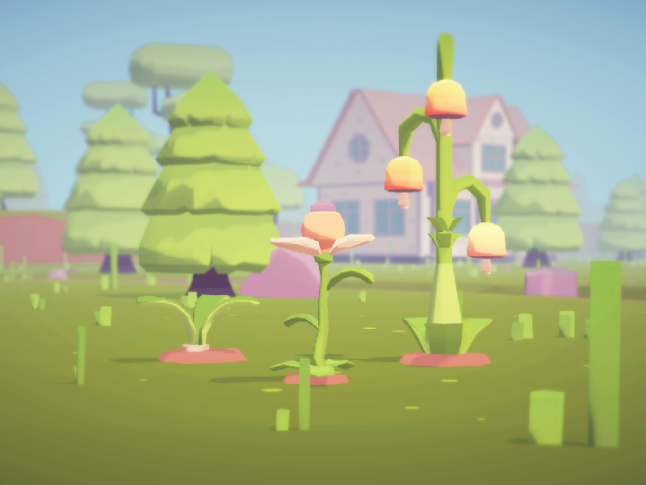 The logic here is that, in today’s competitive indie game market, it’s preferable to attract a crowd early on. That’s not to say every game’s visuals can be shown off publicly right away, and it probably not to the same success. But it’s a method that suits a game like Ooblets. “The aesthetics and tone of Ooblets are huge parts of the game, so it makes sense to get them right from the start,” says Cordingley. “Being able to share that and have it bring attention to the game gave us a lot more opportunities to succeed than we would have had otherwise.”

One of those opportunities that opened up is being able to get feedback from fans early on. “Being able to passively learn what people respond to and what they don't shapes a lot of our opinions,” says Cordingley. She doesn’t often directly ask for feedback, especially not on Twitter, but has done occasionally while streaming the game’s development on Twitch, where she can have a better conversation with fans.

Where Cordingley and Wasser have mainly been interacting with their community is Patreon. This includes distributing merchandise (such as the Ooblets pins that will be available to anyone who has pledged at least $20), running polls for feature ideas, sharing behind-the-scenes progress, and sending out frequent email updates. Cordingley says she doesn’t really know which, if any, of these incentives are driving people to support the Patreon. “I think people just want more Ooblets and our Patreon is a place for them to get it,” she says. 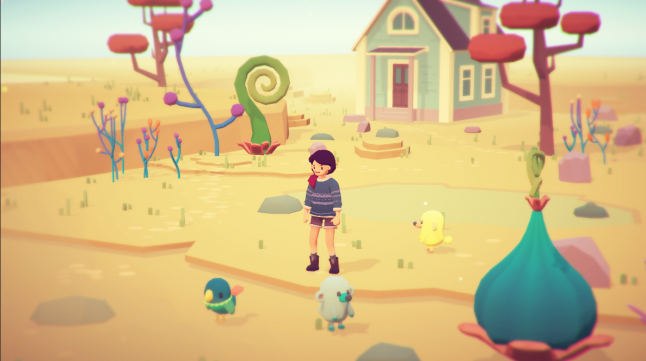 In any case, the Patreon has been a success, with the expected amount of $100 a month being smashed instantly, with the total now approaching $900 a month. “Even at that, it's obviously only a fraction of the funding required for a game this size, but every bit helps,” Cordingley says. “We're planning on going to GDC next month, so the support we're getting on Patreon will make flying across the country a bit less of a financial hit.”

Not everything during the development of Ooblets has been a blistering success. When the game first started to gain momentum, Cordingley and Wasser tried to share their work across as many different platforms as possible. But they were quickly overwhelmed with this task and ended up scaling it back to just Twitter for a long time. This was one of the casualties of trying to both develop and market a game to the public at the same time. They naively tried to expand their efforts beyond what they were capable of doing.

Still, the pair saw it as part of their experiment into game marketing, most of which is led by Wasser. “He treats game marketing and business like a big weird strategy game where you have the power to constantly change your approach, look for alternate strategies, and not just do what everyone else is doing,” says Cordingley.

What they learned from that early setback is that Twitter is a valuable platform for anyone starting out making indie games. They even put together a few tips to help out other developers and artists. “We've since begun expanding out to Cartrdge, Tumblr, Twitch, Facebook, and Patreon,” says Cordingley. “We're eventually going to start using Reddit and maybe our own wiki or forum, but we don't have quite enough bandwidth to handle all that just yet.”

The other issue that the pair have run into is not being able to sustain that initial marketing push. The business side of things takes up way more time and energy than they were expecting. This has only become a bigger problem as development has continued. “Our main prioritization strategy early on was to only make stuff that we could show off,” Cordingley says. “Now that we've started building the community and have gotten a lot of attention, we're getting down into the weeds and building out the systems behind the scenes that aren't as marketable.” What that means is there aren’t as many good opportunities to share images from the game to keep it in people’s minds. Not only that, they have to divide some of the content they do scrape together so that they have something exclusive to give to their Patreon backers, ensuring that they feel their investment is appreciated.

Cordingley says the biggest challenge in making Ooblets so far is balancing the business, marketing, and development of the game at the same time. And there’s still a way to go given that she estimates Ooblets is currently about 30 percent complete. Cordingley and Wasser don’t know what the future holds for them, but they’re open to other forms of crowdfunding, and even working with a publisher. For now, they are cheery and hugely motivated by the support and enthusiasm they receive online every day. And anyway, it’s not like Cordingley isn’t used to a bit of a struggle, in fact, it’s what she expects.