The game industry has plenty of horror stories about crunch and poor work/life balance in general -- so it's good to hear a game dev talk about attaining success without sacrificing a studio's collective health and well-being.

Guillaume Boucher-Vidal is CEO at Quebec-based Nine Dots, which recently released the ambitious open world RPG Outward. Games in this genre often require large teams working extra hours at some point in development. But Nine Dots was able to make Outward with 10-15 people, and according to Boucher-Vidal, zero crunch.

And by all indications, it's a commercial success.

"The two main elements that made it possible to make a large game world might sound super obvious, but it's pre-production and not crunching. Those are the main two important elements," he said during a recent GDC Twitch stream.

Boucher-Vidal, who also served as creative lead on Outward, defines crunch as over 52 hours of work per week, per person, for an extended period of time over two weeks. By those standards, he said, Nine Dots has never crunched.

He said Nine Dots had a "very bottom-up approach" when making Outward, meaning that the team was able to scale and scope specific elements of the game while remaining productive and efficient, all depending on what's working during development.

"For instance, at first we planned on doing less monsters but more regions," he explained. "And as we advanced in development we realized that we were able to make a much higher number of enemies, but we had to slim down the number of environments. We could sort of shape the game according to our own abilities while we were developing. It was more effective, and it was also a matter of maintaining the velocity."

In this case, environmental terrain was proving difficult to get right at a larger scale. Boucher-Vidal said the team restarted terrain for a specific region about four different times, trying to get it right. This was not an efficient way to develop, so instead of concentrating efforts on that time sink, the team scaled back environment, and scaled up enemies.

"I hear so many horror stories from other studios where they throw away maybe 70 percent of what they develop, and that’s definitely not something we want to do at Nine Dots," he said. "We are a small team."

A point to prove 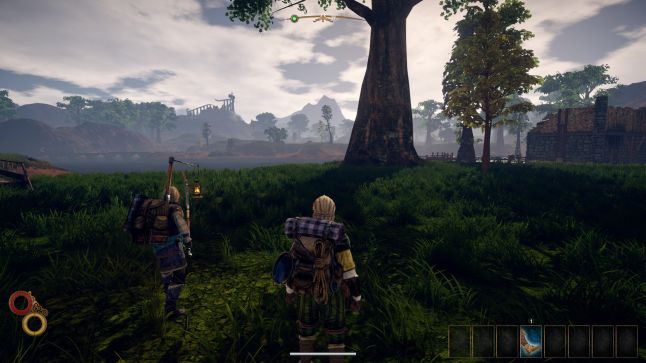 Boucher-Vidal said Outward's completion provides something tangible to show the game industry to prove that it's possible for small teams to make big, ambitious games without exploiting developers.

"I have something to prove. When you treat developers right, you actually achieve more and [spend] less. We're trying to lead by example, something I feel the game industry is doing wrong," Boucher-Vidal said bluntly.

"It’s been a subject matter that’s very active recently with the whole unionizing question, and the crunch debacles that keep sparking on social media at the moment," he said. "This is something that I’ve been trying to be loud about over the past eight years, but I’ve been thinking like, 'nobody’s going to listen to an old fool who’s shouting at the clouds.' But if we make something that’s impossible to make, maybe they will listen to us."

Boucher-Vidal admitted that development wasn't "perfect" by any means, and there were plenty of problems the team had to overcome. But he said Outward's development lays the groundwork for future projects that will hopefully enjoy even more efficiency.

"Now that we know better, I feel like, with the same resources and the same time, we could actually achieve much more than what we did," he said. 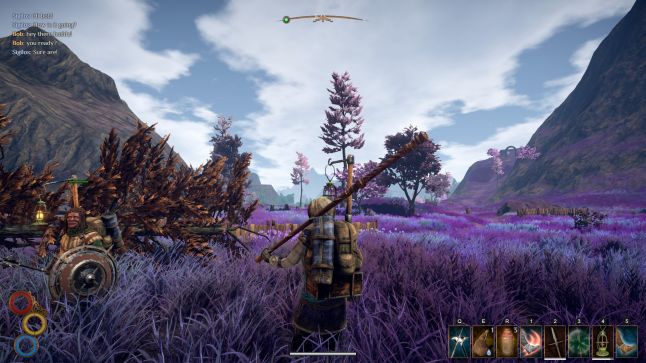 Boucher-Vidal's thoughts on crunch don't end there -- perhaps more controversially, he thinks the concept of "finding the fun" contributes to the crunch problem. ("Find the fun" is a phrase oft-repeated by game designers, and attributed to Sid Meier of Civilization fame.)

"I think that part of the problem is that game designers are too lenient on themselves -- you know that expression that I hate? 'You got to find the fun.' If you don’t know where the fun is, why are you a game designer?" he said.

"And that is extremely harsh for a lot of people, but if you can’t answer that question right, you’re not a good game designer and you’re actually wasting very precious development resources," Boucher-Vidal opined. "I see the game design job as being closer to an architect or director, like you would see on movies where you actually have a plan laid out and try to execute it."

"The closer you are to the final, the closer the final product is to the game design you had, the more it says on your ability to predict how things are going to work out," he said.

Rather than looking for the fun during a prototyping phase, Boucher-Vidal rather asks what kind of experience does the team want to convey. Then, it's up to players to decide whether or not that's fun.

For Boucher-Vidal, the experience that Outward intended to convey from the start is making the game wholly-immersive, and making sure nothing in the game would break players' suspension of disbelief. This can be seen in how spellcasting works, the game's survival mechanics, and in the other ways that the game tries to earnestly simulate fantasy tropes. 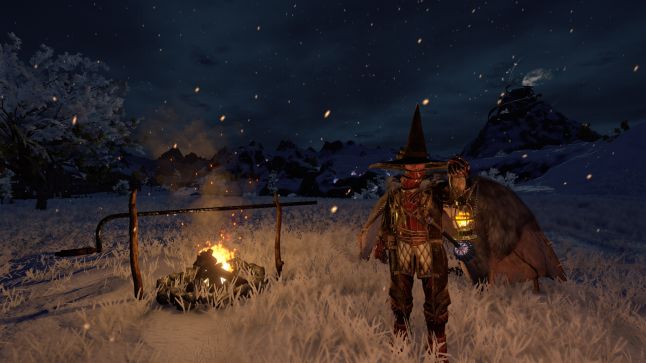 "By understanding questions like 'why are we making this game, why is it going to be different, what kind of experience will it be [providing]?' we make all of our decisions according to that before even writing one single line of code. Every single line of code going forward will be directed with focus and there would be less waste. We would know where we’re going."

"That’s one of the core aspects I feel game design is not really achieving so well -- that [developers are] going to start making the game before knowing where the game is going to be. That’s extremely wasteful."

And, to Boucher-Vidal, when time, money, or assets are put to waste, that's demoralizing and "disrespectful" to team members during the course of development. "He won’t be as happy, and if he’s offered another job, he will leave," he argued.

All that said, Boucher-Vidal isn't anti-experimentation in game design, but it does have a time and a place. "Experimentation is good for when you’re in research and development but when you are in production and have a product in mind you just achieve it," he said.

As someone who runs the company as CEO, but also served as creative lead on Outward, Boucher-Vidal simply thinks that designers should be creative, but also more business-minded. "This is something that I feel -- so many game designers will hate me after [saying] this...the job of a game designer ultimately is to cut on expenses," he said. "The more you justify your game design on paper the less random things you will have to make to make sure it sticks somewhere."