App Store and Google Play spending hits $34.4B during first half of 2018

That marks a year-over-year increase of 27.8 percent, and mobile games were largely responsible for bringing home the bacon.
Chris Kerr
News Editor
July 17, 2018

That's according to analytics outfit Sensor Tower, which broke those numbers down to reveal the App Store has pulled in an estimated $22.6 billion worldwide over the past six months, so roughly 90 percent more than Google Play earned over the same period.

Combined mobile game revenue also grew by 19.1 percent in that time to an estimated $26.6 billion, meaning games counted for around 78 percent of the total spending across both the App Store and Google Play.

That spending was driven by Honor of Kings, Monster Strike, and Fate/Grand Order, which were the top three grossing mobile games worldwide across both stores over the past six months.

For more facts, figures, and tasty charts, be sure to check out the full report over on Sensor Tower. 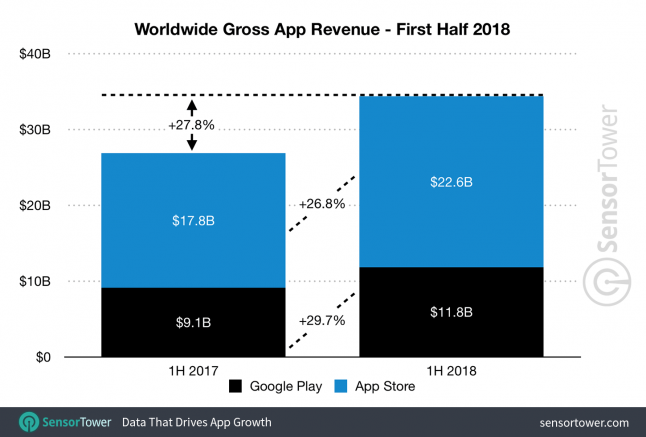