The mobile analytics firm Sensor Tower reports that Pokemon Go has surpassed $1.8 billion lifetime revenue worldwide, over half of which came from the United States and Japan.
Alissa McAloon
Editor-in-Chief
July 09, 2018

Now that Pokemon Go has been out in the wild for two years, the mobile analytics firm Sensor Tower has taken a closer look at the AR game's lifetime revenue, finding that it has eclipsed $1.8 billion player spend in those 24 months.

Based on the firm's estimates, Pokemon Go’s revenue works out to an average of over $2 million earned a day, with the United States and Japan leading the pack in terms of player spending.

To date, players in the United States have spent $607 million on the free-to-play game, followed by players in Japan with $500 million spent. Breaking it down by mobile platform, Sensor Tower notes that 58 percent of that $1.8 billion came from Android platforms while the remaining 42 percent came from iOS devices. 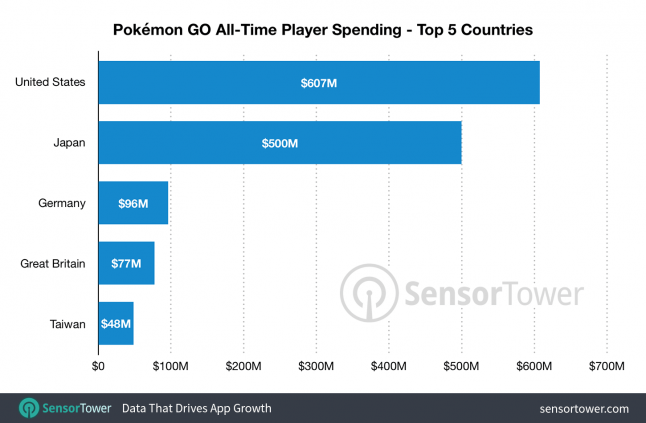