America Invents: What The New Patent Law Means For Games

But don't expect "patent trolls" who plague the video game industry to go hiding under the bridge just yet, or other burdens on innovation and ingenuity to vanish into thin air.

Patent reform has been a hotly debated topic, particularly for the past several years. The software sector -- including video and computer games -- has seen an enormous amount of patent-related lawsuits, some filed by legitimate inventors who put their patents into practice, and some filed by professional litigators, who own wide-ranging patents and make money by suing anyone perceived to be an infringer.

Search "patent" on this website, and one can get an idea of just how time-consuming and costly patent lawsuits and litigation can be in a fast-moving, innovation-reliant industry like video games. And as video games expand their scope into networked platforms like smartphones and web browsers, we're seeing patent holders from traditionally non-gaming-related sectors creeping in and crying "infringement!"

According to a summary of the Leahy-Smith America Invents Act, which is the result of six years of consideration in Congress, the law is intended to make the patent system more efficient, encourage higher-quality patents, and in turn push entrepreneurship and create new jobs -- something that the U.S. needs badly.

One of the most highly-touted ways the law intends to speed up and simplify the patent process is by moving from a "first-to-invent" to a "first-to-file" system, the latter of which is currently used by the U.S.'s major trading partners.

So instead of Joe Inventor and Jane Ingenious arguing in front of a court over who first conceived the idea for a new holographic social game that charges microtransactions via brainwaves, a court can actually look at the date to determine who filed for the patent first. Whoever filed first, wins (i.e., is granted the patent). 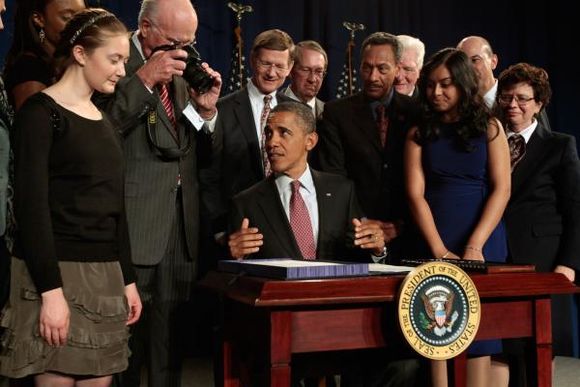 The act finally brings the U.S. up to a world standard and on its surface, streamlines the administrative process, simplifying the process of determining who should be granted a patent. But moving to "first-to-file" (effective in 18 months) is not necessarily good news, according to Stephen Rubin, an intellectual property lawyer with a concentration on the games industry.

"The new law is decidedly a mixed bag for the video game industry," he said. "The promised sweeping reform never happened. The trolls remain alive and well in rural Marshall, Texas. It is not a simple matter to break down the pros and cons of the law. In part, this is due to the fact that the video game industry is made up of both large and small tech companies and what is good for one is not necessarily good for the other. Most prominently, the U.S. adoption of the first-to-file standard benefits large companies over small inventors who tend to shop tech around before filing an application."

Rubin is not the only one to accuse the new law of favoring large corporations. Steve Perlman, a serial entrepreneur who is president and CEO of game streaming service OnLive, inventor of QuickTime and WebTV, and holder of over 100 patents, has been closely following this act, calling loudly for patent reform.

He minced no words when he argued that there is little reform within the America Invents Act, which he said is absolutely not the way to encourage innovation or create jobs inside or outside of the video games industry. The law's first-to-file provision and other aspects favor speedy filing over innovation, and stifles American ingenuity facilitated by the country's more unique "first-to-invent" system, he argued.

And what's more is that the new law will do little to curb lawsuits filed by "non-practicing entities" that generate revenue by formulating or acquiring patents just for the sake of royalties or litigation, he said.

"This America Invents Act only impacts small entities such as individual inventors and startups. It has virtually no impact on large entities or so-called 'patent trolls,' and does nothing to keep patent disputes out of court or reduce patent litigation," Perlman said.

"The act forces small entities to file far more patents far earlier in the development process prior to receiving the funding that would be needed to pay for such patents. And, even when such patents issue, it adds further cost because it makes it easier for larger entities to establish expensive barriers to small entities receiving patents."

In his personal campaign against the act, Perlman has noted in past letters to senators [PDF] that with his companies, it "typically costs us $20,000-$30,000 to obtain a commercial-grade patent."

"Large entities already incur such costs in filing patents and have the resources to cover them, and so-called 'trolls' file patent lawsuits after patents have already issued, so the bill has next to no impact on them," he told us. "The act will have no impact on reducing litigation."

Perlman made the oft-heard argument that innovation comes from the fringe; from the small, agile businesses and inventors who aren't tied down by bureaucracy inherent in large business. And if small entities are discouraged or somehow de facto blocked from filing patents, you leave innovation in the hands of giants who are either more interested in -- or solely capable of -- litigation, acquisition and royalty consumption, rather than innovation, ingenuity, entrepreneurship and therefore, job creation. 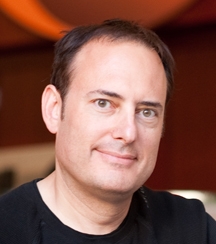 Perlman noted the rather shocking fact that small inventors and business were "shut out of the process [of considering the act], while large entities who literally spent hundreds of millions of influence dollars both lobbying and elsewhere were invited to testify and also were the only voices considered."

"As a result, we have a bill that is grossly skewed toward their interest at the expense of inventors and startups. This bill has nothing to do with invention. It is merely a testament to influence, ignorance, and indifference."

Indeed, the biggest names in technology backed the act as part of the lobbying group Coalition for Patent Fairness. The group includes massive corporations such as Adobe, Apple, Cisco, Dell, and Google -- all companies with the resources to file fast (i.e. first) and often.

"The Coalition for Patent Fairness congratulates President Obama on the signing of the Leahy-Smith America Invents Act," the group said on passage of the bill. "This bill is an important step forward for the nation's patent system and represents consensus among many key stakeholders and broad support across various industries."

Steve S. Chang, an attorney who specializes in the games industry at law firm Banner & Witcoff, concurred that "a first-to-file system can create somewhat of a 'race' to the PTO [Patent Trade Office] among inventors, and this kind of system will be easier to handle for larger game companies that have the budget to file quickly. Smaller developers might lack the resources to immediately file applications for the various concepts they invent, so they could lose out on this race in some situations."

Another hotly-debated aspect of the new law is a revised post-grant patent review mechanism, which allows third-parties to challenge on any ground the validity of a patent within nine months of its issuance, theoretically giving people a tool to weed out bogus patents. But the problem is that, again, large corporations with huge legal teams that constantly survey the Patent Office for new submissions will be the main benificiaries of this provision.

A couple other notable sections of the law include a pre-grant submission review provision that allows third-parties to submit information about a certain patent to a Patent Office examiner, prior to the granting of that patent. This, in theory, could help reduce the number of patents issued for previously-filed concepts, as examiners could be better informed. The law also adds a 75 percent discount on Patent Office fees for "micro entities" like the "'garage inventor' or solo application developer," Chang said. Under the old law these micro entities were lumped under a 50 percent discount for larger "small business concerns."

Other new provisions include the prior business rights provision and "business method" review. Chang explained, "The new law expands the breadth of certain kinds of defenses that an accused infringer has to a claim of patent infringement. The change to prior user rights will help those who have been using a system or process for a long time and suddenly get accused of infringing a new patent."

Even with those new changes to the process of filing a patent, Chang is unsure if the law will reduce patent litigation so often seen in the video game industry. "Many of the [law's] changes allow for greater challenges to the validity of patents, and that could serve to reduce the number of patents that survive through to the end of trial, so in that respect you might see a reduction in the number of patent cases," he said.

"It's hard to predict, though," Chang conceded. "Patents are an important business tool, and any such reduction could be offset by the simple fact that the video game industry continues to grow and grow, and competition continues to get more and more fierce."

Additionally, the America Invents Act does little to specifically target reform of the highly controversial area of software patents, or even more specifically, gameplay patents, so we'll likely continue to see fiery debate over that type of litigation which is unique to game development.

One major organization that apparently didn't have anything to say about the major America Invents Act is U.S. video game trade body the Entertainment Software Association. After multiple tries for a statement, the organization, which represents many of largest companies in the video game industry, never attempted to offer a comment on the bill that that will affect how its influential members practice patent law.

Moving ahead, one can only speculate exactly how the new law may affect innovation and litigation in the games industry. But rest assured, there will be an impact, for better or for worse.

Intellectual property lawyer J. Steven Baughman with law firm Ropes & Gray said, "There are many portions in the America Invents Act for video game companies to consider in their IP strategies, whether offensive or defensive, from the acquisition of patent rights to enforcement, including litigation and validity challenges. Many companies will be sitting down with their legal advisors to plot the best course forward."