Understanding how players interact with your game at a granular level allows you to really understand how it’s performing. Here are the 5 most important in game events to track with analytics.
Mark Robinson
Blogger
June 29, 2015

Having granular details of how players interact with different elements in your game allows you to really understand how it’s performing and what specific areas you need to concentrate on. Putting aside obvious tracking events like game launch, player install and in-app purchases, the 5 most important in game events to track with analytics and how these events can be used to help you truly understand your players are as follows:

Tracking the user flow through the first crucial moments of play is vital to developing successful on-boarding. The first time user experience can be tracked via a series of dedicated events, or by flagging other common events the first time they appear. 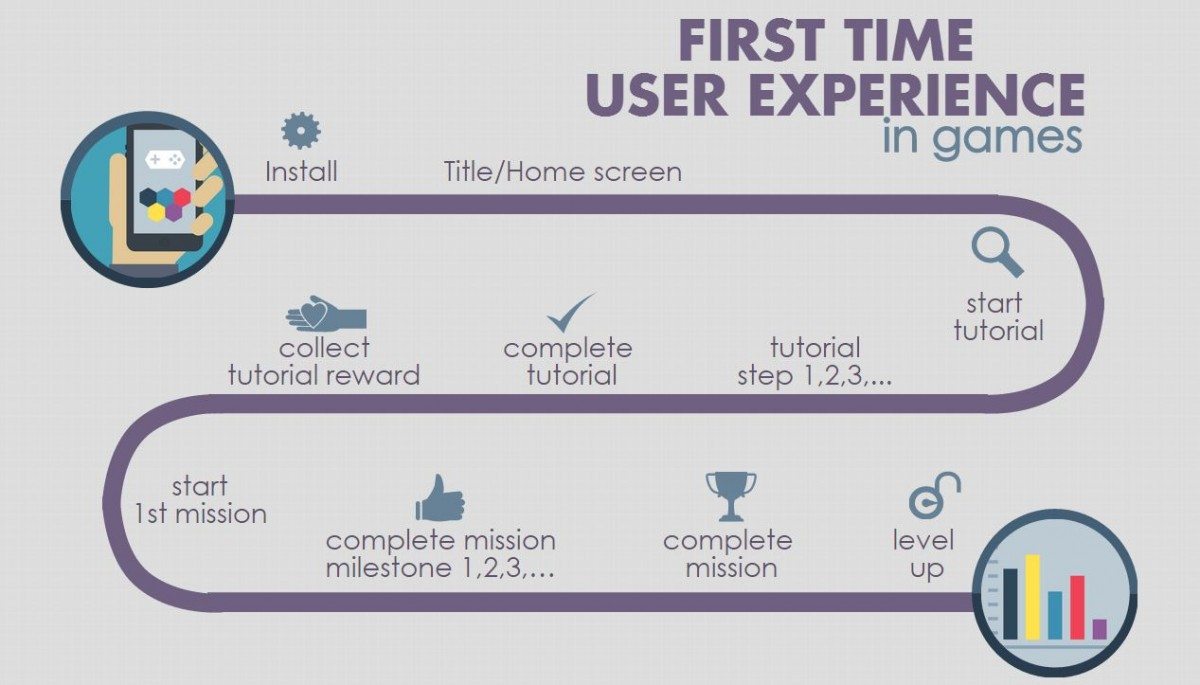 In total, this may only be 1-2 minutes of gameplay, but with 10 or more events we can see precisely where players are getting stuck and what elements of the on-boarding experience are failing.

Though it might sound like overkill, in most F2P games around 20% of players are lost within the first 2 minutes.

Having the ability to finely tune your FTUE allows you to reduce this initial churn to a minimum.

One of the most difficult elements of game analysis is ensuring that you are comparing players at similar stages of gameplay; it makes no sense to compare the behavior of a freshly installed player to one that has been in the game for weeks. While it is possible to use time-based measures to build comparable cohorts, these can be quite noisy.

This is especially true on mobile platforms, where external factors like internet connectivity and real world distractions are common. A better option is to group ‘cohorts’ of players by some in-game measure of progress; mission or level number are the most common but any measure which gives a sense of game progression is useful, e.g. spins for slots or hands for poker games. 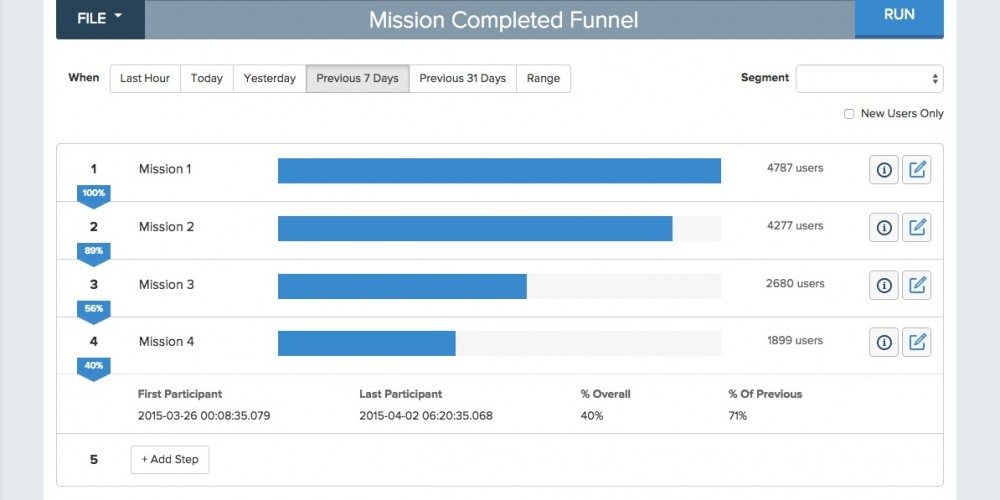 Having access to a simple measure of in-game progress unlocks a wide range of fundamental game analysis. Funnels of level progression can instantly tell you what areas of the game are acting as blockers. Looking at retention and monetization statistics as a function of level allows key thresholds to be identified (e.g. most players pay at level 5, or retention peaks at level 3). Finally, by comparing real world time to in-game progress, the game can be balanced to ensure that players never lose momentum and churn.

Understanding what player’s spend their virtual currency on, whether it is premium currency they have purchased or hard won grind currency, is vital when building a functioning game economy.

In well-designed F2P games this setup can be of benefit to both monetization and retention; the items on offer are appealing enough that players are willing to grind or spend to acquire them. Knowing what items inspire this behavior is key to building a successful game. Once identified, desirable items can be used as a carrot to drive retention or bundled into offers to boost conversion. Similarly, the lack of desirable items can be identified as a design flaw and remedied.

Most F2P games include an achievement or task system which is parallel to the core game progression. These achievements are usually not a requirement for progression, but offer a way to reward players for ‘overachieving’ or completing side missions.

Knowing which players complete which achievements, and how often they view their achievement progress, is a key insight into the player’s mind. Players that actively seek out achievements are more likely to become loyal players and eventually monetize. Understanding how players interact with in-game achievements allows more engaging achievements to be deployed and also the identification of potentially high-value players for special offers.

5) Linking to social networks and sharing/invites

It’s common in F2P games to allow players to link their gameplay to a social network profile. The core reason to offer this functionality is so the game developer can gain access to key demographic information, as well as allowing a player to invite their friends into the game.

Most games reciprocate by offering in-game incentives for linking, as well as unlocking cross-platform/device play. Simply identifying which players opt for social linking is important; players that link a social media profile are significantly more likely to become engaged and monetize when compared to non-linked players. However, when players opt to link is also important, as it can guide what rewards to use to incentivize linking, as well as offering a proxy for player engagement and trust.

Know your Players
While there are likely additional, game-specific events that you may want to capture, with just these 5 events you can build up a clear picture your game from the player’s perspective.The secret to truly changing the game is 'rich' player data..

This artcile originally appeared on the deltaDNA blog.