Two years ago I setup Yobowargames and work in my spare time as a solo Indie developer. Since I also have a full-time day job I would classify myself as a hobbyist indie developer but, where possible, adhering to business principles. In that time I have released two games with another about to launch and currently working on my fourth game.

My games are targeted at a niche strategy wargame market that I know well as a consumer and now as a software developer. I use Libgdx and develop using Android Studio. By using libgdx I can produce games in Java that run on PC, Android, and iOS with very little additional work needed between the three of them.

I set myself a three-year goal with the following objectives.

The purpose of this article is to provide some updated statistics and things I have learned in the first two years.

My first game Kursk - Battle at Prochorovkawas greenlighted by Steam in Feb 2017, moved into alpha and then officially launched in July 2017. As it was my first game I was very nervous about doing any marketing in case the game was not well received. So apart from my blogs I did zero marketing and did not send it for any reviews. My wife was so worried about it failing that she was secretly planning to purchase the game so I had at least one sale.

My second game, Battle for Korsun, was launched at the end of October 2018. This time I did send the game out to a couple of reviewers and one of them did a favorable review. In addition, the game was picked up by a few other bloggers or YouTubers who I had not contacted.

My third game, Invaders from Dimension X, will launch in January 2019 with the support of the original board game producer.

Below Are my main sources of revenue in 2017 and 2018. The biggest difference is that itch.io has proven to be a fairly valuable source of crowdfunding for a new game I am working on. 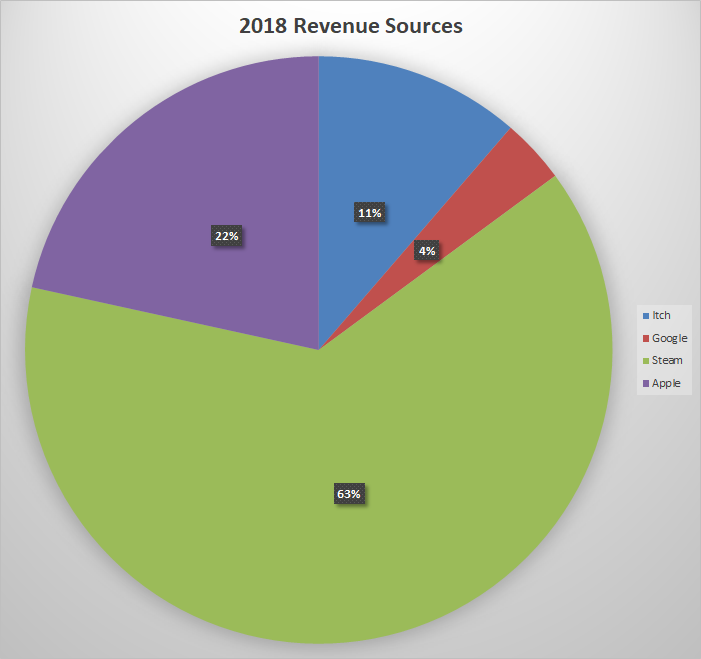 Below are unit sales for Kursk - Battle at Prochorovka since launch. The peaks are Steam sales. This covers almost 2 years of sales. I only discount 25% during sales and did no discounts in the first year. I might sell more if I did a heavier discount and will try that in the summer sale. Launching my second game led to more sales for this, my first, game. My games have a long tail with this game earning 40% of total gross income in year 2.

This next chart shows sales by region for Kursk - Battle at Prochorovka. This game is only available in English. 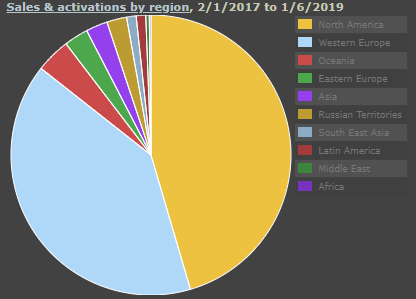 This next one shows sales by region for my second game, Battle for Korsun, which I did localize into French, Russian, Chinese, Spanish and German. This has led to a slight increase in sales in China but seemed to have little to no effect elsewhere. 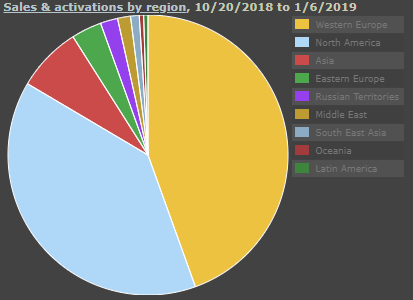 Financially I have recouped the costs of making the first two games and financed the cost of the next 2 games. However, do note I do not charge for my time spent on these games and could not seriously think about making this a full-time vocation.

Things I have learned

I have learned a lot in the last two years and consider it time well spent. This year will be the real test as I never expected to make any money in the first two years. Covering all development costs has been a bonus.