A return to Quake retrospective

The "boomer shooter" market has been taking off among indie studios, and the recent Quake Enhanced gave me a chance to take a look back at one of the best.
Josh Bycer
Blogger
October 05, 2021

I didn’t think I would be replaying Quake anytime soon, but then again; I didn’t think that Doom Eternal would become one of my favorite FPSes. The Quake Enhanced version gave me a rare chance to look back at one of the pinnacles of FPS games with my design analysis skills I didn’t have over 30 years ago.

When it comes to the heavyweights of FPS games, the original Quake was one of the best. Despite following in the footsteps of Doom, it carved out its niche and would also go on to become the stronger of the pair in terms of multiplayer. Quake was released in 1996, 2 years after Doom 2.

Talking about the hallmarks of “arcade shooters” or if the young people are calling them “boomer shooters” now, Quakehits every point: guns that never need to reload, maze-like environments, monsters closets, and tons of health and ammo just lying around all over the place.

Our story finds the earth being invaded by the forces of Quake, and of course, you are the last soldier left who must wage a one-man army against lots of monsters. There are very subtle evolutions from Doom 2 to Quake that you may not have noticed back in the day.

The concept of a “hub” area is not something we normally see in FPS games, especially those from the 90s. Quakehilariously has the player decide their difficulty by crossing over increasingly dangerous and different paths to get to the portal to start the game.

The weapon designs of Quake are a bit different — while every weapon can be used for any situation, they’re all effective in their own unique ways. The single barrel shotgun that you start the game with, has one of the highest ranges and is a hit scan weapon (meaning there are no physical projectiles that fly through the air). The grenade launcher and rocket launcher both use the same ammo, with the grenades able to bounce off walls and around corners and the rockets are just direct fire. Unlike Doom with the infamous “BFG”, none of the weapons in Quake hit that level of being overpowered. In turn, the game is far more generous with its varieties of ammo compared to Doom.

Enemy variety also stands out in a different way. The demons of hell from Doom are far more iconic, but Quake’s bestiary is more interesting in my opinion. There are far more “high-level” threats that exist in the (classic) Doom universe: Barons from hell, Arachnodemons, Archviles, and of course the cyberdemons. The enemies in Quake are more diverse in terms of the threats they throw at the player. Ogres have some of the craziest abilities to aim and bounce their grenades at the player, while Fiends will leap from far away to get at the player. The most dangerous enemies would undoubtedly be the Shambler, with its ability to shoot instant tracking lighting at the player, and the Vore who launches homing projectiles that go around corners.

When it comes to level design, Quake’s simplicity in aesthetics helped it stand out in variety.

Quake (at least the base game) is not a title we would consider having a variety of art. Most levels are just different shades of muted colors, but despite that, the level design has a sense of personality to it. When I think of Doom and Doom 2, there are essentially two styles — human world/cities and hell. Part of the lore of Quake is that the player is visiting different dimensions, and this comes in the form of a variety of environments. 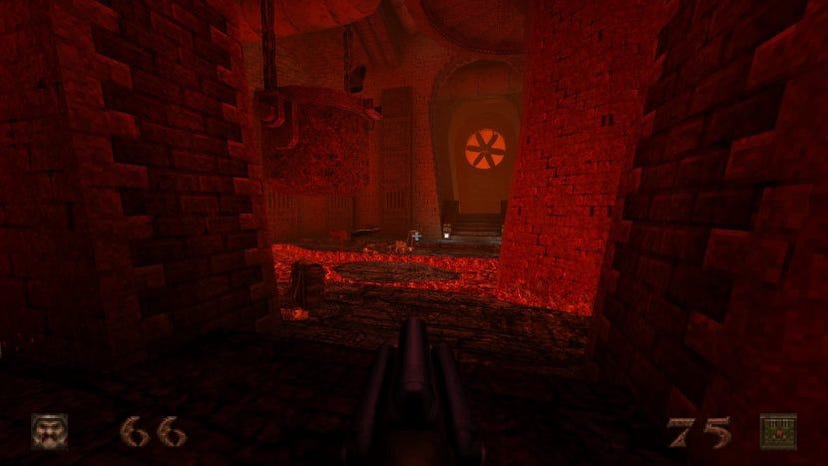 While the game very loosely borrows from Lovecraft, every level has a unique sense of “place” to them that I didn’t get in the Doom series. I feel what helps the level design is the length of the levels, outside of the new expansions (that I’ll talk about later), levels in Quake are very short — five to ten minutes depending on skill. Unlike what would become the focus of corridor and arena shooters, Quake mixes the two styles in terms of enemy placements. There are a lot of enemies who are “roaming” around the various areas, just as the game saves huge fights for arenas and specific situations.

You’re going to fight more of the heavier enemies in Quake than you would in the Doom series. Later levels easily fit multiple Shamblers and Vores at once to fight. While the game does have bosses, they are more puzzle-focused and aren’t the real focus of the game. Environments are full of secrets, death traps, and lots of obstacles to avoid. For those playing Quake for the first time, this is old school in the fact that you have to quick save, lest you’ll die to an instant death trap and lose an entire stage’s worth of progress.

As another interesting concept that we first saw in Doom that also is in Quake is how the campaigns are balanced. Unlike shooters today that are designed around linear progress from level 1 to 2 and so on, Quake’s different campaigns can be done in any order. Whenever you start a new campaign/episode, all your weapons and health/armor are returned to their defaults. While the player’s skill obviously gets better as they play, campaigns must always be balanced around someone starting from scratch again.

Quake, as with a lot of classic shooters, has had a healthy modding community and people really experimenting with their own takes and designs. With the enhanced edition, we got a small sampling of it with two fan expansions made by Machine Games that push things in a different direction.

A Machine for Quake Fans

The two expansions added really go to highlight just how far modders and fans have come in terms of working with these game designs. Right off the bat, you can see a lot more done in terms of colors and aesthetics, with wide skyboxes and blazing hellish caves in Dimension of the Machine. While no new enemies were added, the expansions greatly escalate the threats and varieties of obstacles.

The structure of Dimension of the Machine is quite different from all the other levels featured in Quake. Most campaigns/episodes have quite a few levels built into their campaigns, Dimension of the Machine streamlines things down into 2 levels per episode, with a total of 12 levels. The levels are far bigger than that in the original game and will feature 2 to 3 times the number of enemies normally in a single Quake level.

With that said, I feel that it also pushes just how far Quake’s formula can go and almost crosses that line into being too much. The larger levels also mean they’re far more maze-like, with levels featuring shortcuts you can open between the various parts.

The Legacy of Arcade Shooters

Just like how the Kaizo audience has been messing with Mario for years now, so has the modder community been with Doom and Quake. Besides the numerous modern retro shooters being developed today (many of them I’m excited about) there have been partial and full conversion mods for both Doom and Quake.

These mods continue one of the major selling points of PC gaming: being able to create content for your favorite game and share it with people. Just like with Kaizo games and horror, there are far too many fan-games and mods to even begin to list here. For the reader, if you’ve played any of these mods, what are you favorites? 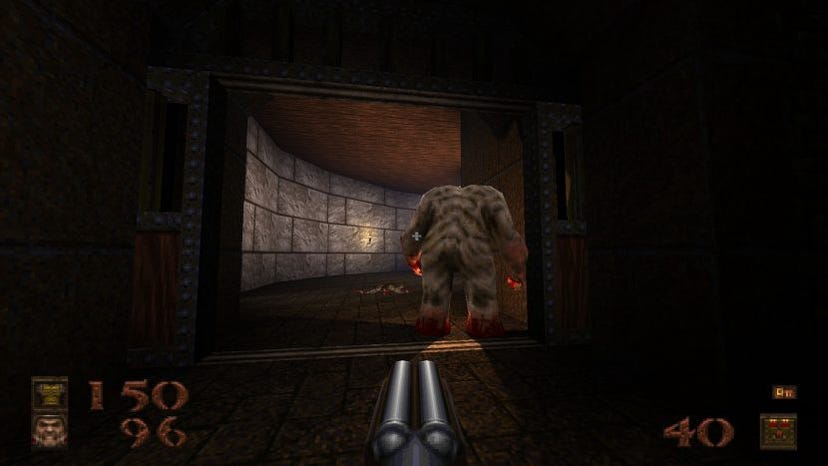 The games and mods being released today stand in stark contrast to the AAA shooters and show that there is still a market for retro shooters. With that said, it’s going to become harder for these games to stand out, as just like with the Kaizocommunity, the bar of quality continues to get raised.

If you enjoyed this story, consider joining the Game-Wisdom discord channel. It’s open to everyone.