SEARCH
A minimum of 3 characters are required to be typed in the search bar in order to perform a search.
Announcements
Event
Free Webinar on 5/24: How Predictive Analytics Drives Mobile Conversions & Boosts Revenue - Register Here!
PreviousNext
Audio
5 min read
article

Writing Music for the World of Trackmania (2 of 3)

The second entry on writing the music for Trackmania, the composition process, and what I remember most about writing each track.
Elliot Callighan
Blogger
July 20, 2020

This is the second part in a trilogy of posts about writing the music for Trackmania and what I remember most about each track and the composition process. If you'd like to start with the first post, click here.

And, be sure to check out the soundtrack! 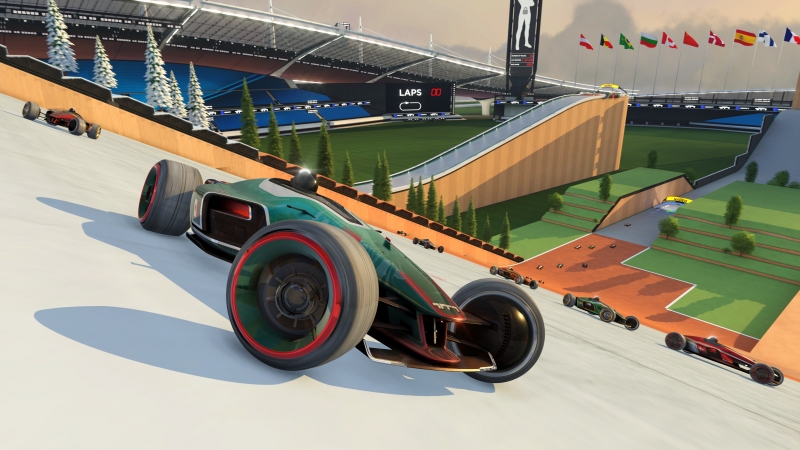 After finishing Chassis, I knew I wanted to keep the aesthetic of the rest of the music in the same vein and feel. Much of the composition process remained the same, but the influences on the process were very different.

Deadmau5 had a concert during the time I was writing this, and I had purchased tickets months before I knew I was writing for Trackmania. For a couple days leading up to the concert I listened to Deadmau5 out of nostalgia and to remind myself how certain moments unfolded – basically, I wanted to be able to easily rock out.

Before and during the concert, I was reminded of the quality of Deadmau5’s production. It’s so crisp and full when and how it needs to be. And his sound/synth design is just beautiful. The day after the concert I recorded this:

You can hear most of that Deadmau5 influence in the overall mix quality and the “breakdown” starting at 2:29. The synths there have a warm, yet distorted quality and I used a “mathy” polyrhythm section (hemiola in this case) like Deadmau5 does frequently.

Shortly after completing the first draft of this track (and the next one I’ll talk about) I was sent to Alaska by the Army National Guard to cover an exercise with international partners. During the operation I ingested and managed photo and video content for official release as well as social media use.

Now, when I hear the track that started as a deadmau5 inspired race track, the strongest image it conjures for me is staring at spreadsheets in an Army armory in Alaska – ha! 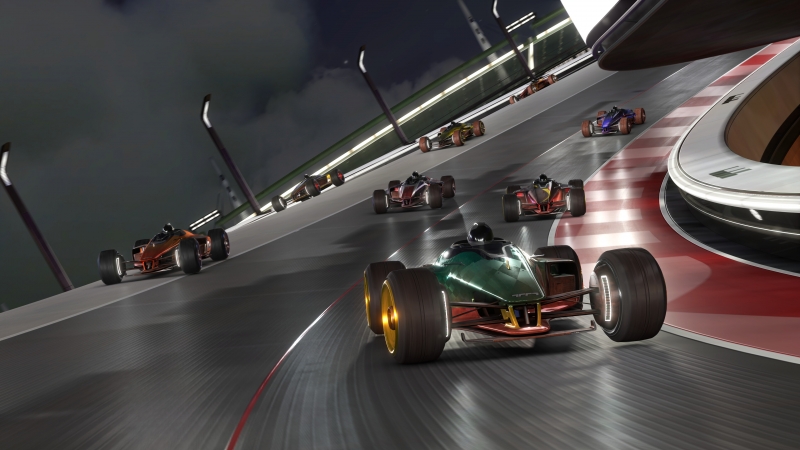 The problem here was I kept trying to do too much in some ways and too little in others.

Too much: I naturally gravitate toward more lyrical and “catchy” melodies. The harmony I originally came up for Infusion felt very romantic and similar to late 19th century Russian composers or soundtracks from the ’50s and ‘60s. I wanted the harmony and melody to jointly do some “heavy lifting” to fluctuate and keep the listener’s attention. Add some ambient synths to relate it to the overall feeling of the game and give a good “base layer” of sound and (I thought) we were good to go.

However, the feedback I received from Nadeo was that it was too melodic and a bit too “space” sounding.

All that interesting melodic and swelling orchestral stuff is cool, but not necessarily the best when you’re trying to make music sit in the background and not grab the players’ attention.

So then the question became how and what to “trim” from the track so it was still interesting but not “too interesting.”

The Nadeo team sent me the music for the Trackmania Turbo track editor and garage as a reference which became a huge help. I was able to listen to the roles that were being filled throughout vs sporadically within the track, and what layers/effects were being used.

Ultimately, the track that ended up in the game is much less involved in terms of melody or harmonic movement (chord changes) and dynamic swells, but it fits the role in a much better way for a track editor. 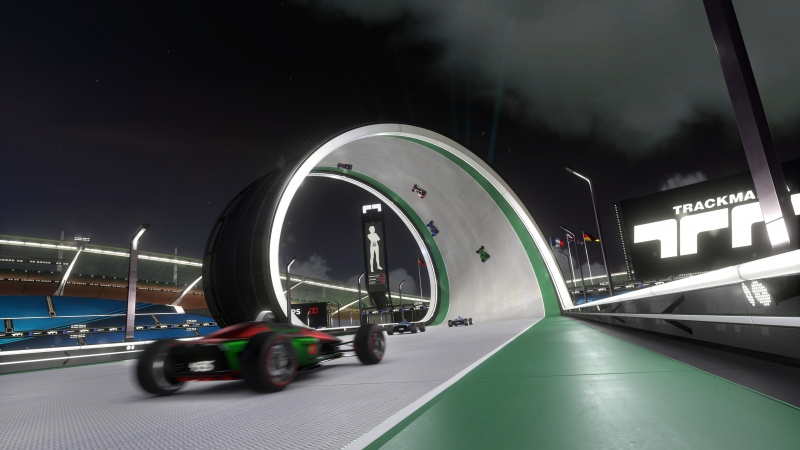 At this point I had a feel, a template, and only had two more tracks to go (originally, there were only going to be 4 race tracks). I approached this with the same process I used for Chassis and Paradigm and had been watching documentary clips on the evolution of punk from the ‘60s to straightedge in the ‘80s. I knew from the start that I wanted this track to be a bit more “raw” or “cutting” in its character, but I looked for something to connect this idea with the feeling of the other race tracks.

What I eventually settled into was a combination of early Crystal Method tracks and a bit of Les Claypool’s bass from Primus so as to not lose that “bouncy” quality I had pinpointed early on.

As I was swirling “Busy Child”, Minor Threat, and “My Name is Mud” around in my head (while driving!), I recorded this:

From there it was a matter of adding variation how I could. Crystal Method tends to have very long repetitive phrases and Minor Threat’s songs are :45-1:30, so the original ideas I came up with didn’t have enough variation to be totally compelling. Vegas Grease was originally about a minute longer, but I spent a couple days purely “trimming fat” and adding additional gestures of variation wherever I felt I could in drum fills, the bass line, recorded guitar and the sounds/production used.

This was the hardest track to complete because of the influences I was using as well as how I had been forcing myself to use the sonic and composition template created for Chassis. Frankly, it was time to move on with a new method...

Be sure to check out Unlock Audio and stay in touch. Want to reach out? [email protected]