This week's highlights include a look at the U.S. grandmaster vying for the world chess championships, a diary playing through Bethesda's oddly emergent Fallout 76, and a host of other notable pieces.
Simon Carless
Blogger
November 19, 2018 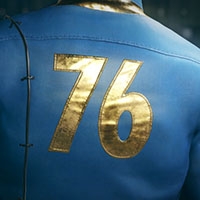 This week's highlights include a look at the U.S. grandmaster vying for the world chess championships, a diary playing through Bethesda's oddly emergent Fallout 76, and a host of other notable pieces.

Heck, and there's all kinds of other neat contemporary game reviews & classic game articles in addition to the above. All good stuff! And thanks for carrying on reading all these wonderful writers - I know they appreciate it.

For a WoW veteran, World of Warcraft: Classic is like coming home (Christos Reid / RockPaperShotgun - ARTICLE)
"In 2017 Blizzard announced World of Warcraft: Classic, a way to play WoW near-as-dammit as it was when it first came out... Blizzard have made no secret of how they feel about unauthorised versions of the game, but the time has finally arrived for an official one. The BlizzCon demo this week presented us with a playable leap back through time."

Microsoft, Nintendo Remain Committed to E3, Despite PlayStation’s Departure (Brian Crecente / Variety - ARTICLE)
"Both Nintendo and Microsoft remain committed to the effectiveness of the E3 video game expo held each year in Los Angeles, despite news first reported by Variety that PlayStation’s decision to not attend next year’s show. [SIMON'S NOTE: some notable things happening here.]"

The Xbox startup sound (Twenty Thousand Hertz - PODCAST)
"The Xbox startup sound is an audio logo that’s become synonymous with the game console. But its origins are rooted in solving a logistical problem; how to entertain gamers while they wait for their machines to finish booting up. Featuring Sound Designer and Composer Brian Schmidt and Sound Designer, Composer and Berklee Professor, Michael Sweet."

Fallout 76 Journal, Day 1: Welcome to the wasteland (Andrew Webster / The Verge - ARTICLE)
"Today marks the launch of Fallout 76, the first online-only, multiplayer-focused entry in the post-apocalyptic series. Given its massive size and ever-evolving world, instead of a traditional review, we’ll run a series of journal entries chronicling our adventures in Bethesda’s devastated version of West Virginia. Expect to see new entries every other day for the next few weeks. [SIMON'S NOTE: here's Part 2, too!]"

Microsoft’s New Studio Acquisitions Show How Much Xbox Has Changed (Jason Schreier / Kotaku - ARTICLE)
"Truth is, as Team Xbox has been signaling for quite some time now, and as we’ve gathered from our own conversations with both people in and outside of the company, Microsoft is no longer interested in competing directly with Sony... The PS4 has outperformed the Xbox One so resoundingly, Microsoft stopped providing hardware sales figures."

How we fit an NES game into 40 Kilobytes (Morphcat Games / YouTube - VIDEO)
"[SIMON'S NOTE: Good to see a retro game - in this case Micro Mages, a new platform game for the NES with up to four players simultaneously - be so transparent about how it's being constructed]."

Hidengen - episode 1: board game cafes (Archipel / YouTube - VIDEO)
"Hidengen is a new series about the board game scene in Japan, led by graphic and game designer YACOYON, who will make us discover various protagonists of the local “analog game” (also referred to as "hidengen game") industry. The first episode of this series is themed around board game cafes, which are places where people can gather to discover, learn and play games."

How Aardman made a WWI game look like an oil painting (Nick Summers / Engadget - ARTICLE)
"Most video games set in the First or Second World War shoot for gritty realism... 11-11: Memories Retold is different. The story-driven experience, set during the last two years of World War I, has a painterly art style inspired by artists such as Claude Monet and Joseph Mallord William Turner. Every scene is created with tiny brushstrokes that slowly move, transform and dissolve."

Hitman 2 review: Accessible stealth oozing with style (Julie Muncy / Ars Technica - ARTICLE)
"Hitman 2 expands on those successes on all fronts. The stages are bigger and more elaborate, the rhythms of play have been smoothed out and made more full, and the systems underlying the missions are more robust, and more flexible, than ever. Hitman 2 feels like a mission statement: this is what Io can do with minimal outside help and full control over its properties."

The American Grandmaster Who Could Become World Champion (Oliver Roeder / FiveThirtyEight - ARTICLE)
"If you search the archives for Caruana, one of his earliest mentions you’ll find is a television news segment from early 2001, when he was 8 years old and living in Brooklyn. “Here’s the story of a boy who could be the next Bobby Fischer,” the host says."

Tetris Effect is a glorious love letter to Tetris (Andrew Webster / The Verge - ARTICLE)
"But despite being one of the most beloved and popular video games of all time, the current state of Tetris is rather dire... That’s what makes Tetris Effect so special: it’s a spectacular, strange ode to everything that’s so great about the block-falling puzzle game. It made me fall in love all over again."

Dragalia Lost: Has Nintendo figured out Free-to-Play? (Florian Ziegler / Mobile Free To Play - ARTICLE)
"Both Pokemon Go and Fire Emblem Heroes are seen as something of a surprise hit, vastly outperforming expectations. Dragalia Lost, in turn, is a much more predictable marriage, with free to play ancient Cygames (of Rage of Bahamut fame) adding tried and proven monetization design and expert systems knowledge to Nintendo’s famous world building and quality standards."

Two years on, Overwatch's producers talk toxicity, crunch, and live game dev (Bryant Francis / Gamasutra - ARTICLE)
"So what's powering Blizzard's success with Overwatch? While we can't deny the value of playable hamsters and robots who wear little hats, there's also a lot to be said for the importance of production and leadership that's able to respond to internal and external challenges. At Blizzcon, we were able to sit down for a chat with executive producer Chacko Sonny and producer Nicole Gillet to discuss how Blizzard is handling challenges ranging from player toxicity to industry-wide labor questions."

SNK 40th Anniversary Collection sets a new standard for compilations (Martin Robinson / Eurogamer - ARTICLE)
"The SNK 40th Anniversary Collection, you might think, would be an excuse to wade in nostalgia and rake over old memories, a chance to sift through the differences between the seemingly infinite spins on The King of Fighters, or to dig deep into the beauty of Garou: Mark of the Wolves. It's not - and understandably so, given the countless options that exist to enjoy those games - and is instead something else entirely. This is a concise, exquisitely presented tour through SNK's pre-Neo Geo history."

Hampering the search for real criticism: Discourse Empress of the World (Zoyander Street - ARTICLE)
"The wheel of discourse is always turning, always bringing us back to where we began. Today we find ourselves at a new high noon, as a freshly-launched videogames magazine publishes a “where is all the critical writing on games?” article. This is where we are reborn – in the frustrated wailing of sincere critics, leading to a surge in shares for thoughtful writing that had gone mostly ignored for years."

Why Are Humans Suddenly Getting Better at Tetris? (Jason Kottke / Kottke.org - ARTICLE)
"As John Green explains in this video, a few people are actually getting much better at the NES version of Tetris than anyone was back in the 90s. One of the reasons for this is that a smaller dedicated group working together can be more effective than a massive group of people working alone on a problem."

From Pac-Mania to Fortnite fever: are video games becoming more addictive? (Alex Hern / The Guardian - ARTICLE)
"The problem is that little of what Hopson suggested in 2001 was that much of a surprise to developers of the day. The key difference was that they described the same techniques as achieving a different goal, a word that was noticeably absent from Hopson’s essay: “Fun.”"

The 10 Best Video Games of 2018 (Alex Fitzpatrick & Eliana Dockterman & Patrick Lucas Austin / TIME - ARTICLE)
"As the world seems increasingly tumultuous and hostile, it’s only natural to seek some means of escape—if only for a few hours at a time. Luckily for those of us who prefer video games as our means of a temporary reprieve from reality, 2018 offered an embarrassment of riches."

Space Harrier – Developer Interview Collection (SH 30th Anniversary book / BEEP! / Shmuplations - ARTICLE)
"In this collection of decade-spanning interviews, former and current Sega AM2 members discuss the making of Sega’s classic 3D shooting arcade game, Space Harrier. As with so many classic games of the era, many of Space Harrier’s most distinct and memorable traits were not merely conceived through ingenuity or vision but as pragmatic solutions to immediate problems, be they related to hardware, software, manpower or just keeping the higher-ups at bay."

The Designer’s Designer (Jimmy Maher / The Digital Antiquarian - ARTICLE)
"Dan Bunten and his little company Ozark Softscape could look back on a tremendous 1984 as that year came to an end. Seven Cities of Gold had been a huge success, Electronic Arts’s biggest game of the year, doing much to keep the struggling publisher out of bankruptcy court by selling well over 100,000 copies. Bunten himself had become one the most sought-after interviewees in the industry. [SIMON'S NOTE: Don't miss this.]"