This week's highlights include the end (and resurrection) of Fortnite, an early look at Star Wars Jedi: Fallen Order, plus a whole heap of new titles under the microscope - from Manifold Garden to Killer Queen Black to Disco Elysium and far beyond.
Simon Carless
Blogger
October 20, 2019 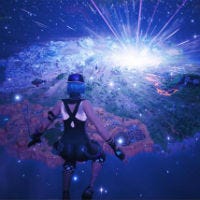 This week's highlights include the end (and resurrection) of Fortnite, an early look at Star Wars Jedi: Fallen Order, plus a whole heap of new titles under the microscope - from Manifold Garden to Killer Queen Black to Disco Elysium and far beyond.

It's a busy time out there - hope you like all the links, as well as having 'officially too many games to play', like I do.

Killer Queen Black Brings A Perfect Arcade Game Home, With Some Issues (Cecilia D'Anastasio / Kotaku - ARTICLE)
"Since its 2013 release, the 90 Killer Queen arcade cabinets scattered across the states have become one of those underground sensations in urban gaming circles and among in-the-know indie connoisseurs. The 10-player competitive game has amassed a cult following, and is often breathlessly described as “perfect” to anyone who asks, “What’s Killer Queen?”"

'BARF!': Designing River City Girls' approachable, challenging brawling (John Harris / Gamasutra - ARTICLE)
"In our wide-ranging conversation (reprinted below), Tierney spoke to the challenges of revamping River City Ransom's design principles for a modern game, what it takes to make brawler gameplay interesting, and what devs can do to help introduce new players to the genre."

Case study: Steam's 'Deal Of The Day' & DLC attach (Simon Carless / Game Discoverability Weekly - ARTICLE)
"As you may (or may not?) know, Valve/Steam does permit developers to screenshot and release sales numbers and wishlist data using the Steam back end. So this excellent recent Twitter thread by David showcases the power of Steam featuring, and includes real numbers."

What Does PewDiePie Really Believe? (Kevin Roose / New York Times - ARTICLE)
"A few weeks after the Poway shooting, Kjellberg’s publicist called me. Kjellberg hadn’t given an interview in years — a guy with millions of YouTube subscribers has little need for reporters — but in the wake of the shootings, I had asked, and he agreed to talk. [SIMON'S NOTE: Games-adjacent, at least.]"

The 100 Best Videogames of the 2010s (Garrett Martin, Holly Green and the Paste Games Writers  / Paste - ARTICLE)
"Time is the most absurd lie we’ve ever told ourselves. 2010 feels like forever ago and yet I remember playing through Mass Effect 2 like it was yesterday. That came out the very first month of 2010, just under 10 years ago, and my review of it was one of the very last game pieces to run in Paste’s original print magazine."

Fortnite has reached The End – changing video game storytelling for good (Keith Stuart / The Guardian - ARTICLE)
"On Sunday evening, more than 6 million people gathered online via streaming services such as Twitch and YouTube to watch the end of the world. Not our world, thankfully, but the world of Fortnite, which was sucked into a black hole, taking the whole game and all player characters with it. [SIMON'S NOTE: also see - 'Fortnite is exciting again' from The Verge.]"

‘Disco Elysium’: Riveting delirium (Christopher Byrd / Washington Post - ARTICLE)
"I didn’t expect to find another game this year as conspicuously well written as “Sunless Skies,” or as adept in its use of noir as “Neo Cab,” but here it is. “Disco Elysium” pulls off some surprising moves, like making the story of an amnesiac protagonist interesting by emphasizing his biological makeup."

The boy behind the biggest coin-op conversion of the 80s (Martyn Carroll / Eurogamer - ARTICLE)
"It's 6am on a cold morning in November 1987. 17-year-old programmer Martin Webb is sitting in front of a computer at a house somewhere in Shropshire. Martin's father Dennis Webb is also present, as is Geoff Brown, the boss of game publisher US Gold. They've been here all night."

Writing about MINIT but every minute I start from the beginning again, which seemed like a good gimmick when I began (Holly Gramazio / HollyGramazio.net - ARTICLE)
"As I play MINIT - a 2018 adventure game from Jan Willem Nijman. Kitty Calis, Jukio Kallio and Dominik Johann - I think about how neatly the conceit of a timeloop curse explains so many of the conventions of videogames: the passers-by who always have the same thing to say, the vessel that never needs to be refilled."

Downscaling, upscaling, same-scaling: Porting to Switch and under-powered consoles (Andrew King / Gamasutra - ARTICLE)
"We chatted with developers from Iron Galaxy (who ported The Elder Scrolls V: Skyrim), Panic Button (Doom, Wolfenstein: Youngblood, Rocket League) and Warp Digital (Return of the Obra Dinn, Blasphemous, Close to the Sun) for a look at the downgrades, and occasional upscales, that different games demand."

The writing of The Witcher 3 (Keith Stuart / The Guardian - ARTICLE)
"Look at the classic moments - the folk horror of the Whispering Hillock mission, the family tragedy of the Bloody Baron, the reunion on the Isle of Mists - they're filled with subtle emotion, with little gestures, with intense human qualities. But for most of the development period, the team didn't have the finished character models, environmental visuals or voice-over recordings to work with."

‘It’s my escape.’ How video games help people cope with disabilities. (Hawken Miller / Washington Post - ARTICLE)
"In the United States, one in four people have a disability, according to Centers for Disease Control and Prevention. Gaming allows many of them to do things in a virtual space they could only dream of in reality. It also helps them connect and overcome social anxiety and feelings of depression."

Trippy ‘Manifold Garden’ Will Break Your Brain in the Most Satisfying Way (Patrick Klepek / VICE - ARTICLE)
"Manifold Garden reminds me of a spiritual successor to Antichamber, another one of those rare moments I stuck with a puzzle game from start to finish because even in the moments where I was tearing my hair out or was forced to look up the solution to a puzzle, the overall experience was worth it."

Outer Wilds: A Seven-Year Struggle (GameSpot / YouTube - VIDEO)
"With the release of Outer Wilds on PS4, we talk to the creators about the challenges and hurdles of making a game inspired by Majora's Mask, 2001: A Space Odyssey, and more."

I took medical speed and played Deadliest Catch: The Game (Nate Crowley / RockPaperShotgun - ARTICLE)
"Apparently, I was advised, the initial dose could be… quite noticeable. “Wouldn’t it make for a good post tho,” I thought to myself, as I went to bed on Sunday night, “if I got up well early tomorrow, took my first pill, and played the demo for Deadliest Catch: The Game”."

The Creators Of Pokémon Go Mapped The World. Now They're Mapping You (Cecilia D'Anastasio and Dhruv Mehrotra / Kotaku - ARTICLE)

"Today, when you use Wizards Unite or Pokémon Go or any of Niantic’s other apps, your every move is getting documented and stored—up to 13 times a minute, according to the results of a Kotaku investigation. Even players who know that the apps record their location data are usually astonished once they look at just how much they’ve told Niantic about their lives through their footsteps."

Ring Fit Adventure review: two weeks with Nintendo's charming exercise RPG (Andrew Webster / The Verge - ARTICLE)
"This past weekend, for the first time in my life, I felt guilty for not exercising. I was nearly two weeks into establishing a dedicated routine in Ring Fit Adventure, the latest fitness experiment from Nintendo. But I was sick and just couldn’t summon the energy to run on the spot for 10 minutes."

"Based on my time with it, Fallen Order isn't a very original game. But it combines elements from some of the most popular single-player triple-A titles of the past few years in a familiar cocktail mixed for the modern core gamer's palate. The narrative is strong, the visuals are appealing, the lightsaber combat is tight, and the target audience is going to gobble that up, I suspect."

Designing for disaster in Finji's Overland (Bryant Francis / Gamasutra - ARTICLE/VIDEO)
"Overland, like many games Saltsman dreams up, began in his mind as a series of screenshots. He first began to conceive of its design after playing XCOM: Enemy Unknown and Michael Brough's 868-Hack, an abstract turn-based dungeon crawler with a hacking aesthetic."

Autonauts review – sim robots share the load of colonisation (Will Freeman / The Guardian - ARTICLE)
"Autonauts is a game about colonising new worlds; landing alone on an unspoiled planet, your task is to build a thriving civilisation. There’s a little of the DNA of genre classics such as SimCity in there, but Autonauts busies you relentlessly with the fine detail of constructing a new settlement."

Honks vs. Quacks: A Long Chat With the Developers of 'Untitled Goose Game' (Patrick Klepek / VICE - ARTICLE)
"It would have been fine, maybe even enough, if Untitled Goose Game’s legacy was a funny trailer for a video game concept that worked better in theory than in practice... But in 2019, a year where the news outweirds itself on a daily basis and events feel plucked from a randomizer that’s pulling ideas out of a hat, our current status is equally plausible: Untitled Goose Game is not just a funny game but an excellent one."