Highlights of this year's Global Accessibility Awareness Day, an annual event aimed at getting people talking, thinking and learning about accessibility.
Ian Hamilton
Blogger
May 31, 2017

Global Accessibility Awareness Day is an event that takes place in May every year, a day aimed at getting people talking, thinking and learning about digital accessibility.

It did not include any representation of games to start with, but has steadily grown. From a single games panellist on a multi industry panel in 2013 through to GAAD 2016’s six articles, two talks and four videos, including three as part of ID24, and of course the highlight being the unveiling of Uncharted 4’s well known accessibility featureset.

This year there was another huge leap forward, which I think is in line with the huge leap being taken forward in the industry in general. It is now getting to the point where it is hard to keep track of, but hopefully it is still fairly comprehensive!

Some of the events were private, but some are videos and articles freely available online, which make for a great set of new accessibility resources.

There were several internal awareness raising events, the first being at the BBC. They held a live streamed multi venue multi industry event, which included demos of switch-accessible preschool gaming: 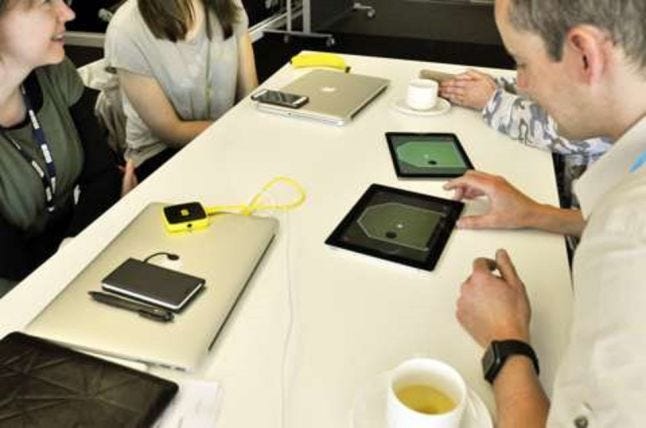 And also had blind gamer SightlessKombat on hand, taking on challengers in Killer Instinct: 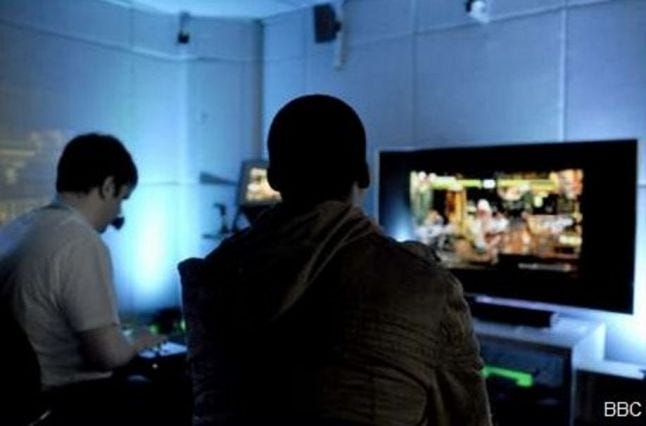 Next up cross-industry accessibility consultancy Funka held a dedicated game accessibility awareness raiser at their head office in Stockholm, with 150 attendees: 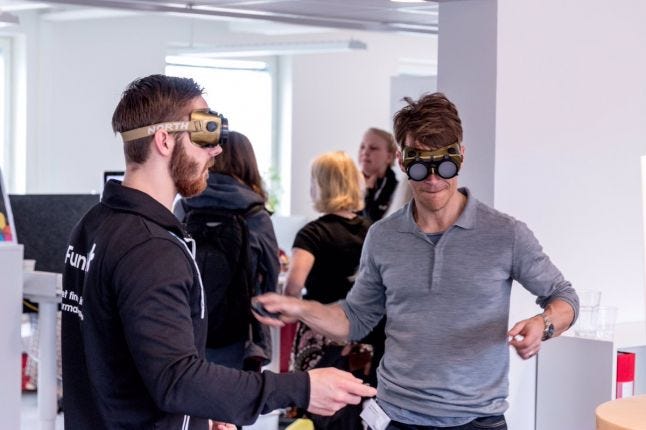 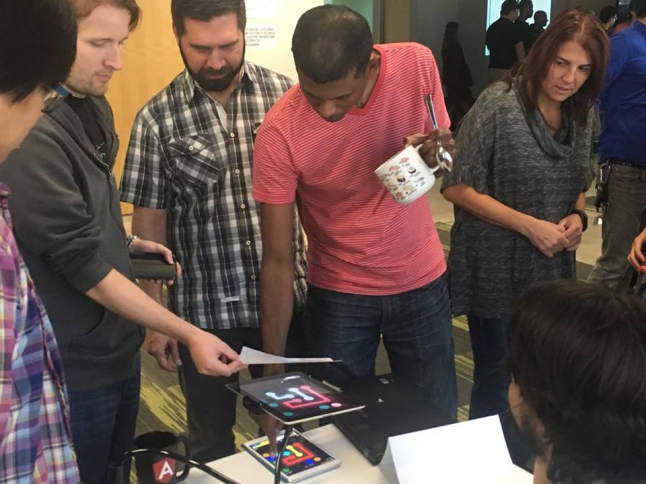 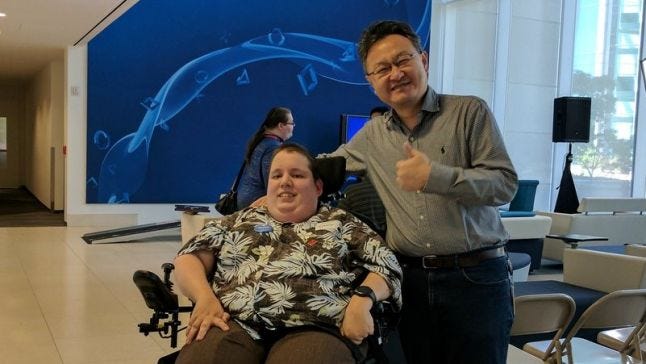 It was a busy day for AbleGamers, they had people visiting Google and Bungie too.

There were some other streams over the day, one from one handed gamer BatlerGaming, talking about his experiences:

And one from Tanya DePass of INeedDiverseGames and myself, chewing the fat on accessibility in general: 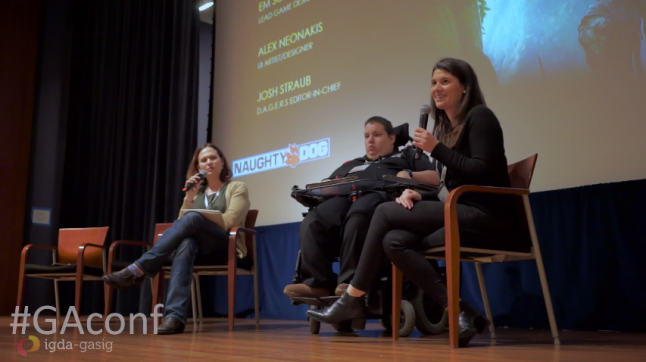 And also spent the day tweeting out some of the best quotes from the conference:

And another on the recently added Xbox co-pilot functionality, together with recommendations of games to try with it:

Apple produced as set of videos showcasing various areas of system accessibility, not specifically on gaming but featuring well known pro blind gamer Carlos Vasquez, who was the catalyst for the accessibility mode now present in Mortal Kombat X and both Injustice games: 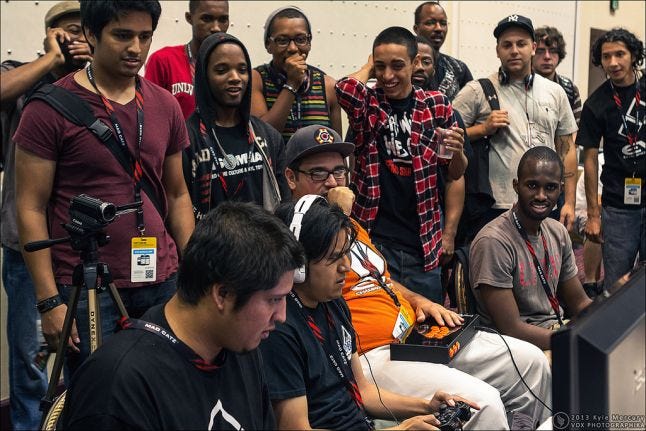 Another video, this time from Jesse Anderson on design tips for low vision in VR third person games:

Still on the topic of VR, Alice Wong posted an interview with Hannah Gillis of ILMxLAB on the accessibility considerations in their Star Wars VR project:

Zohar Gan released an early prototype of an accessibility plugin for Unreal:

Meeple Like Us wrote a really nice article covering both a retrospective on the first year of the project and some thoughts on the meaning and importance of accessibility in tabletop gaming:

Blind gamer Aser Tolentino wrote a piece on his experiences running RPGs, both remotely and in person: 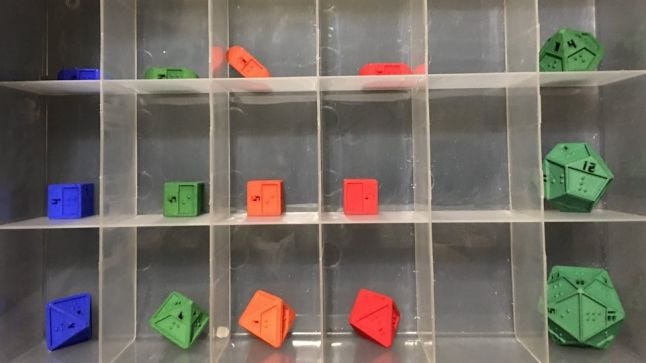 Household Games announced a swathe of accessibility features for their upcoming game Way of the Passive Fist: 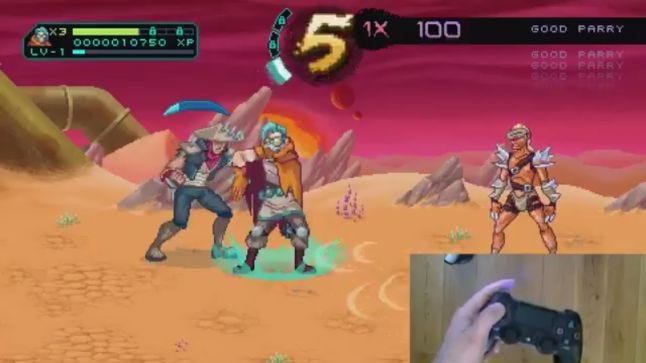 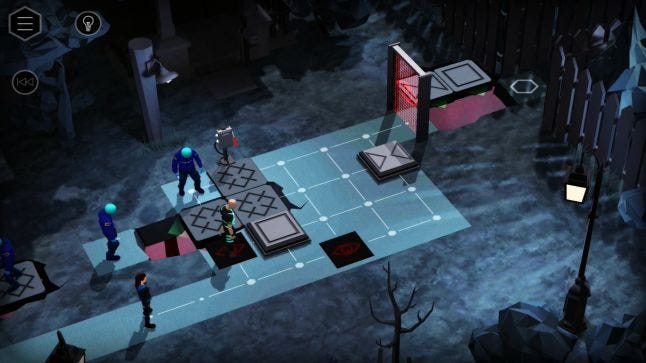 Bryce Johnson of Xbox showcased a PC Gamer article on a Minecraft server for autistic kids:

UKIE ran their annual student game jam across global accessibility awareness day this year, with an award for most accessible game:

Barrie also put up a detailed pin guide for modding Xbox One controllers:

I posted a piece myself, on recent innovations and tools in the field of accessibility for blind gamers:

I also put up the aforementioned 20 question accessibility trivia quiz, some nice and interesting facts amongst it including some pretty rarely known ones:

Christer Kaitila had a quick reminder for devs of why considering colourblindness is important: 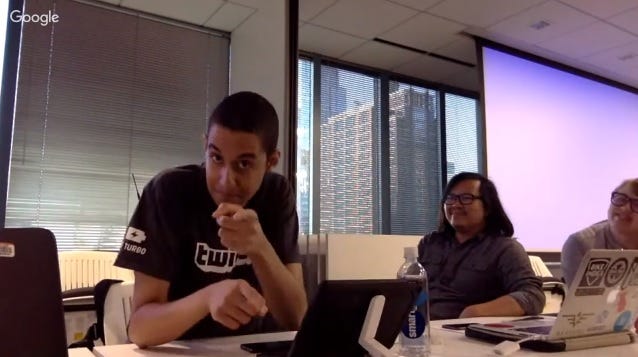 Daniel Göransson gave a talk for t12t in Stockholm on console accessibility and how it relates to web:

And last but not least Rinchen Emma Ridley gave a talk about both implementing and advocating game accessibility in globally distributed teams, for a11ybytes Melbourne:

To finish up, just a few of the many nice quotes from throughout the day:

Disabled people have critical creative & audit roles to play in accessibility to ensure it is authentic and actually works.
– Robyn Hunt, accease

The video game is the conduit to the community...gaming is a window to the world.
– Mark Barlet, AbleGamers

The community will help, we want the same access.
– Brandon Cole

No-one wants to be defined by their physical limitations.
– Josh Straub, DAGERS

It is part of our values that we will not compromise on.
– Tim Cook, Apple

I used to tell friends that for a large part of human history, careers for the blind were restricted to beggar, musician or soothsayer. I graduated from law school in the top 5% of my class, record and produce a podcast enjoyed by literally dozens of people and make a nuisance of myself on social media just like anyone else. We truly live in a golden age.
- Aser Tolentino, The Redacted Files

It means that, as gamedev, we need to offer a great UX to ALL players.
– Celia Hodent, Epic Games

My life has been immensely enriched by the diversity of people within it.   I want my hobbies to be similarly enriched, and that’s only going to happen when we all accept the fundamental importance of accessibility for all. We’ve all got a role to play in this – as agitators, as advocates, and as informed consumers of culture.
– Michael Heron, Meeple Like Us

It was very inspirational to hear Josh talk about accessibility in games, what impact we developers can have on the lives of many people :)
- Shuhei Yoshida, Sony

I am loving all these game #accessibility tweets today. Just a flood of goodness.
- Adriane Kuzminski, SmashClayAudio