2019 was a really good year for games. Exceptional. Maybe the best ever. I've said similar things about previous years, but now (I promise) I mean it.
Kris Graft
Publisher
January 02, 2020

2019 was a really good year for games. Exceptional. Maybe the best ever. I've said similar things about previous years, but now (I promise) I mean it.

There were so many great pieces of work that came out this year that I wonder if after 2019, will there ever be a year that is "disappointing." I wonder if we've hit an inflection point where there are so many incredibly talented people who are able to make and release games that it'd be impossible for there to be a "bad" year. Deep thoughts happening here!

In any case, 2019 was an embarrassment of riches when it came to quality games. Here are the 10 that stuck with me this year, although there were even more that I adored... 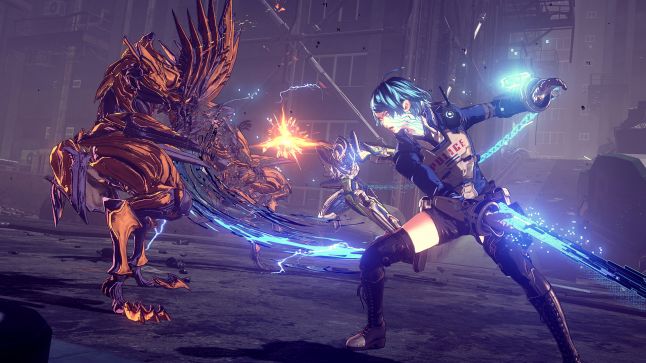 I wasn’t sure about Astral Chain when I first started playing. It just feels different than Platinum Games’ other work like Bayonetta and Nier Automata. But after spending more time with it I appreciated a fighting system that eventually became second nature even though you’re controlling two entities at once. Throughout the game, Astral Chain confidently layers systems and abilities as the game progresses in a way that, before you realize it, you’re a multitasking master who can exquisitely juggle several aspects of combat simultaneously. The game also expertly balances fast-paced combat with downtime that lets players slow down and appreciate the game’s world, the Ark, a place I hope Platinum visits again in the future.

There are few action games on mobile phone that are as responsive and mechanically sound as Luis Moreno Jimenez's Bleak Sword. In fact, Bleak Sword's combat is just as good as a lot of traditional controller-based action games. Its impressively intuitive one-thumb dodge-block-attack gameplay and unforgiving death loop together serve as a worthy tribute to Dark Souls, while the simple, beautiful pixelated graphics and animations set a tone that turns your phone screen into a window to a foreboding world that you want to come back to over and over again. Bleak Sword shows that when a designer truly respects the constraints--and capabilities--of a game's respective hardware, small miracles can happen. 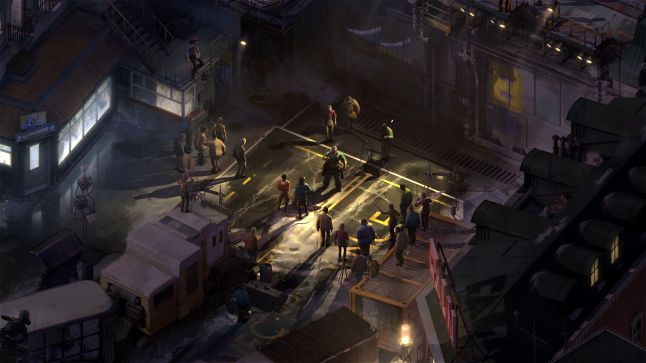 Disco Elysium is a game that doesn't shy away from displaying realistic depictions of the worst parts of society and psyche and does so in a way that often makes the game absurdly unsettling or even disturbing. It's this pervasive sense of unease--that there is no solid foundation for anything, that constructs like laws and relationships are merely futile attempts for humans to control the chaos of the universe--that gives Disco Elysium its gravitas.

Despite the deep self-awareness and existentialism that swirls within the game's narrative, there are so many hilarious "what the fuck" moments of surprise that make you want to wallow in the game's dreariness. There's a weird, twisted joy in this RPG that you simply cannot experience anywhere else. 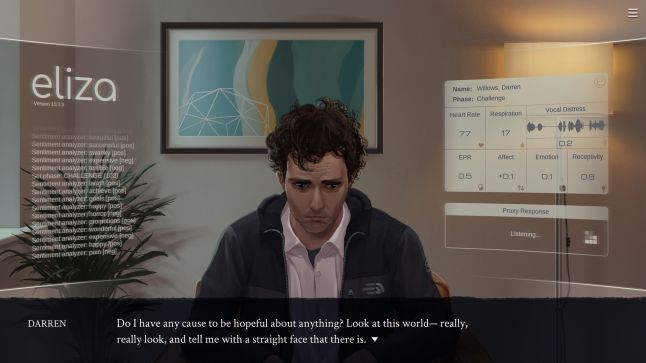 In Eliza, you are tasked with conveying machine-produced therapy guidance to patients with a wide range of mental needs--a bit of any Uber driver for a deep learning counseling A.I. ­­One of the best things about Eliza is how designer Matthew Burns (a former Gamasutra and Game Developer magazine columnist) uses the linear format of a visual novel to invite players to explore the concept of choice. By taking choice away, Eliza says more about choice, decisions, and empathy than most video games with branching narrative. It subverts your expectations of agency, and makes you think about what tech is doing to us and our complacency about it all. 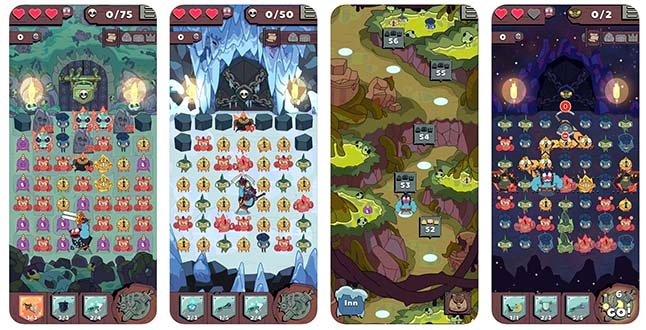 Like many great games, there was a lot of time between the initial idea of Capy's Grindstone and actual release but it was absolutely worth the wait. Grindstone is a star of the newly launched Apple Arcade and for good reason. It is a finely-tuned, immensely satisfying puzzler that is a bit like strategically setting up a zigzag of fleshy dominoes, knocking the first one over and watching the rest burst into colorfully gory explosions. It's puzzler perfection. 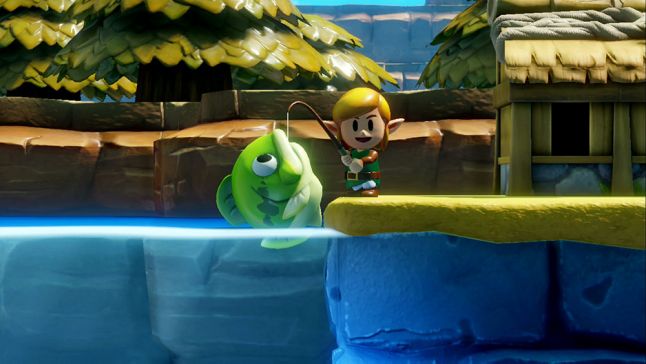 I missed the original Link’s Awakening on Game Boy back in 1993, but I’m so glad that it came back around on Switch. Even though I never played the first one, there is DNA that runs through the Switch version that is unmistakably classic Nintendo. The game’s structure is mostly linear ‘get key/ability, go here, repeat,’ but there’s enough whimsy and wonder in the peripherals of that basic framework to make the game a place where you just want to stay. 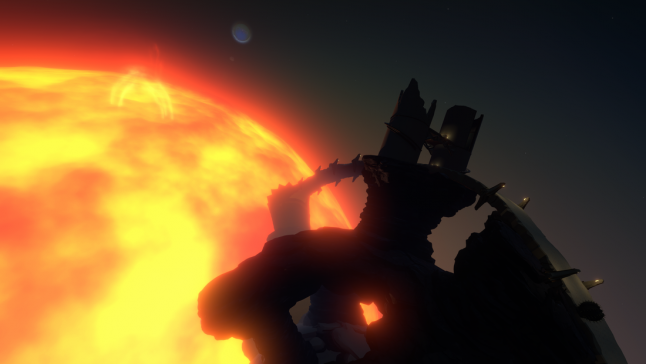 Outer Wilds designer Alex Beachum told me earlier this year, “It was really important that in the game you never got the sense that the world revolved around the player like it does in a lot of other story games.” This idea permeates throughout the game--the universe, which is destroyed by a supernova over and over again in a 22-minute loop, is ambivalent to your existence, but at the same time you do have an impact on it. Outer Wilds gives players a sense of companionship and purpose in a perpetually doomed universe and that’s one of the most important messages a game delivered this year. 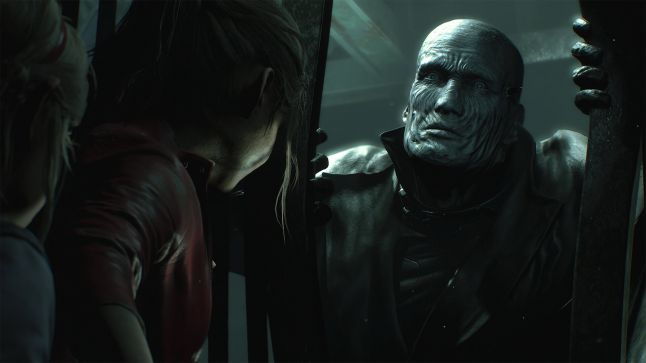 The original Resident Evil 2 is a favorite of mine (and I finished it again recently – it holds up!) so I approached this remake with some skepticism of whether it could properly honor 1998's version. I was happy to see that 2019's Resident Evil 2 was much more than a shallow facelift and was actually a shining tribute to the setting, characters, and story of the original. It was great to experience the world of Resident Evil 2 again through a new lens and the implementation of Mr. X is one of the most frightening and memorable elements of any horror game this year. 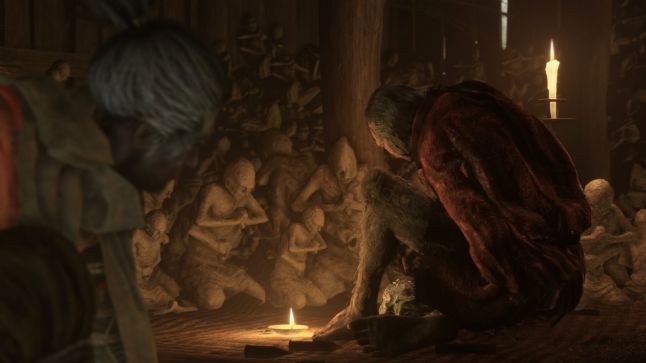 Sekiro is more than just another difficult Souls-like by From Software. The developer took an already successful formula and made it more accessible while retaining the same kind of gratification and sense of mastery you get from other Souls-inspired games. This is thanks to a more forgiving save point system that lets you play for 20 minutes or for two hours. It’s the first Souls-like that respects my time and because of that it’s the one that I’ve played the most.

The game's hauntingly beautiful Japanese setting offers the player multiple points to attack enemies and progress through levels, and its Tenchu-inspired traversal makes you feel like a deadly stealth warrior. And the death mechanic that inspired the game's title is a brilliant and effective way to emphasize the value of a second chance.

The moment I realized Void Bastards was basically FTL if you played in first-person as the crew boarding other ships, I was in love. Each campaign is procedurally generated, so it's a game you can play over and over again--and because it feels so good to play, you will actually want to play it over and over again, even after excruciating defeat. Void Bastards is comic book-gorgeous, and demands that you work through the levels efficiently and deliberately because if you have a momentary lapse in judgment, you will pay. In your success, Void Bastards makes you feel like a ship-hopping genius. But even in failure, embarrassment, and humiliation, Void Bastards is funny and fabulous.