Behind Dota 2, the "Heroes Within" Music - “Having Your Own Musical Voice”

“Having Your Own Musical Voice” - “Creating a Concept within that Voice" In this blog, I talk about the music that I did for Dota 2 called "Heroes Within," and how important it was to trust my own voice while writing the music score.
Daniel Sadowski
Blogger
October 26, 2017 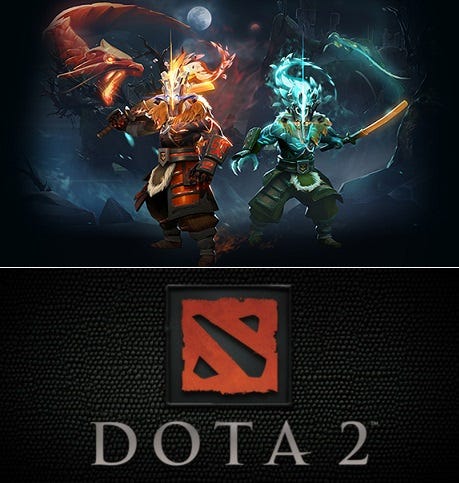 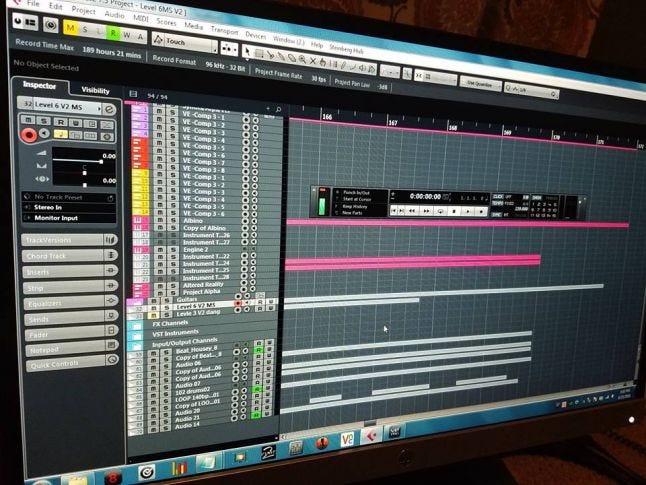 "Your Personal Voice is What Counts"

"The more you pull from a real place that is personal, the more your music will sound unique"

1.Having your own musical voice:

"Every single person has their own unique musical DNA. We all come from different places and experiences. We all have our own path to take through life and this affects who we are as a composer, producer or musician. We shouldn't try to suppress these differences or conform to what is expected. We should just "be" and accept who we are and write music from a place of honesty and truth."

When I was composing the music for Dota 2 and the Heroes Within Score, I knew I wanted to bring something fresh and new to the Dota 2 world. At the same time, I wanted to write something that came from my voice, and something I felt would be made from a place of truth. A lot of times as a composer you are asked to do every different genre under the sun, and to mimic other styles of music that the developers like. Even within that place, I feel that one can always write music from a place that is personal, even when you are having to somewhat conform to a certain style. Therefore, the final music will end up in the same vibe as what the developer wants, but also have your unique stamp on it. The greatest gigs are when a developer or publisher approaches you and just wants your complete take on what you feel the music should be to tell the story of the game, but this doesn't always happen and a lot of times you have to somewhat conform to what is being asked of you. I believe it is possible every time to still get your truth and your voice and your uniqueness into the music, and still end up making everyone happy. After all, the reason why you are being hired in the first place is to bring your voice and your uniqueness to the project. For me personally, I have a very wide music background. I am influenced by everything from Jazz, Film Score Music, Techno, Hip-Hop, Ambient, Ethnic, and a lot of other stuff as well. So when I was writing Heroes Within, I tried to tap into my music influences as well as personal experiences from my life and from working on many games in the past. Also my love of films and TV shows, great writing, unique characters and art, and visuals all inspire my music in one way or another. I believe as creators, we should pull from many different places for inspiration. "All of the things" that influences and inspires us growing up on our own path through life, is what forms our unique voice, and we should always draw from that wealth of inspiration, whether it's music, art, experiences, or anything else, these are the things that make us who we are and give us our unique identity as a creator.

With Dota 2, I had freedom to do anything I wanted which was nice, but at the same time, I was doing music for an established universe, which had previous music that was fantastic, and I was to create something new and different but would still be accepted by the Dota 2 community. That was the challenge, and I feel that sticking to your voice and your truth, and coming up with a musical concept to represent that truth, no matter how small or large it may be, is the key to creating a coherent and unique score. Which leads me to my next part. 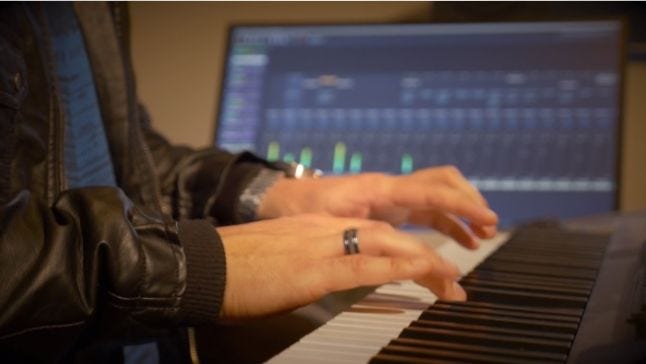 2. Using your own musical voice to come up with a concept for every game

With your own musical voice, come up with a unique concept that is unique to the game and is based on your own tastes and how you react to the game. I knew about the Dota 2 world, and how amazing and powerful the eSports world of Dota 2 was. The players and fans of Dota 2 are a great community of gamers, and so I felt pressure to do something that would really speak to them. I didn't want to compose from a place of pressure or fear, (which can actually help sometimes), but in this case, I had been given the opportunity to do something new, without limits, so I wanted to compose from a comfortable and safe place. Where I found inspiration in Dota 2, was from the art and look of the game. I am a very visual composer and I always see things in colors, even some music notes in colors when I imagine music. The world of Dota 2 and all of the art that goes with it is quite amazing, and I really submersed myself into that world and all of its rich colors. After a while I felt that Dota 2 and it's look and vibe spoke to me in a way that wasn't over focused on the Orchestra sounds, but more on a "cool" synth sort of vibe. I felt that I wanted some Orchestral elements in the game, but that this cool synth should be the focus of how the music is built and not the other way around.  When I thought of what I felt with Dota 2 and how modern and cool the characters and world looked, it was more of a  sort of a cool, ambient and flowing vibe. I found a certain bell synthesizer that spoke to me, in all of its bareness, this synth captured what was Dota 2 for me, and it was what I felt I wanted to use as the backbone and concept for the score. It was a simple bell synth but had a cool ambient vibe that oozed the look and feel of Dota 2. So I created a cool melody with it, and I infused that cool synth sound and melody all through the score:  Please see the video example below which shows the musical concept and how it is then applied to the game score. You can see the bare concept of the synth theme which I created, and then the rest of the Orchestra elements and percussion elements sort of dance around and on top of that synth, but without that initial concept and idea, the score would not have been as strong and successful. The synth line never leaves the score at all, but is always there in the background.

It is easy to get caught up in so many other approaches and ways of thinking when working on a music score or on any part of game development really. I feel that it is so important to create our main ideas and concepts from our own unique voice.  We all have such a unique voice that only we can have, and it is formed from our experiences, our passions and love of music, art, visuals, dance, nature, and every and anything that makes us who we are. The more we draw closer to that place, the more it will show in the work or art that we are creating. I hope that this blog has been helpful and enjoyable to anyone out there who perhaps struggles with trusting their own voice. We all go through it! Thank you for reading - Daniel Sadowski