In addition to his impactful work in the Austin music scene, Priest also contributed to a number of game projects in collaboration with Origin Systems, including Ultima Online.
Alex Wawro
Blogger
September 13, 2018

Gamasutra has learned that esteemed Austin artist Micael Priest passed away on Tuesday. He was 66.

Priest was best known for his remarkable posters, and an obituary published yesterday in the Austin Chronicle includes quotes from a number of Austin artists and pop culture scholars celebrating the impact this "godfather of poster art" had on that community.

"His work, along with Guy Juke’s, quite literally inspired me as a young artist to begin doing poster art for bands,” said award-winning poster artist Billy Perkins. “His drawing style and his skill at hand-drawn text defined the Austin music scene in its early glory days. He deserves a lot of credit for helping turn Austin into the music town that it became."

In addition to his impactful work in the Austin music scene, Priest also contributed to a number of game projects in collaboration with the (now defunct) Origin Systems. He had art credits on a number of the studio's most influential games, including Ultima VII, Pagan: Ultima VIII, and Ultima Online.

For more insight into Priest's artistic perspective, consider checking out the cover feature (image below) the Chronicle ran on him and his work in 2006. 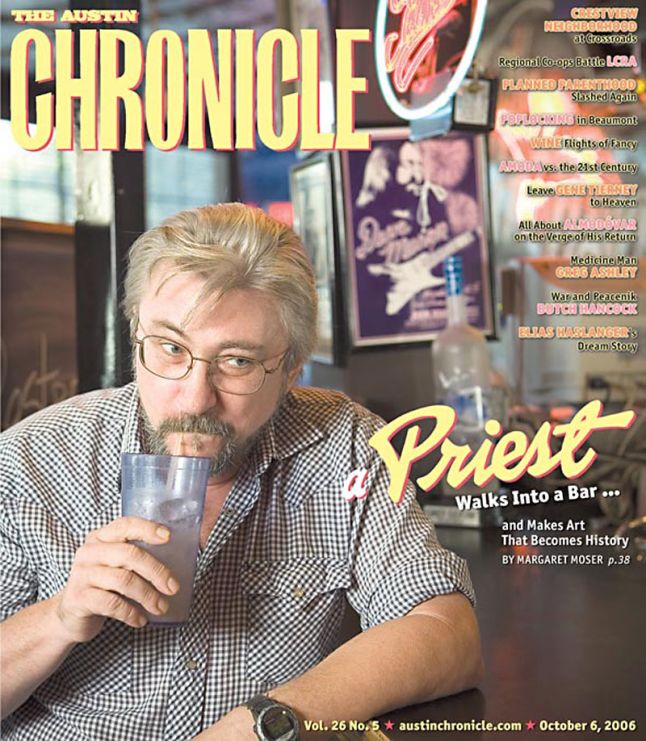