Have a gander at Capcom's anatomy guide for Street Fighter artists

The guide was edited by prominent (former) Capcom artist Akira "Akiman" Yasuda and has been used internally since then to help teach Capcom artists how to draw muscle-bound fighters.
Alex Wawro
Blogger
April 03, 2017

We're all about the art of game development here, so we'd be remiss in not pointing out that Capcom today published an excerpt [in Japanese] of an internal Street Fighter art guide that was created over two decades ago -- and is still in use today.

Devs who attended GDC this year might recall that this guide was referenced by Capcom art director Toshiyuki Kamei (see below, along with one page of the guide) in his talk on Street Fighter V's art design; that's significant given that Kamei claims the guide was compiled back in the mid-'90s, when Capcom was developing Street Fighter Alpha and DarkStalkers.

According to Kamei, the guide was edited by prominent (former) Capcom artist Akira "Akiman" Yasuda (whose credits include Final Fight and Street Fighter II) and has been used internally since then to help teach Capcom artists how to create characters who are visually consistent with the style of those games.

"It's a pretty old document," Kamei (via translator) said in his talk. "But still very valuable to us."

While some of the excerpt's value will be lost on you if you can't read Japanese, you can still marvel at the anatomical underpinnings of some of Capcom's most recognizable games over on the company's blog. 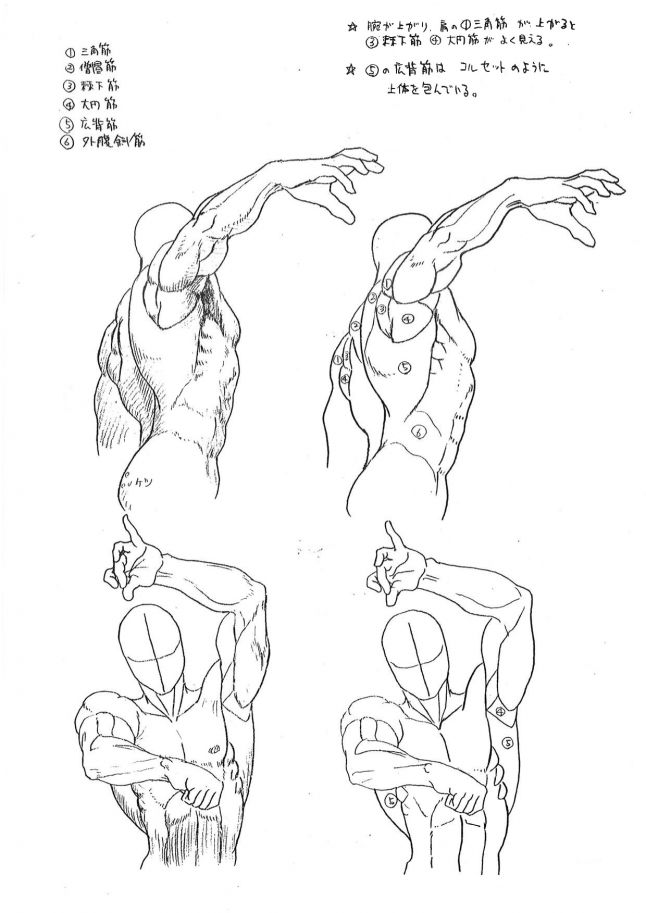