Bitless and the Surgeon's Touch

I engage with the engagement that is engaging with the iOS title "Bitless"
Conor Mckeown
Blogger
February 21, 2014 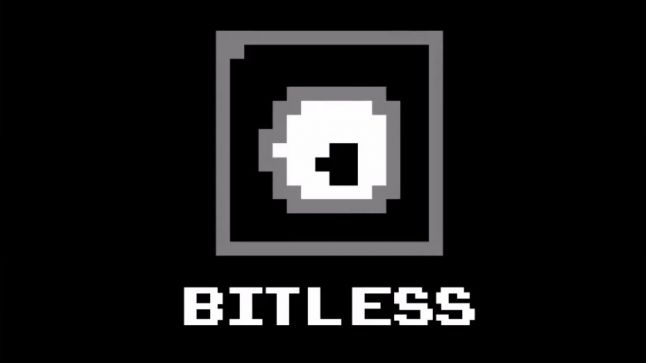 My own writing on games is concerned with the encounter of the natural and the machine. I follow the logic of Leo Marx through Sean Cubitt and eventually Karen Barad to theorise an intra-action of machine and user. A part of this, however, has been playing games that have tested my ability to become one with the machine (or, as I prefer to think of it, to create a new two, together with the machine).

One of the major games that has helped me achieve this line of thinking is Terry Cavanagh's, frankly, incredible "Super Hexagon" (iOS, 2012). It's completely counter intuitive blend of non-euclidian space and simplistically linear user interface create an experience that clearly articulates the feeling of needing to change as a user - to "come up" to the level of the machine. This is not just practice and repetition (although I will admit that is a large part of it) as the game uses procedural generation for the levels. In truth, this is a shift in something beyond thinking - reaction times and perception. The game becomes a matter of "flow"; of entering into a space where you siphon off brain power from the top level of your cerebral cortex to the raw, processual cores of your brain and associated motor functions. In that, the game has changed how I think about gaming and how I see the world (of "Super Hexagon" at least).

However, another game has forced me to this point in a similar and yet different way. The game is "Bitless" by Nicholas Rapp (iOS, 2013) whose title is derived from the feeling of being "scared shitless". Whilst I'm yet to experience any sense of terror from the game, a terror I was assured in the comments at the App Store, the game has allowed me to engage with a sensory realm I was hitherto unaware of in ludic experience. The only way I can describe it is as the "surgeon's touch" and I think it may be something entirely unique to a specific type of one-button casual game played on capacitive touch devices.

By "surgeon's touch" I mean to imply that the game relies on a specificity of input control that goes beyond standard, touch the button to win, ideas of one button game. Everything is infinitely divisible, of course, but there is something to the playing of "Bitless" that I have not experienced before.

When playing (particularly in the Green level 12) the game forces the player to enact specific movements, often purely through a sense of rhythm, pre-empting what would be a logical action in line with what is visible on screen. One of the actions is a long jump to short jump manoeuvre used to traverse wide pits before overcoming tight spaces between two fatal obstacles. In these instances, the contact with the screen becomes less about "touching" and more about "removing" one's finger from the screen. It is only the length of touch which decides the movement and in order to accommodate the precision of touch required, I found, my hold upon the device had shifted from the usual cumbersome press of touch-control, to a feather light engagement in which I could barely feel my iPad but was instead trusting that it would feel me.

Perhaps this feeling is exclusive to my engagement with this game and perhaps this has something to do with my I am still, as of writing, stuck on a fairly early level in a fairly simplistic game which I have no doubt, truly native game players would digest in a matter of hours rather than days (as I am). But I cannot deny that the experience is has imparted to me of the "surgeon's touch" to my device has been truly remarkable, reminding me, at the least, of the sophistication of the capacitive touch interface.

In truth, I feel that I have felt a much more organic engagement with my device while simultaneously I have felt my own organicness being stripped away in favour of incredibly exacting inputs that only machine could realise.

But then, for me, that is exactly the experience playing a videogame should impart as it is exactly what is happening.