So can a videogame be a piece of art? Yes, but to see it, we must first educate ourselves and open our minds a bit.
Sophia Gardner
Blogger
October 16, 2019

Yes, here we go again. Can videogames be considered a form of art? Before we start retreading this old ground, let me ask you this: do you consider literature a form of art? What about cinematography? I assume it’s a “yes” both times.

Okay, now would you call Fifty shades of Grey a work of art in writing? How about the Transformers franchise? Is that a piece of artistic cinematography?

See where this is going?

The first reason why the discussion of the artistic merits of videogames goes nowhere for decades is pretty simple.

We lump them all together

All games are seen as valid material for painstaking analysis. No distinction is ever made between big titles that are created solely for the purpose of mass entertainment and independent “art games” that are made primarily for artistic expression, not even to amass modest revenue. Unlike big-budget A-titles, they are usually very simple and small in scope, made by a single creator in a relatively short time. There are great many of them. 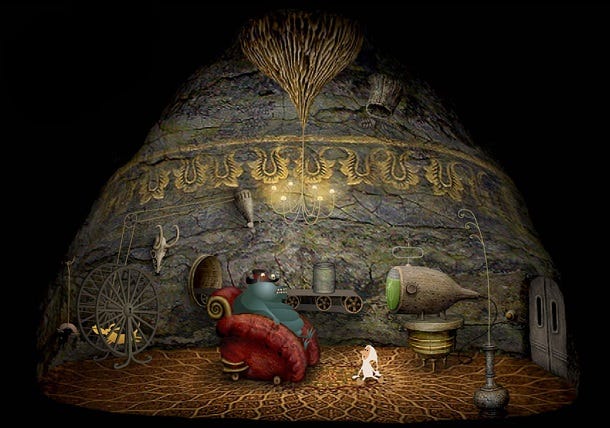 For example, Passage and Gravitation, by Jason Rohrer each express a specific idea or feeling (death and parenthood respectively). They represent the emotions of the author translated directly into the gameplay. Very “auteur”, isn’t it? The Marriage and Stars Over Half-Moon Bay by Rod Humble are similar, only instead of emotion, each game deals with a particular idea (commitment and creativity respectively). September 12, by Gonzalo Frasca, expresses the idea that declaring a war on terror is a flawed concept and attempts to persuade the audience. Some games are created like interactive paintings and have aesthetically pleasing graphics. There are also those, whose primary purpose is to create an emotional response. They are all artistic in their intent, yet they are definitely not mainstream.

Still, even big, expensive and famous titles can have a purpose other than (or not restricted to) mindless escapism. Take Silent Hill II, for instance. Unlike the first game of the series, this chilling sequel was built first and foremost around the story. And it shows. Many fans lamented that combats fell short of their expectations but the story is unanimously acclaimed.

Incidentally, the author of the idea Takayoshi Sato says it was inspired by a Russian 19th-century classic novel Crime and Punishment by Fyodor Dostoyevsky and esthetically influenced by painters such as Francis Bacon and Rembrandt and works of such film directors as David Lynch and Alfred Hitchcock.

At the same time, a commenter Patricia wrote: “The 'fictional universe' of Dostoevsky is shaped by morals, ideas, emotions, and religion – things that can't be properly rendered in a video game.” Still, in Silent Hill II, we find psychological suspense, symbolism, guilt, tabooed topics, reality distorted by the inner conflicts, the inevitability of facing your demons, and a revelation that you are a true monster here. Quite a lot for a piece of entertainment, even if not “properly rendered”, wouldn’t you say?

Anyone still not convinced that videogames are an expressive medium that can embody the work of art (if that was the intention)?

And the reverse is true: aren’t some films or books just escapist entertainment, not that sophisticated or cultured? Action movies and romance novels, anyone? Films and literature still allowed to be art forms, although not every book and movie out there can be classified as a work of art. Some of them are just gratuitous spectacles. Still, literature and cinematography aren’t barred as a whole from the Art’s Hall of Fame for having lower forms.

Of course, every medium can be golden – both entertaining and intellectual. A well-written book that was created for entertainment can touch on topics that are deep and complex, thus transcending into big literature. By the way, that was precisely the case with Fyodor Dostoyevsky’s The Brothers Karamazov. What is now considered obscure high-brow literature, in its basic core plot turns out to be… a whodunit detective story! 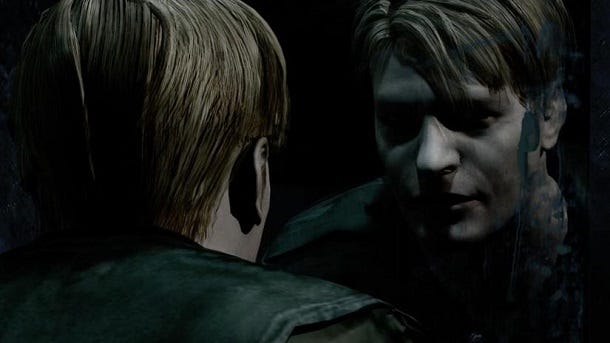 The same is with a well-built video game. Just like any other challenging pastime, it can be intellectually stimulating and address moral choices and the nature of humanity pushing it closer to art. Entertaining story and gameplay is a vehicle, the author’s perspectives are cargo load.

We don’t have enough experience with them

By that, I do not mean that we don’t play them often enough, although this also can be true, especially for the more ardent opponents of videogames. In short, it’s about a cultural paradigm shift.

Videogames can be as artistic in their nature as you like, but they will become culturally accepted as art when the majority will start treating them as art. When at school children will be tasked to create their own little games with two-minute gameplay about anything they deem important enough to explore. When any online essay writing service will display sought-for samples on “Packman to GTA: dangers of consumerism reflected in videogames” and art section in any bookstore will contain “Evolution of interactivity in art: handprints to Minecraft”.

After all, it was the commentary by literature critics that elevated literature to art somewhere around 19 century. Before that, works of fiction or belles lettres were regarded by the general public as nothing more than time killers for idle and rich. At best, the usefulness of a story was didactic: vice should be punished, virtue should be rewarded.

The theater was considered a base spectacle exclusively for entertainment until Shakespeare turned it into a medium through which one can question the status quo and explore the nature of humanity. Of course, Ancient Greek tragedies used to be art before Will shook the scene, but in early modern-period Europe, his art marked the turning point. People came for bloody murder and saucy jokes (tradition) and stayed for their world to be rocked (innovation!)

So when the number of reviews that dissect games as art, not as a product to consume, will reach a critical mass the discussion will be over. Or at least it will deal with each particular game coming out, not a genre as such.

We use obsolete definitions of art

When arguing can something be considered art or not, we unavoidably start from establishing what is art as such.

And there is always one side of the argument saying something along the lines: “How dare you comparing Mona Lisa to Minecraft?” Just to be clear: we don’t. Why would anyone? Just as we wouldn’t compare 2001: A Space Odyssey to the statue of David: the fact that we perceive both with our eyes does not make them comparable. Nor does it automatically rank one lower than another.

Modern art is predominantly about interpretations through the interactive experience. Just visit the closest art gallery. You will probably find an interactive exhibition or two that consists of a room full of lights, objects you can interact with or screens with looped videos you can watch for hours – anything that immerses the viewer in an atmosphere without even challenging them with a particular question – only a vague theme to explore. The artist creates an installation or an environment for the viewer to interact with and leaves any interpretations at your own discretion. Does it remind you of anything?

The problem with videogames, however, is that game designer creates rules, rules create play, and play creates the player experience. Rules have a very indirect effect on the player which is doubly harder to control and predict than the effect of an art installation or a book. And books can have an effect that is very different from what the author has envisioned.

As you can see, even traditional forms of art, such as fine art and literature, are less about an object itself but more about its interpretations by the viewer. To put it simply: it’s not about how the picture is painted but how it makes you feel.

To sum it up, can videogames be created not purely for entertainment but as a guided experience? Of course, they can.

Can we interpret them and experience them the way we do with a book or an installation in an art gallery? That rather depends on us as viewers. The Whole Plate Youtube series by Lindsay Ellis is a great half-earnest, half-tongue-in-cheek illustration of how art theories can be used to analyze even such unlikely material as Transformers movies.

So can a videogame be a piece of art? Yes, but to see it, we must first educate ourselves and open our minds a bit.